The cases have forced district officials to keep kids home from school, even some that don't have the virus. 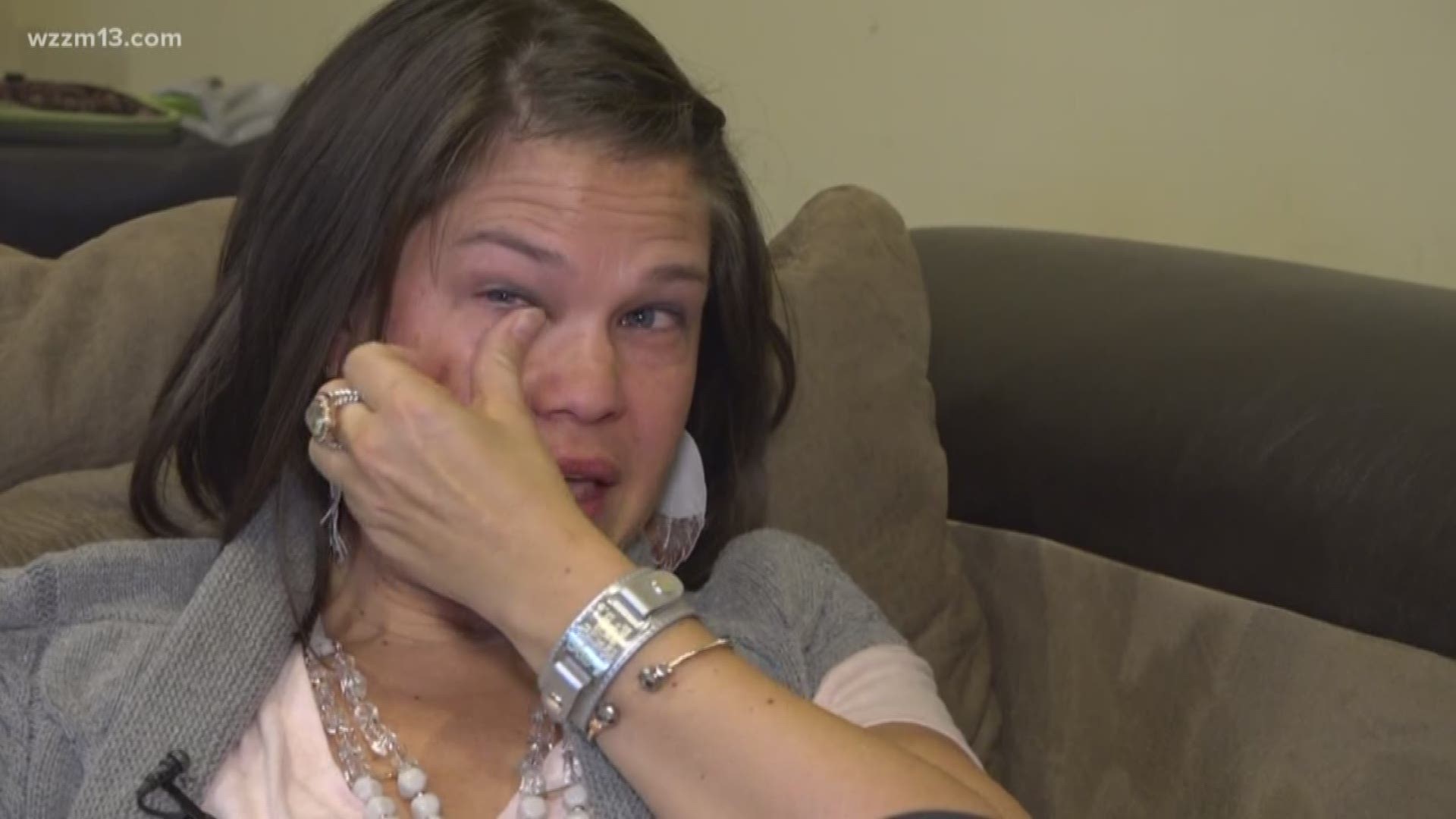 JENISON, Mich.- Rachel Atwood's home in Jenison is filled with the sound of a four-year-old running around curiously rummaging through his toys. Its sights and sounds this mother welcomes.

"A year ago he was non-verbal," she said.

Atwood's son, Timmy has autism and over the last year has slowly began communicating.

"Timmy is making amazing progress at his school," she told 13 ON YOUR SIDE as she began to cry.

"He said 'Mommy' for the first time a few weeks ago and we're seeing amazing growth and hope for his future and it's all because of the program for this school."

The school Atwood is talking about is Kids First School, Timmy currently attends the Early Childhood Center. But Atwood says that progress is in jeopardy after cases of chickenpox showed up in the school.

The cases have forced district officials to keep kids home from school, even some that don't have the virus. The Ottawa County Department of Public Health says any student at this school that hasn't been vaccinated for chickenpox or can't prove a previous diagnosis will not be allowed on school grounds for 21 days.

"His social piece, his ability to interact with others is a part of autism and for him to be able to function to have a life as an adult we need for him to get what he needs now," she said. "Him being excluded from therapy at this critical development point for his age is far more harmful than getting chickenpox."

Atwood says she initially decided not to give Timmy a vaccination because of his autism and the impact the vaccination may have on his behavior.

The Superintendent of Jenison Public Schools says the exclusion order was executed by the Ottawa County Department of Public Health and by law they are obligated to obey it.

"That is a our worse case scenario but we do that when we have to protect the health of the public," Marcia Mansaray, Epidemiologist Ottawa County Department of Public Health, said.

It was a decision Mansaray says wasn't an easy one but one made by extensive research and study made by a team of specialists.

"Its very difficult and challenging and we're fully aware this situation these kids are in," she added.

Mansaray says they chose 21 days based on research, it's the safest amount of time to assure no risk of contraction. She adds each parent that waived their vaccinations did have to sign a letter saying they were aware their child may have to be pulled from school to stop the spread of a disease.

"We don't take action unless we feel like there is a risk to other people," she continued.

Mansaray says parents with affected children can have them vaccinated against chickenpox at anytime. Once 21 days pass, they can go back to school but will need a follow-up shot.

Atwood says despite not having Timmy vaccinated previously, she did have it done on Thursday to keep this from happening again.