The investigation of an overnight May 24 fire at one of the country's largest car dealerships is over. 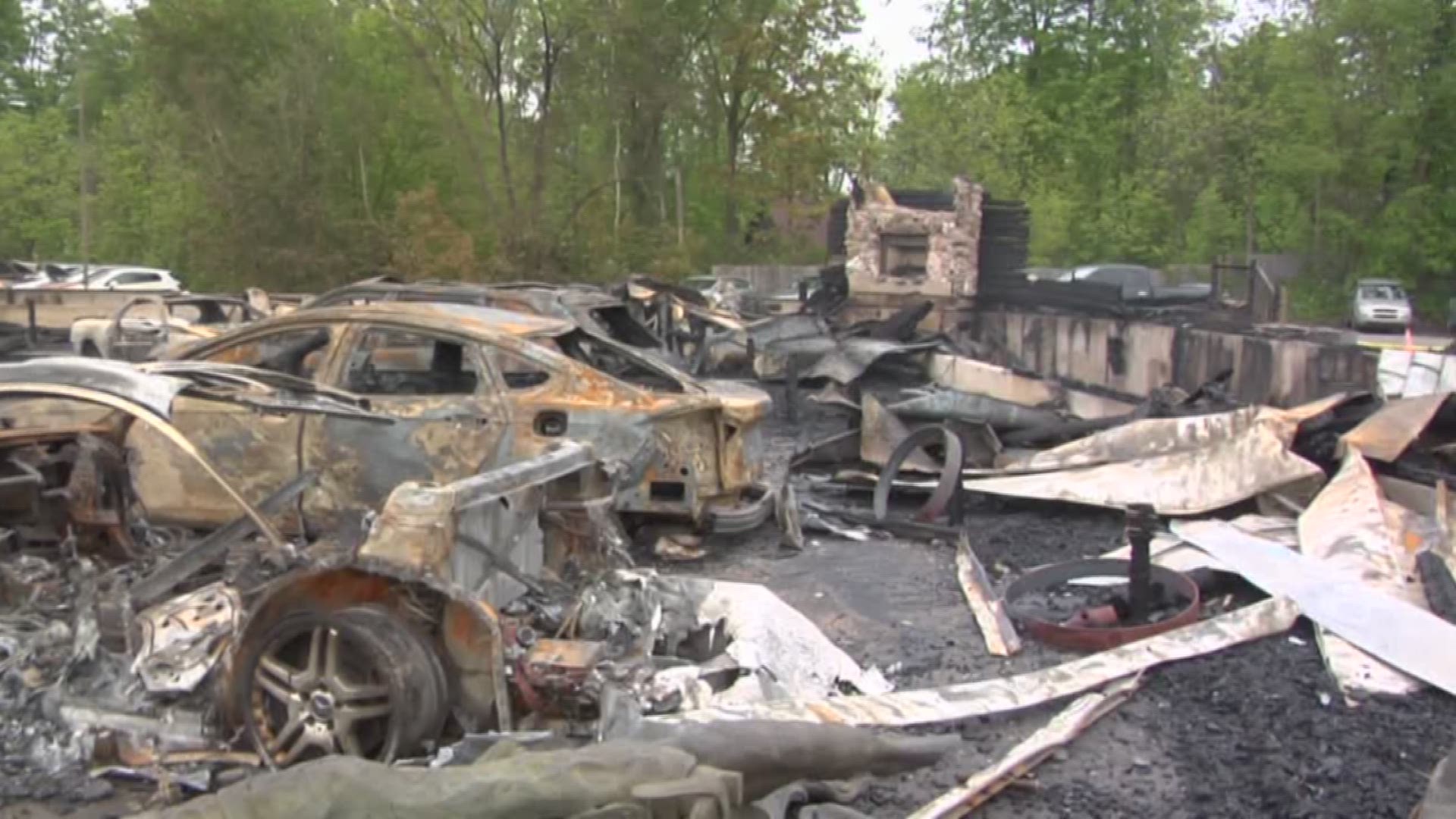 The investigation of an overnight May 24 fire at one of the country's largest car dealerships is over.

The cause remains unknown.

"You've got to remember that with a big fire, it can burn up all your evidence," Grand Ledge Fire Chief Rodney VanDeCasteele said.

The blaze burned Sundance Chevrolet's log cabin-style office building, known as "the bunkhouse," to the ground and destroyed about 40 used cars.

VanDeCasteele said the investigation ended Wednesday and will reopen only if new evidence is found. The area where the bunkhouse stood will likely take about a week to clean up.

Terry Hanks, Sundance's owner and cowboy pitchman, plans to rebuild the bunkhouse with the help of about 18 Amish friends.

The emergency actually turned into an opportunity for Sundance to show its resiliency. Just a few days after the fire, the dealership known for having up to 1,300 used vehicles launched "fire sale" advertisements. Hanks joked last week the dealership has "red-hot deals going."

"The old saying around here is that you can’t do anything on a negative note," said John Viselli, Sundance's general manager. "Everyone has stayed positive."

Last month, despite the fire's aftermath and the Memorial Day holiday weekend, Viselli said Sundance sold about 580 new and used cars. Under ideal conditions, Sundance averages about 25 sold per day.

Up to 1,100 used vehicle titles for the cars in stock were salvaged after the fire. Firefighters found the titles in a safe stuck in about a foot and a half of water inside the torched bunkhouse's basement.

"As far as anything else recoverable, most of everything else burned," VanDeCasteele said.

Employees haven't had it easy. Most are either working out of two temporary trailers or the dealership's showroom.

In over a week, locksmiths hired by Sundance made about 600 replacement keys. By Friday afternoon, Viselli said there were about 150 to go.

An outpouring of support from Grand Ledge, the mid-Michigan region and beyond helps.

“Now we need somebody to bring in Weight Watchers!” Viselli said, laughing.