The officer involved in the incident was given a 2-day suspension without pay by the Grand Rapids Police Dept. 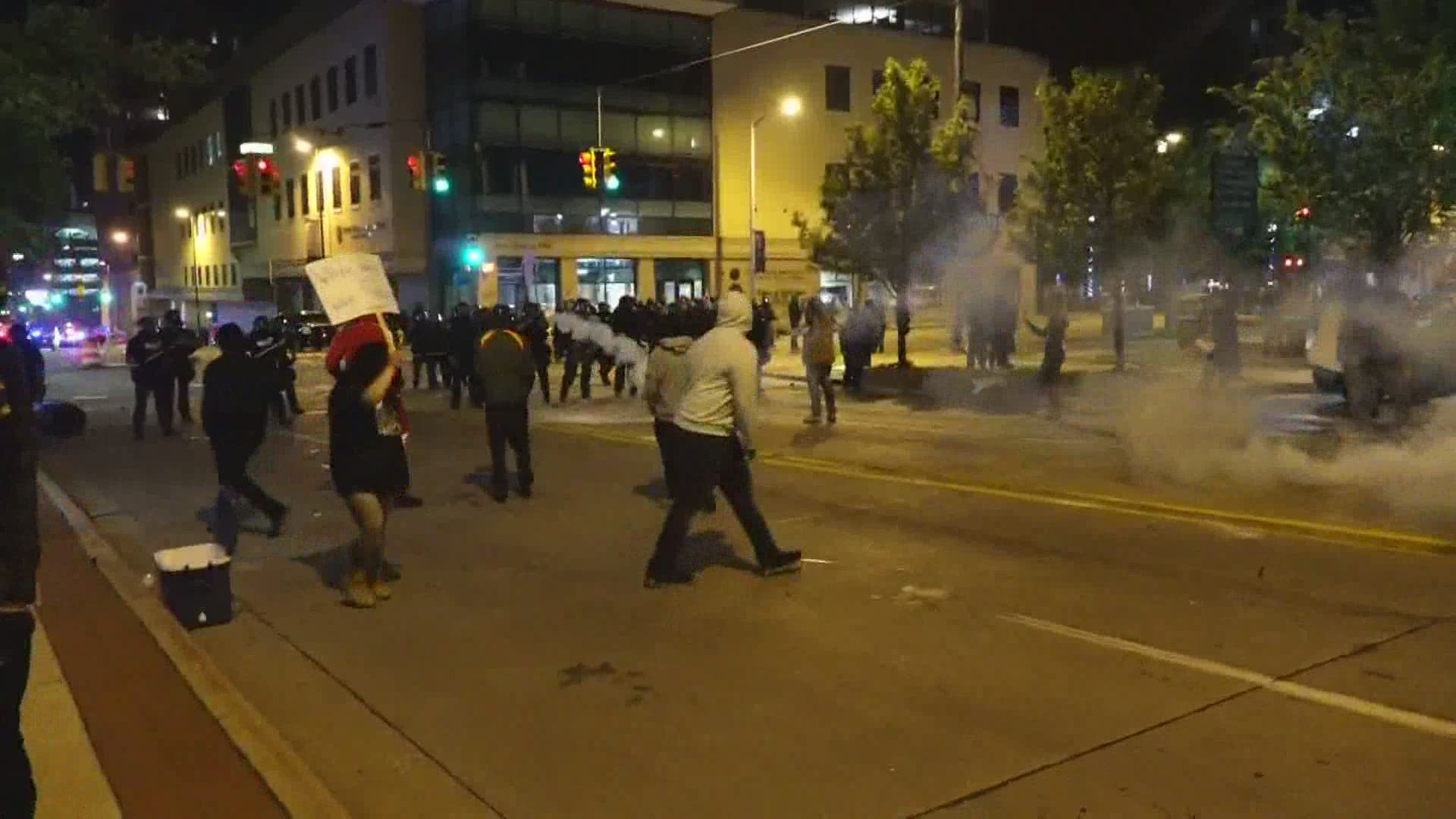 GRAND RAPIDS, Michigan — An incident widely circulated through a viral video and later the subject of an internal investigation is now the basis of a federal lawsuit accusing the Grand Rapids Police Department of excessive force.

Sean Hart was struck at close range by a canister fired by Officer Phillip Reinink.

The lawsuit says Hart was struck by the projectile shortly after being sprayed with mace and/or a chemical spray.

"Sean turned back to the officer line and Officer Reinink shot Sean, without giving Sean a warning, at point blank range with a long range projectile designed to be launched from 375-450 feet away,'' the lawsuit states.

It was caught on video and posted to Twitter. The incident happened during a May 30 protest, which police deemed unlawful after some began causing destruction to downtown buildings.

Multiple law enforcement agencies responded in riot gear and used tear gas and other weapons on demonstrators. Hart and his wife had not been part of the protest.

There were no charges filed in the case. Kent County Prosecutor Chris Becker said that it is virtually impossible to bring charges against an officer who is working to disperse a riot or unlawful assembly, per Michigan law.

The prosecutor also said that Hart would not be facing riot charges. While his actions could be "described as provoking," Becker said, they were not violent.

GRPD's internal investigation found that Reinink had violated his training. He was given a 2-day suspension as a result, and GRPD said it updated it's procedures as a result.