'I'm going to continue to do my job to serve you.' Black LMPD officer speaks out about Louisville protests

Protesters have been in downtown Louisville for over a month and so have LMPD. One officer speaks out saying it's not one group against the other. 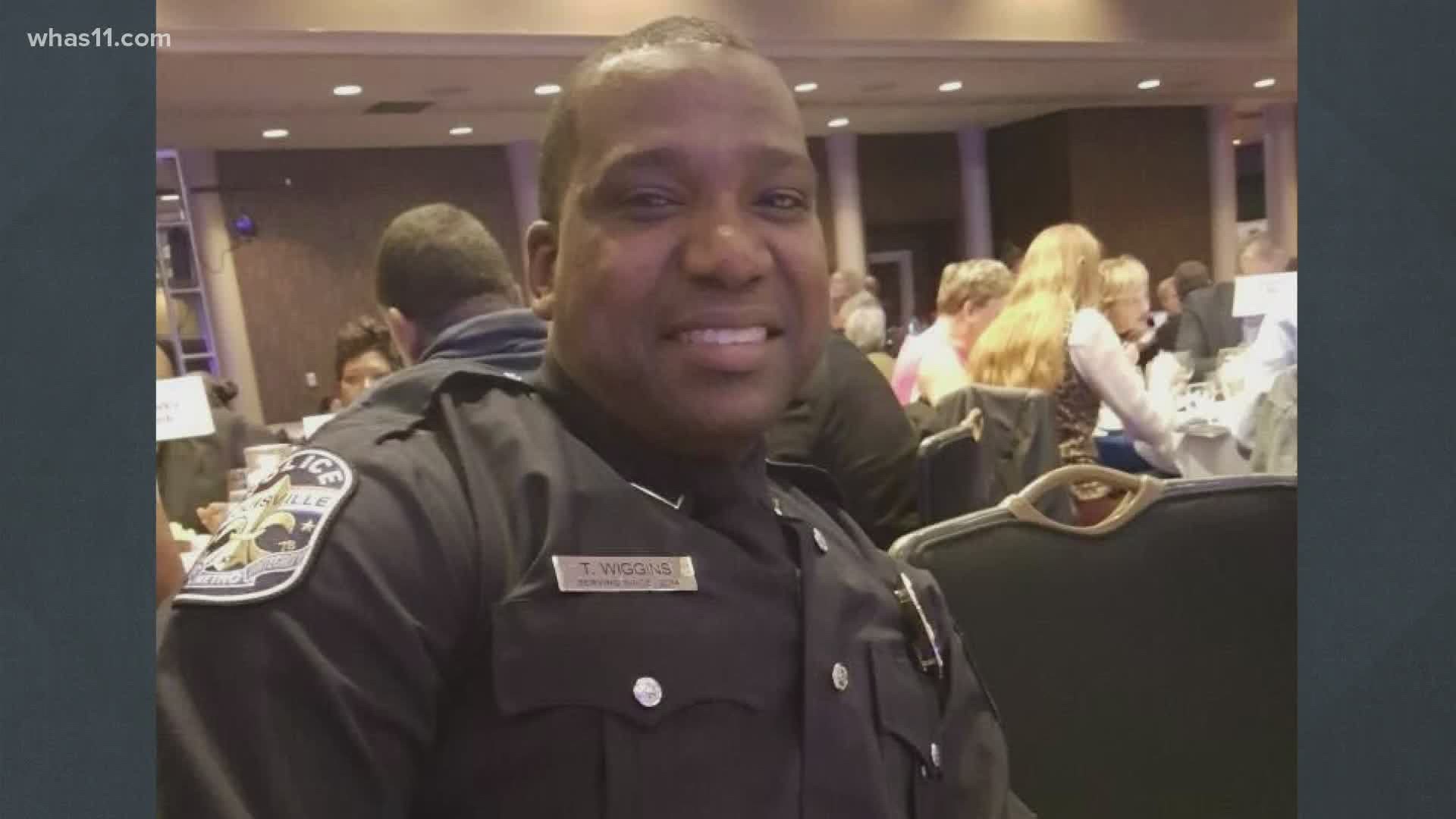 LOUISVILLE, Ky. — Protests in downtown Louisville continue as people demand justice for Breonna Taylor. We talked with an LMPD officer who says while it can sometimes appear to be police against protesters, that’s not the case.

“My cousin was killed by the police back in '99," Theron Wiggins said. "Desmond Rudolph, that was my cousin."

Born and raised on the West End, Theron Wiggins knows what it’s like to be racially profiled, “yanked off my bike and searched for no reason.”

So, Wiggins said he decided to make a difference. He was sworn into LMPD on March 12, 2015.

“I thought, what better way to make a change than to join the police? I love helping people," said Wiggins.

When he became an officer, it was a way for him to represent and understand the community he loved.

"I feel like me becoming a police officer made my family think about policing in a different light,” said Wiggins.

But as protests continue and tensions rise, Wiggins said that he while he completely understands what demonstrators are asking for, "these officers on the front line, they didn’t do anything to you.”

“To have my own Black community talking down on me, degrading me, is it worth it? That’s not what I signed up for," Wiggins said. "Whether you believe in me, I’m going to continue to do my job to serve you."

Wiggins said he understands the anger — he became a police officer to better the type of issues Louisville still faces today. He said it's important to know that they want bad officers off the streets as much as anyone.

"I don’t have anything on my record saying I did anything, because I do my job with pride, with joy," Wiggins said. "I’m not going to violate anyone’s rights and I’m not going to let anybody’s rights be violated in front of me."

But Wiggins said the way to diffuse any tension is to listen to officers on the front lines.

"If you stopped shouting in their face and talked to them as a person, they’d let you know how they feel," Wiggins said. "They will let you know what they think about the subject, but instead you’re putting us all in one bag saying you’re like him or you’re like her and that’s not the case."

Still Wiggins said no matter what happens, or what they believe, officers have to keep doing their job.

“We put on a uniform we swore to protect and serve, whether we feel the same way about the protests as you do, we still have jobs to do," Wiggins said. "Crime don’t stop."

Other stories on WHAS11 News: