Chris Rodriguez is leading art-lovers to healing one massive and positive mural at a time. 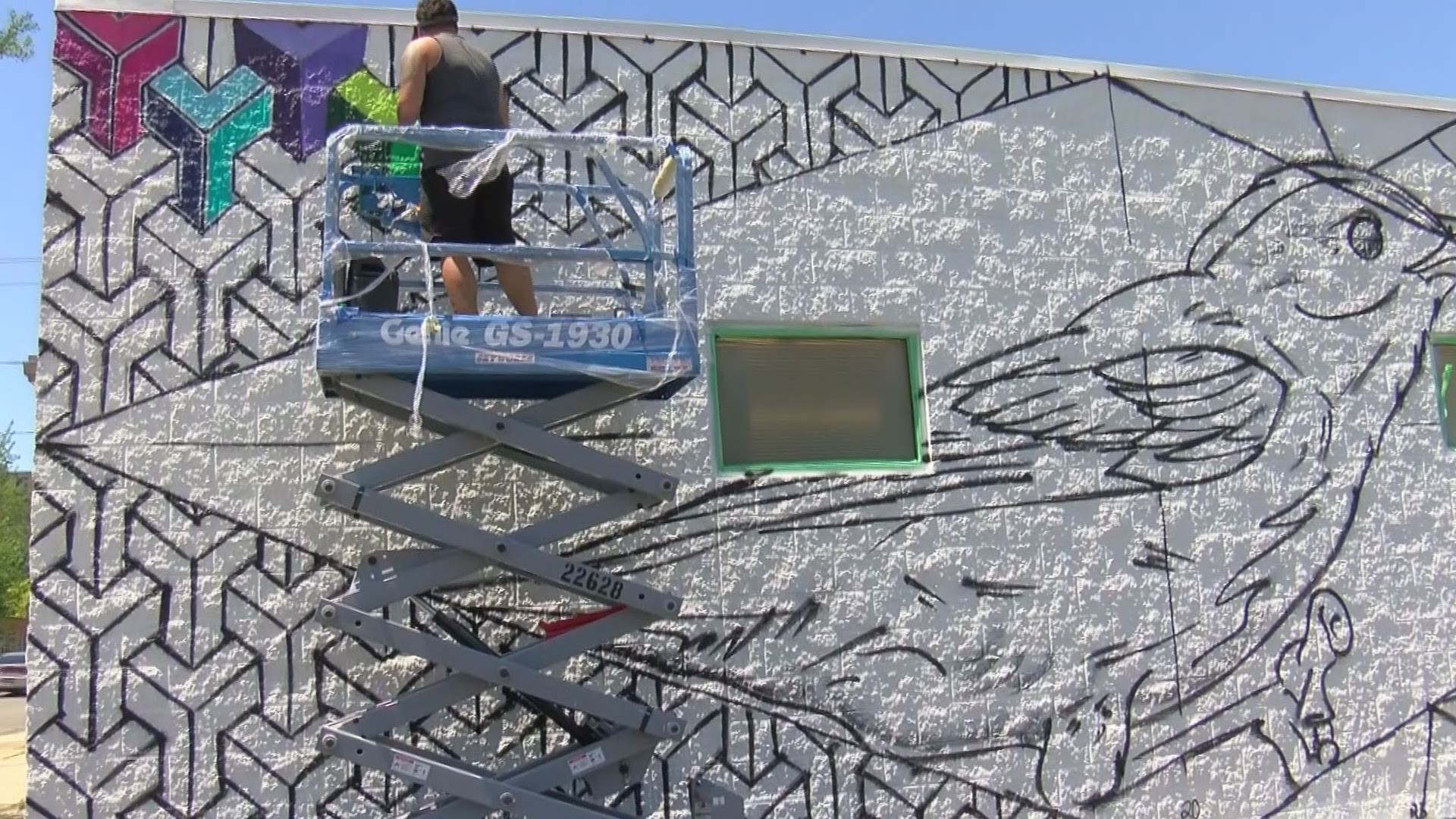 TOLEDO, Ohio — Throughout the city of Toledo, you'll find a variety of art on display.

A lot of the large, bright and impressive murals were created by local artist Chris Rodriguez.

"I just want to color the world and to use my art and skills to leave a positive impact on the world," he said.

He's been creating and drawing ever since he was a little kid. As his talent advanced, he developed a skill set for graffiti in high school.

"It was just like my name and letters and then actually going out and tagging walls and trains and stuff, which led me into fine art. And for the past five to seven years I've been doing murals and now I made it into a business."

When he creates, sometimes Rodriguez has a general idea in his head and other times he doesn't have an idea at all and allows his creativity to freely take charge. But no matter what road is taken to create his art, Rodriguez hopes those who see his work are lead to an overall sense of joy and comfort.

"I try to use a lot of color and vibrancy in my paintings. I think that you can heal through art and that's what I try to convey in my art a lot," he said.

He said he draws his inspiration from everyday life and in the climate of the world today, there is plenty to pull from.

But Rodriguez's life is inspiration enough. Most artists need both hands to create the murals he has done; Rodriguez does not.

"I think the biggest thing with me blowing my hand off is not letting it hold me back or get into a deep depression or really anything more mental. I got through all of that just fine."

Whether it's his art that inspires you or his ability to overcome his personal trauma, Rodriguez's goal is to influence the community in a colorful and meaningful way.

"I just want to color the world and to use my art and skills to leave a positive impact on the world."

RELATED: Celebrate the 'human experience' through dance with THE Modern Dance Company