How to prevent swine flu during your visit to the fair

After several animals tested positive for the swine flu in Michigan, the Kent County Health Department has advice on how you can keep from getting sick. 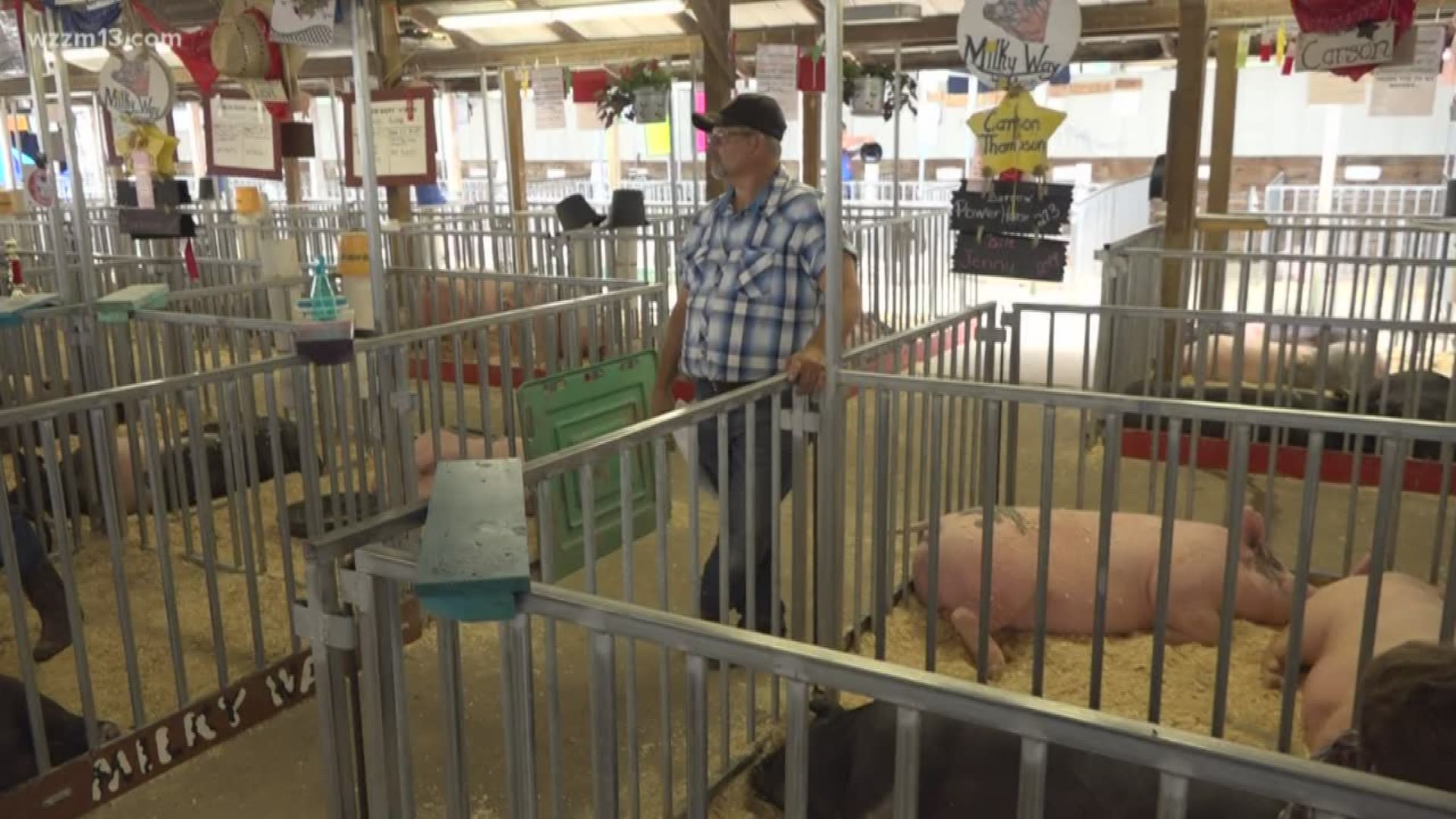 LOWELL, Mich. - It's the time of year to visit the fair and all the farm animals. But concerns have arisen over the swine flu, coinciding with the annual Kent County Youth Fair.

In late July, several animals tested positive for the swine flu at the Fowlerville Family Fair in Livingston County.

Two people exposed to the animals at the fair later contracted influenza A. The Kent County Youth Fair is working to prevent a similar situation from happening.

“The pigs are laying low, they're quiet, they’re healthy, their tails are curled," said Jim Vandefifer, the swine superintendent at the Kent County Youth Fair.

Vandefifer said they keep a close eye on everything.

“At weigh-in we weigh all the pigs, put them in the scale, we look them over as they're coming up," Vandefifer said. "If they're not healthy, then we turn them back.”

Other pigs snooze with their snouts in the sawdust.

“I walk through the barn a lot during the day and check and ask 'are they eating and drinking,'” Vandefifer said.

Humans can give swine influenza, and swine can give humans influenza, according to Brian Hartl, an epidemiologist with the Kent County Health Department.

“Anytime there's interaction between swine and humans, there is a potential risk for transmission of infection,” Hartl said.

You can help prevent getting sick from swine.

“Limiting any contact with the mouth or respiratory areas of the body, so eating and drinking in the animal area is not a good thing to do," Hartl said. "Taking kids into there with pacifiers, or toys or strollers -- you want to keep those things out of animal areas.”

Be sure to wash your hands when you leave.

“Every year we see a few cases nationwide of swine flu, in humans," Hartl said. "It's common in swine, pigs, but when it jumps to humans, that's a rare occurrence."

So far it’s been hog heaven at the Kent County Youth Fair.

“No cases of nothing here," Vandefifer said. "Definitely no signs, no fevers, nothing like that.”

There are also swine influenza vaccines available for pigs.

“There is a possibility we could be implementing that," Vandefifer said. "That's not definite, it's got to go through the development committee, then we go to the fair board with it as a recommendation and go from there."