The exclamation point on Grant Pratt's victory over cancer came on the biggest night of the year in Lowell. 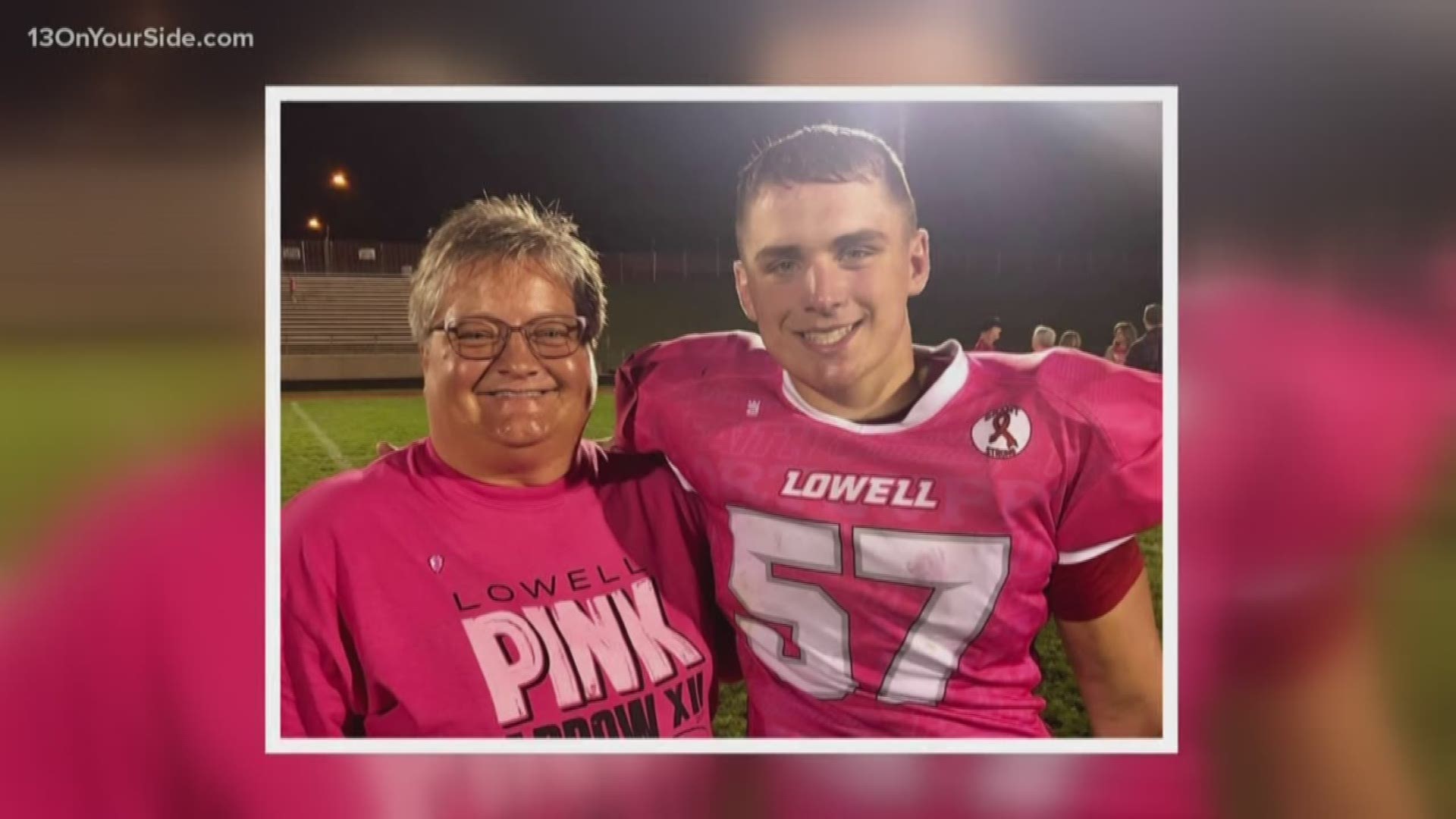 LOWELL, Mich. - Grant Pratt is beloved by his friends, family, coaches and teammates. The high school senior is a leader by example.

But to understand what else makes Grant incredible you have to go back to 2015. He wasn't playing high school football then. He was watching it. The Lowell Red Arrows were at Ford Field for the state championship game. But something wasn't right.

"The day of the championship game, Grant was very ill. He was still not recovering from what we thought was maybe a virus or mononucleosis or something of that nature," said Grant's dad Greg Pratt.

They ran into the team doctor who asked if they could bring Grant in the following Monday.

"Unfortunately we found out that he referred us right to Helen DeVos Children's Hospital. That same night he was diagnosed with leukemia."

Credit: Courtesy
Grant Pratt was diagnosed with cancer when he was in 8th grade.

At the time, Grant's mom was in the final stages of a battle of her own. She was in the process of beating breast cancer, and she was going through her last few treatments.

"We've talked about how it was a good lesson for him—finding out about his mom's illness and how she handled it, and how she went through treatment and had a positive outlook and set goals for further down the road."

For Grant, the first year was probably the hardest.

"I was at DeVos a lot, pretty heavy chemotherapy, not a lot of moving around," he said.

"It's a battle. It's like a 10-round boxing match. You're getting hit over and over again and you've just got to get back up.

Grant did get back up. He returned to school not long after being diagnosed, and he set himself an ambitious goal.

"I never wanted to stop playing football," he said. "I guess it was kind of an escape. You just kind of forget everything else and clear your mind."

Given the shape he was in, his parents and his doctors had their reservations at first.

"You've got to imagine a man who's 185 pounds playing eighth grade football. Now he's 132 pounds, physically depleted, and he set a goal for himself to play football less than a year away," his dad said.

But his parents were supportive.

Grant's peers supported him too, for years, until finally there were signs that he would turn a corner in his journey.

"The closer to the end, the more excited I got, to kind of see the light at the end of the tunnel. I'm blessed, I guess," Grant said.

Grant went into remission this past spring. This fall was the first time he hit the football field as a healthy high school student. A symbol of his victory would come during week three, on the biggest night of the year in Lowell—Pink Arrow Pride.

"That game means everything to the community in my eyes," said Henige. "It's so much bigger than just the football program. It is the community."

Grant is a linebacker, so he typically doesn't play offense, but Henige and his staff decide that if the opportunity arose, Grant was getting the ball. With a 34-0 lead over Greenville late in the game, it was his time.

"It was awesome when he scored that final touchdown," said teammate Grady McDonald, who was wearing "Pratt" on the back of his pink jersey that night to honor his best buddy.

"It was very exciting," Grant said. "The coaches gave me a great opportunity and I was blessed to score the touchdown. My teammates did a great job blocking and getting me in there." 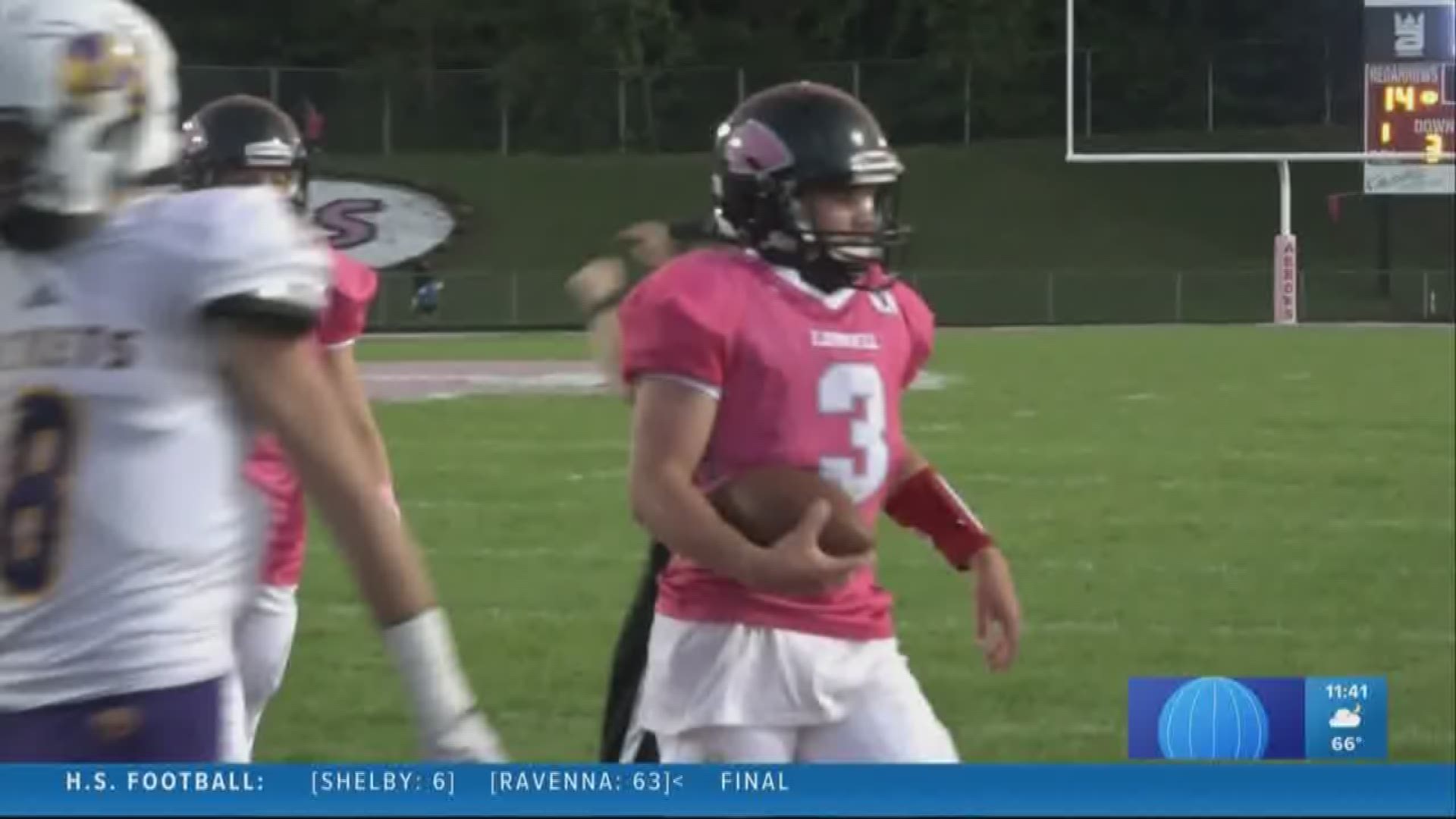 Now Grant has a message for anyone still fighting.

"Never give up on your dreams and keep working toward your goals, because there's always light at the end of the tunnel, no matter what." 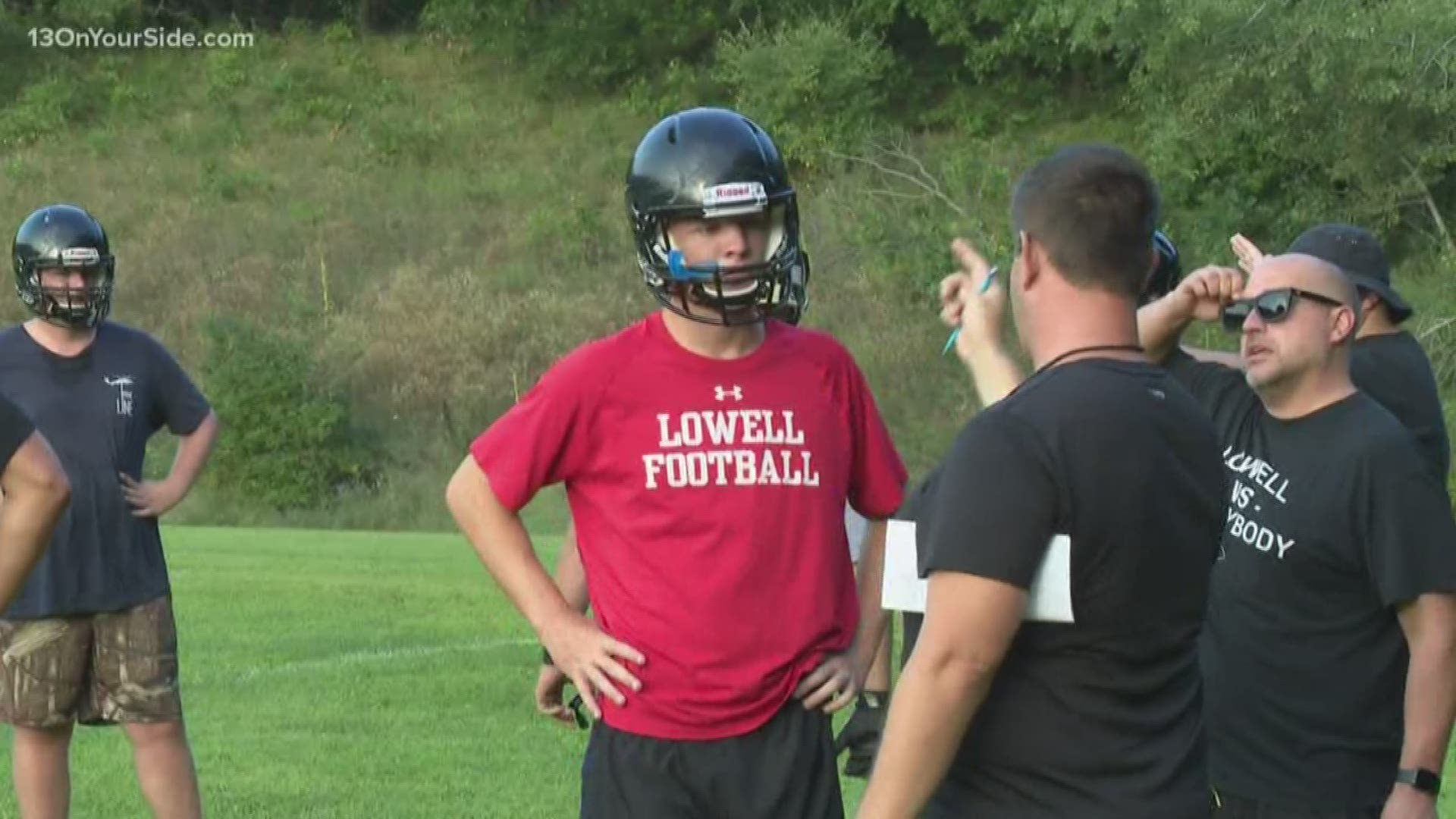