Chief Steve Bukala resigned after being with the Lowell Police Department for 25 years.

LOWELL, Mich. — The Lowell Police Chief has resigned, just days after a controversial Facebook post was deleted by the department.

Chief Steve Bukala resigned after being with the Lowell Police Department for 25 years. Records show that Bukala was disciplined several times over the last three weeks, in what was described as a "pattern of inappropriate behavior." The city manager told him he could resign by 5 p.m. or be fired at 5:01 p.m. Friday.

A disciplinary action report from city manager Michael Burns said Bukala was directed to make the post so residents were aware of the demonstrators. But when Burns read the last line, it appeared to be a political position, "possibly escalating rhetoric."

Burns asked him to remove that line, and Bukala responded with "This is a true statement."

The post gained some traction within the community, and Burns described the social media activity around it as "hostile." The official Lowell Police Department Facebook page also added to the statement and defended it in the comments.

"People!" started one comment, which said Lowell has had open carry demonstrators in town before. "Yes people are hypersensitive due to the riots and anarchists that have come to Michigan. They are exercising their right to open carry. No one has to agree or disagree." The comment was signed "Chief."

The post was eventually deleted. Burns said he contacted Bukala and ordered him per the mayor to remove the last sentence in the post after the city started getting complaints.

Thursday, the department posted an apology on Thursday, calling it an "ill-considered message" which was then defended.

"At a time when the residents looked to us for leadership, we failed," the post read. "We must take this opportunity to listen and learn so we can work together to defeat racism and build a more just an equitable society. We can and must do better."

In the disciplinary report, Burns lays out two other incidents in the past three weeks in which Bukala's social media behavior and email communications were addressed. In mid-May, Burns talked to Bukala about his personal social media posts that were not in support of Gov. Gretchen Whitmer and a photo posted on May 11 of him at Home Depot, in which he was wearing a mask on his elbow.

Then on May 27, the Lowell Police Department was asked if they could assist with a caravan of vehicles honoring the Lowell class of 2020. However, since the stay at home order was still in place, the city could be violating the order by participating in the caravan. Bukala emailed the organizers back and told them the police department could not participate, but outlined how they could run the caravan safely. He said this would keep the "Gretchen Posse of my back and the city's back."

Burns said he told the police chief to be professional, and he could have "easily responded to her as Governor Whitmer."

Bukala has been with the city of Lowell since 1995 and Chief since 2013. He was placed on administrative leave in 2017 for a misconduct investigation, and he eventually took a plea deal to a misdemeanor charge of willful neglect of duty by a public officer. 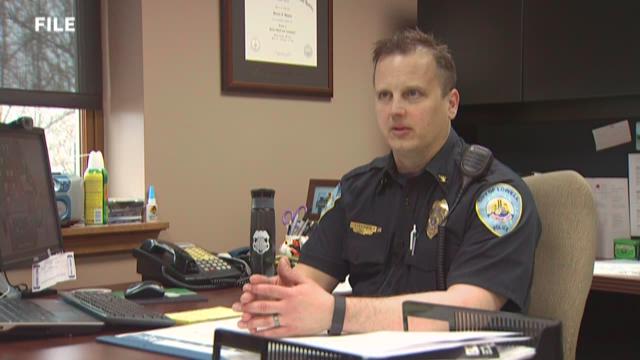