Lowell elementary student raises over $2K for animals in Australia

Reese Kinney raised thousands of dollars for the animals affected in the wildfires in Australia. 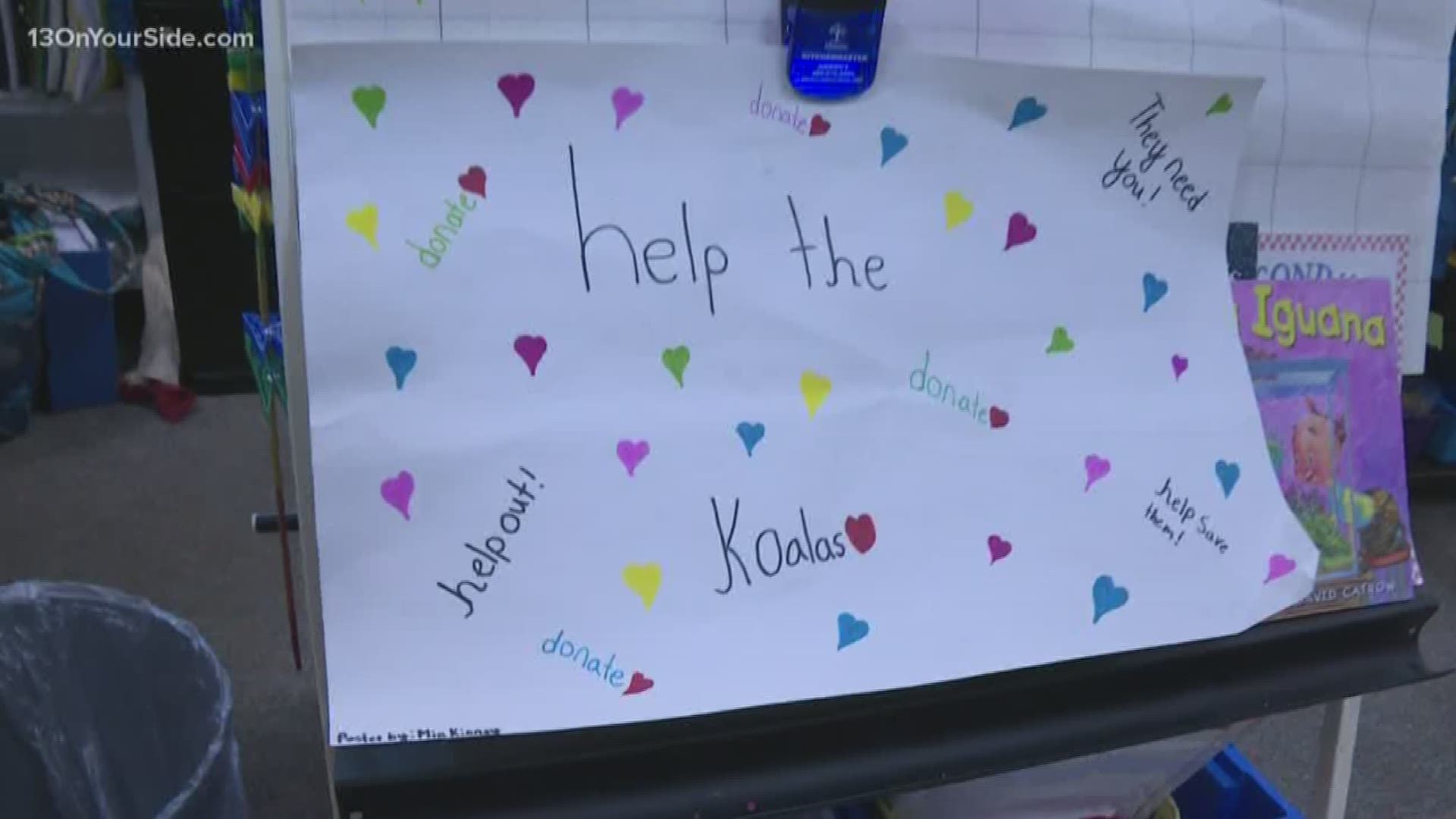 LOWELL, Mich. — A first grader from Lowell has raised over $2,000 for animals in Australia affected by the recent wildfires.

Reese Kinney attends Murray Lake Elementary School. She is 7-years-old and with the help of her mom, teacher and other students in class, she was able to raise funds for the cause.

"My mom showed me a video of the Australian animals and there was a bunch of them that were laying on the ground dead," Kinney said. "So I thought that maybe if I asked my teacher, that she would say yes to donating money."

At first, Reese's goal was to raise $500 for the Australia Zoo Wildlife Hospital. But she quickly surpassed that goal. Reese was able to raise $700 at school and around $1,300 online.

Lowell Area Schools
Think kids are too young to affect change? Think again. Murray Lake Elementary student Reese Kinney wanted to save all of the animals effected by the bush fires in Australia. This 7 year old student...

A conservation group estimates that 1.25 billion wild animals have died in wildfires that have devastated Australia since the fire season began in late July. That doesn't include animals that are injured or now left homeless.

According to the Associated Press, WWF-Australia says that most of the dead species that cannot move fast enough to escape. Reptiles make up the largest group of species that have been killed. Birds are next, followed by mammals like koalas and wallabies.

AP reports that out of the estimated 100,000 to 200,000 koalas across the country before the fire season began, at least 22 are believed to have been killed.

Cool conditions and rain bring some respite, but there are more than 50 fires still burning in the states of New South Wales and Victoria. But Australia has not seen enough rain to make a sizable difference in the overall battle.

More news on the Australia wildfires on 13 ON YOUR SIDE: