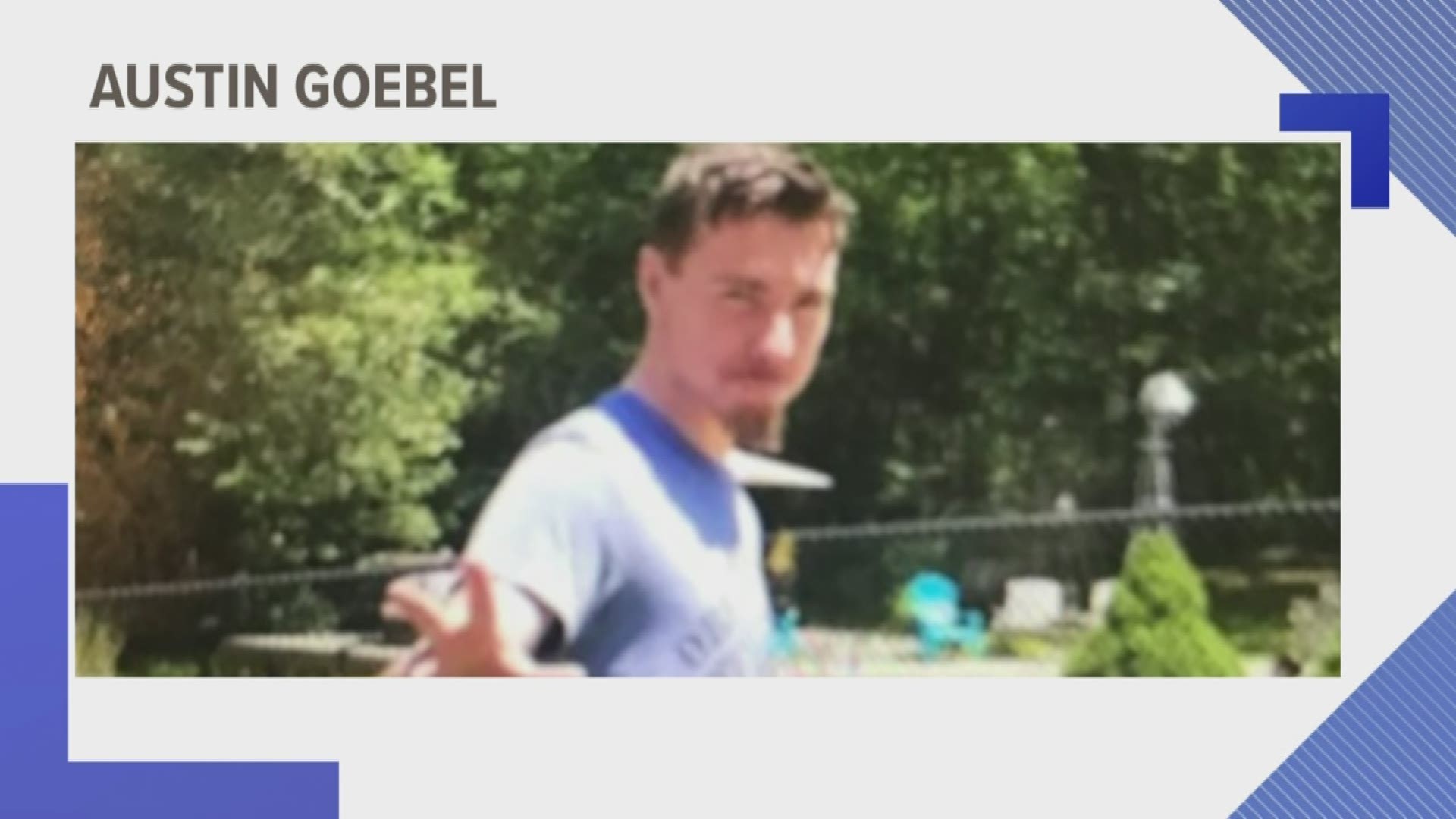 UPDATE, 7:45 p.m. - The Kent County Sheriff's Office said Austin Goebel was found dead on a piece of property near his home.

Goebel's death remains under investigation, but police said there is no indication of threat to public safety.

KCSO said Austin Goebel, 23, has been missing from his Vergennes Township home since late in the day on August 11. Family members said they have concerns for Goebel's mental health and believe he could be in danger, according to police.

Authorities checked the surrounding area including known trails and parks but the search was negative. A K-9 track was also attempted despite a large time gap and was negative, as well as a local hospital check.

Goebel is wearing unknown clothing with blue Nike shoes. He is described as a white male, 5-foot-10, 160 pounds with light brown hair and a shaggy goatee.

Anyone with information should call the Kent County Sheriff's Office at 616-632-6352.