7 years after being burned down, Whites Bridge is nearly rebuilt

The mild winter helped crews get a jump on their deadline, which is July 3. 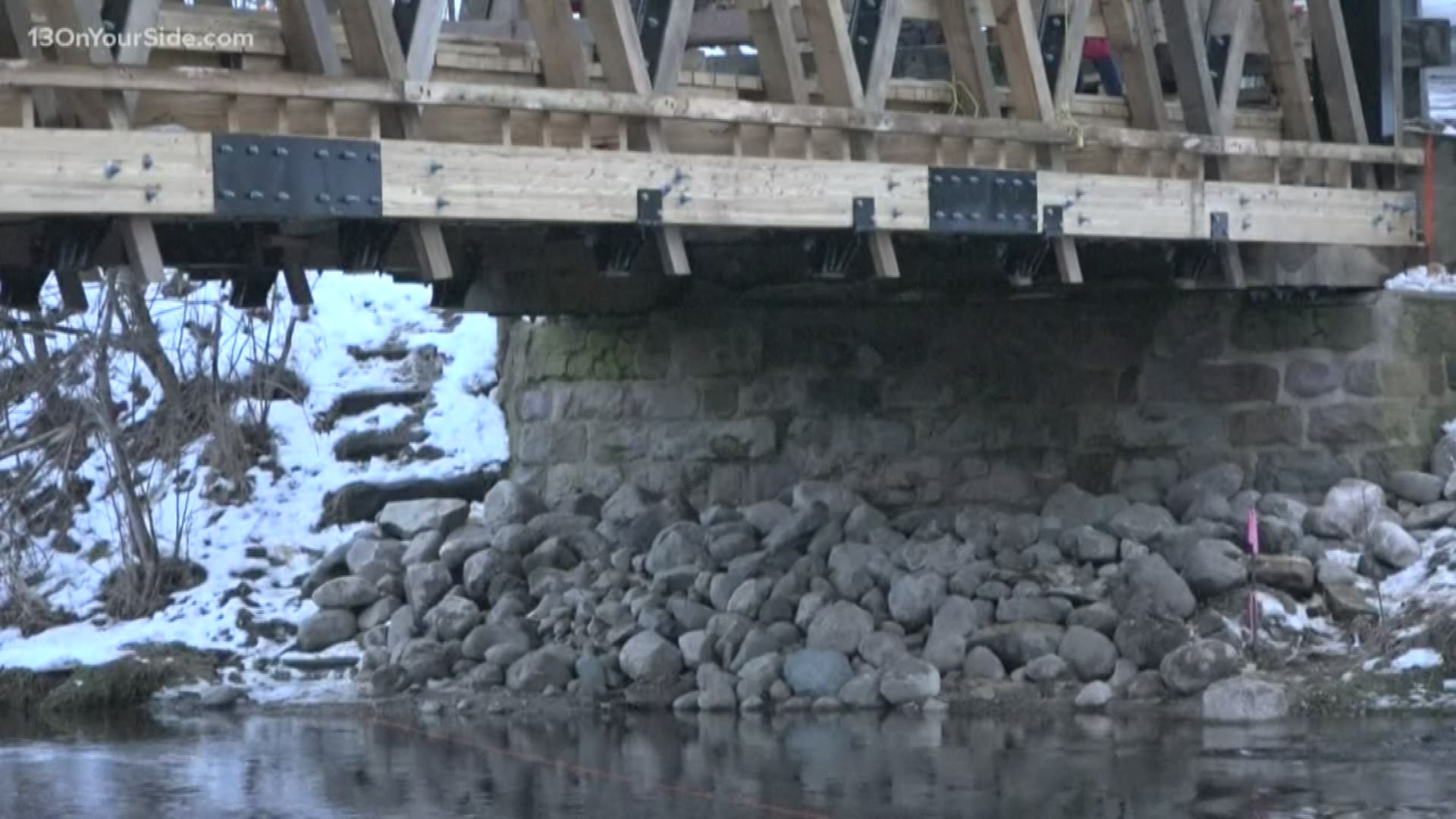 SMYRNA, Mich. — The last time it was used, only 52 cars crossed Whites Bridge per day. But what it lacks in traffic, it makes up for in charm and sentimental value for people along the Ionia and Kent County line.

The bridge that crosses the Flat River in Keene Township was intentionally set on fire in July of 2013. The person responsible was never caught.

"The biggest disappointment was when we hit $480,000 and we said 'hallelujah' because we needed $450,000 to rebuild the bridge. We put it out for bids and they came back at $800,000 plus and our hearts just sank," said Vice Chairman Jeff Christensen.

But now the funds have been secured, the work is underway, and tangible progress is being made. Davis Construction has finished much of the bridge and is on pace to beat its deadline thanks to a mild winter.

"It tugs at my heart really hard," Chistensen said. "It's good to see progress."

The new bridge will have some upgrades from the old version. It'll be strong enough to hold emergency vehicles that may have to cross the Flat River. It'll also have around the clock surveillance, and every five years fire retardant will be applied to make sure the bridge never burns down again.

"Because of the rebuild, it's not an exact of the old Whites Bridge," Christensen said.

The bridge will keep its historical designation, though, because the cobblestone abutments on each side of the structure were able to be saved. The historical society also hopes that Whites Bridge will retain its original charm at that future generations can make the same memories they made at the bridge.

"Whites Bridge needs to be everybody's," Christensen said. "Whether you visit from out of town, whether you grew up here, whether you went to a fundraiser at some point and helped us, it's everybody's bridge." 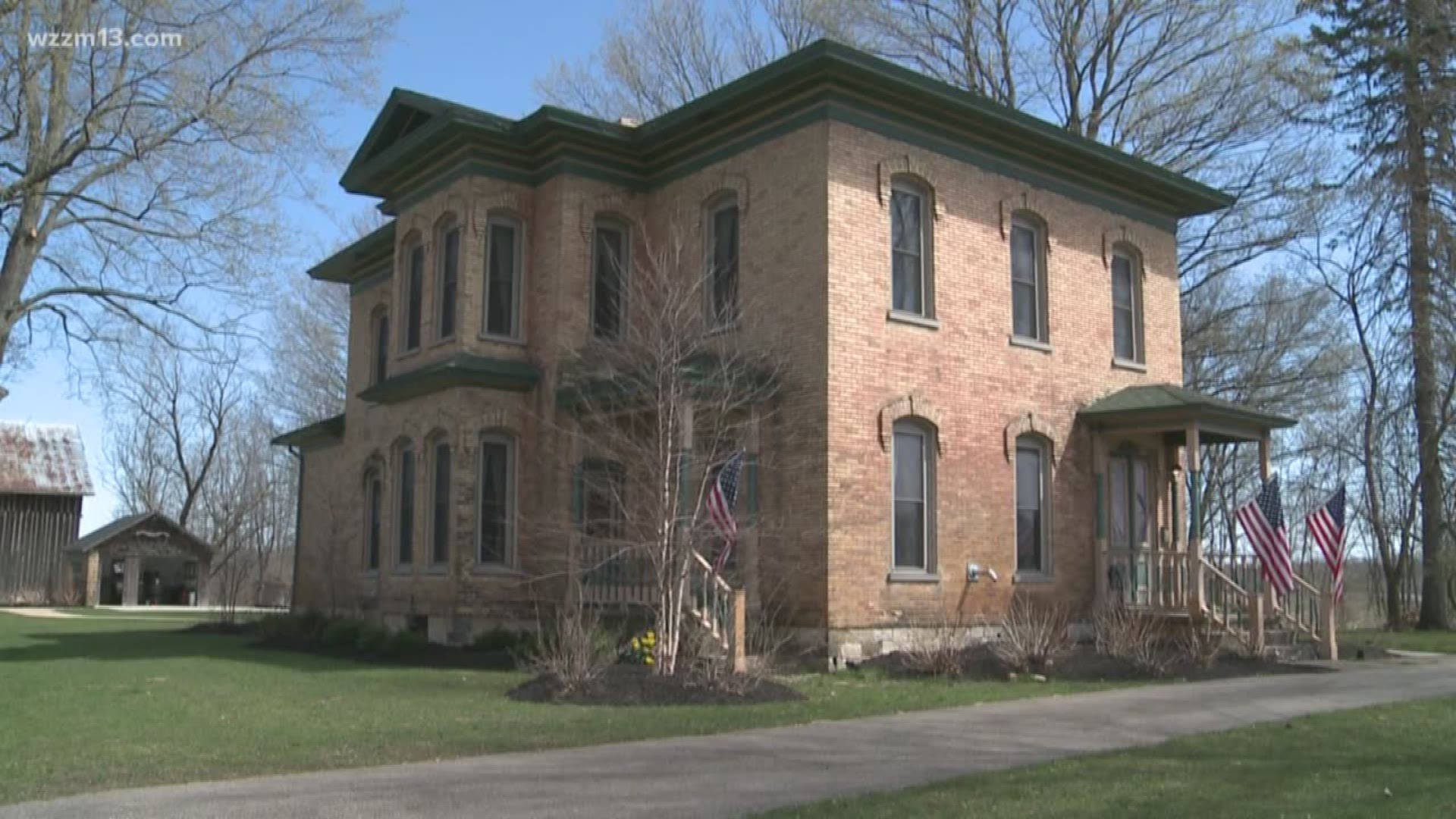