Search efforts continue to look for the 38-year-old missing man. 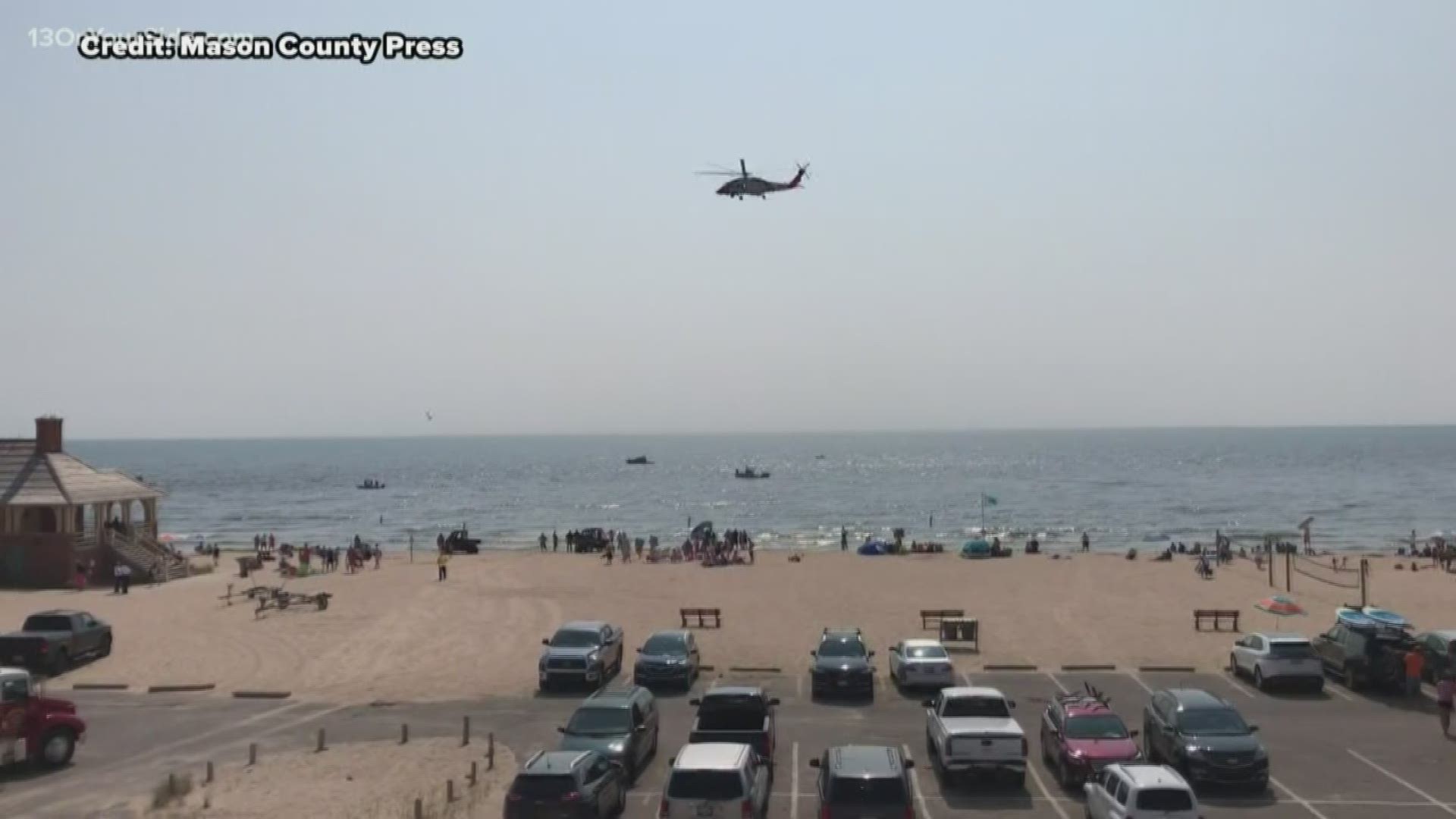 LUDINGTON, Mich — UPDATE: At 3:13 p.m. on Thursday four people were swept out to Lake Michigan, one of whom is still missing, according to the Mason County Sheriff Department.

The 38-year-old man is still missing, and the Sheriff's Department are presuming it as a drowning.

The other three people who were swimming with the man at the mouth of the Sable River were pulled to safety and are all related to him. Two are children.

A portion of the beach was closed while crews continued to search the area. 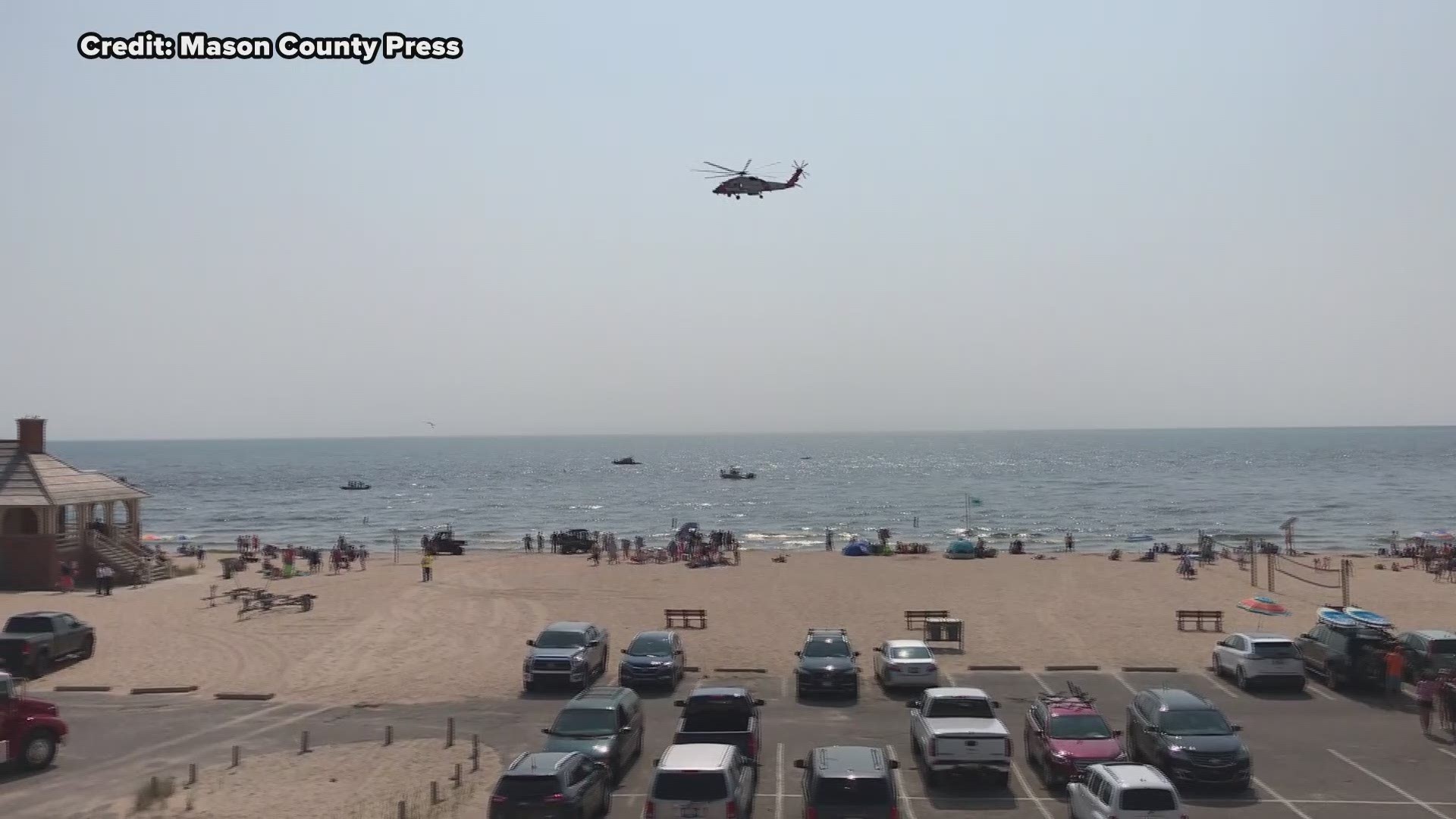 They also encourage people to take caution when swimming around the outlets into the lakes as the water levels are high.

The Sheriff's Department asks the public to avoid the area as search efforts continue.

This information is according to The Ludington Daily News.

The MCSO Dive Team was called to the scene at 3:40 p.m., and the Scottville and Custer fire departments were called to assist with an air trailer.

The Manson County Sheriff's Office said on Facebook that deputies were looking for a white man in the water and that people should avoid the area.

Earlier this week the Mason County Sheriff's Department recovered 18-year-old Daniel McCarthy from Lake Michigan. He was located about 300 yards from shore at a depth of 18 feet near Ludington State Park.