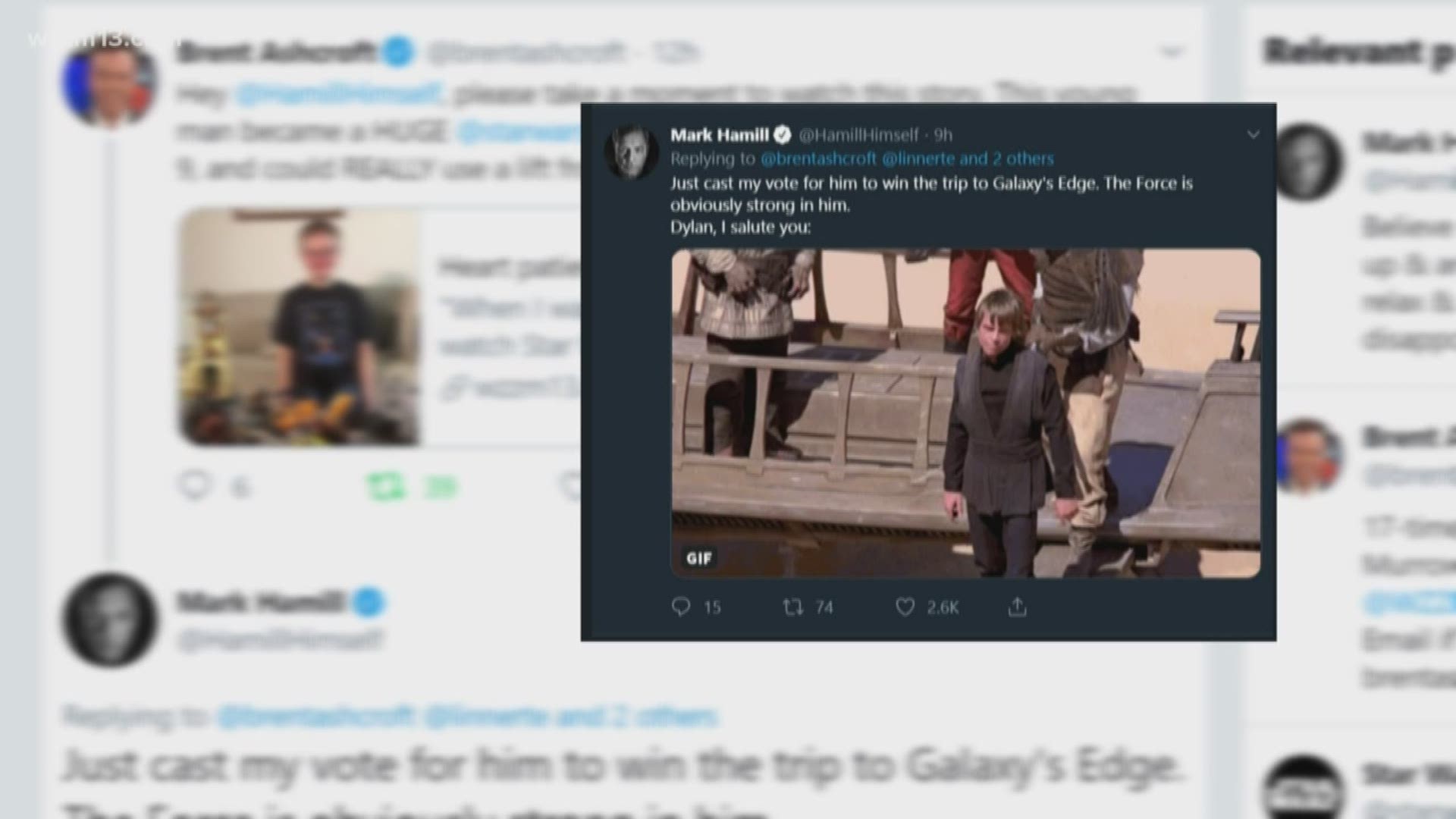 GRANDVILLE, Mich. — When Dylan Van Dyke entered the Project Heart Star Wars challenge earlier this month, he was hoping to secure all the votes he could get to win. He certainly didn’t expect that *the* Luke Skywalker, Mark Hamill, would be one of the vote casters.

Well, the Force must certainly be with Dylan.

13 ON YOUR SIDE first aired Dylan’s story Thursday at 6 p.m. The 15-year-old Grandville High School sophomore has battled several heart defects throughout his short life. He endured open heart surgery when he was 9. 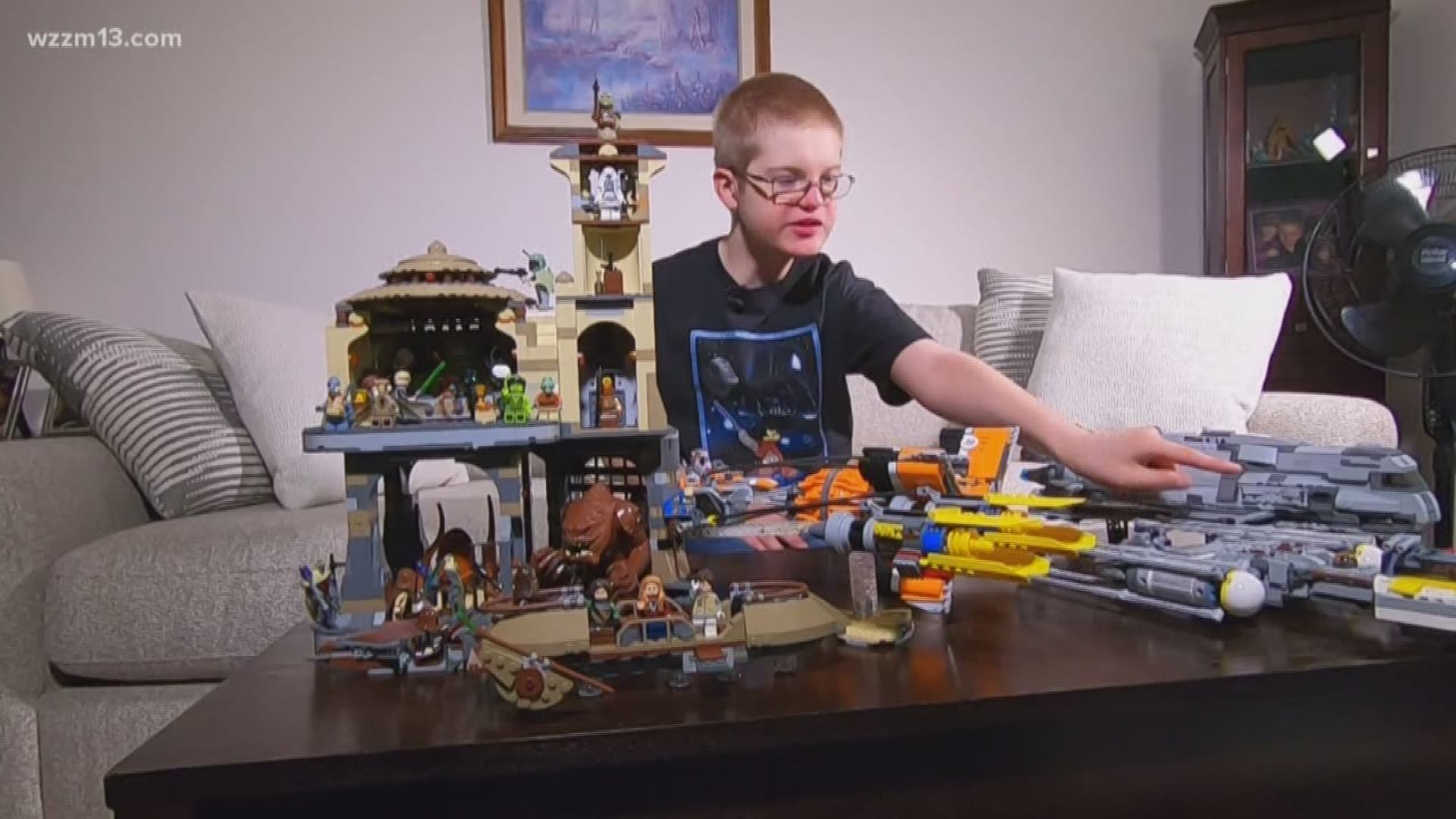 Earlier this month, Dylan’s mother, Dawn Van Dyke, learned about the competition when she was online. Dylan decided to enter a photo of himself surrounded by many of his Star Wars Lego creations. For the past three weeks, Dylan’s entry has been flipping between first and second place.

Should Dylan win, he will receive two tickets to visit one of Disney’s new Star Wars: Galaxy’s Edge theme parks in either Anaheim, Calif. or Orlando, Fla.

After Dylan’s story aired Thursday night, the votes started pouring in, giving Dylan what appeared to be a healthy lead in the competition.

13 ON YOUR SIDE reporter, Brent Ashcroft then tweeted the story to Mark Hamill, who portrayed the character of Luke Skywalker in eight of the Star Wars saga movies, and will reprise the role one final time in the upcoming "Star Wars: The Rise of Skywalker" later this year.

Ashcroft’s tweet read: "Hey @HamillHimself, please take a moment to watch this story. This young man became a HUGE @starwars fan after enduring open heart surgery at age 9, and could REALLY use a lift from Luke Skywalker!"

Hamill responded to the tweet saying: "Just cast my vote for him to win a trip to Galaxy’s Edge. The Force is obviously strong with him. Dylan, I salute you."

Upon learning of Hamill’s response, Dawn Van Dyke said, “Wow!! Dylan is ecstatic right now. He’s all smiles. You guys just put the icing on the cake with the whole thing!”

Voting in the competition remains open until 11 p.m. Friday night.