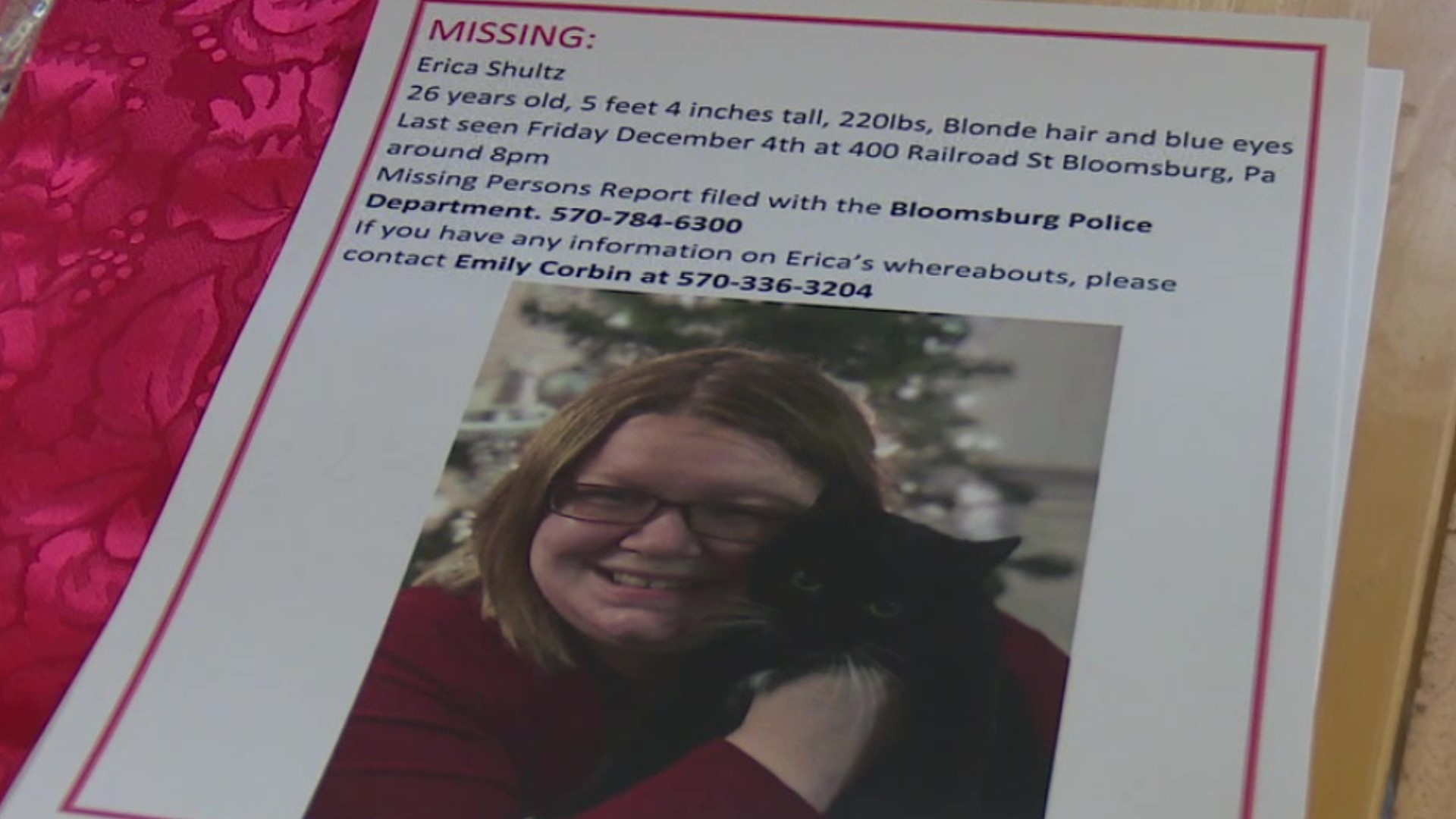 After weeks of searching, state police found the body of 26-year-old Erica Shultz. She was reported missing in early December.

Not only do police already have a suspect, but they've also already made an arrest.

Shultz was found in a wooded area near Hobbie Road in Butler Township, about a half-hour away from Bloomsburg, where Shultz lives and the last place she was seen.

Harold Haulman, 42, is charged with criminal homicide, kidnapping, and abuse of corpse.

State police say Haulman has no known address, and he does have a criminal history.

According to a news report from 2013, Haulman was also arrested for an attempted robbery near Harrisburg.

Newswatch 16 spoke to Erica's family the first week she was missing. They told us then that something didn't feel right - she had autism and diabetes and her family says she never would have left home without her medicine or her cat, both of which were still in her apartment after she went missing.

Newswatch 16 spoke to a neighbor who lives near the area where Erica's body was found.

"I'm devastated because I have a son who is 20 years old with special needs, so it hits home a little bit. My prayers go out to them. I can't even imagine how they must be feeling because if it were my son, I just couldn't. So, God bless, and my prayers go out to the whole family," said Theresa Hallahan of Butler Township.

This arrest is a result of an investigation conducted by state and local law enforcement as well as the FBI. Haulman is in police custody and is being taken to the Luzerne County Correctional Facility.