It's almost Thanksgiving and for one local business, that means preparing for Christmas. 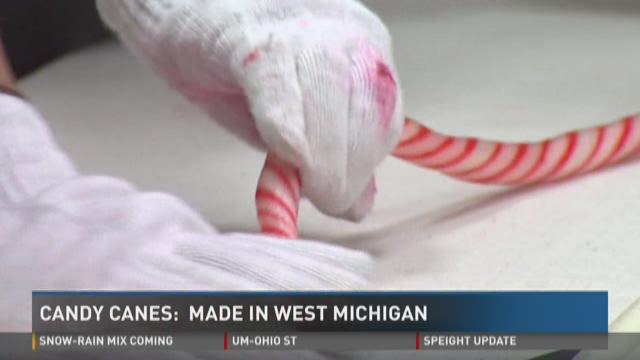 It's almost Thanksgiving and for one local business, that means preparing for Christmas.

At Sweetland Candies in Plainfield Township, it's a family affair. Four generations of candy-makers are hand-rolling candy canes.

"It's a made in Michigan product, homemade," owner John Naum said. "It’s not a mass produced product. ... Most candy canes are made in Canada, Mexico, and China. They're hard to find made in the USA.

"There are a few small shops that make them, but only a handful."

For the family, the holiday tradition went away for several years.

"About five years ago we brought them back -- so we wouldn't lose it," Naum said. "Everything was going retro, nostalgic, it was a good time to bring it back."

Sweetland Candies usually produces about 600 candy canes per year. It might be more this time around, because of a high demand.

The homemade candy canes come in both peppermint and cherry. They can be found at all of the Sweetland locations within the next couple of days.