John Fox, a member of the Pokagon Band of Potawatomi, painted the mural decades ago.

Credit: AP
FILE - In an undated file photo, the mascot of the Saugatuck High School Indians is seen in the school's gym in Saugatuck, Mich. The man who painted the mural in 1975 said he's willing to cover it up if the western Michigan district drops the nickname. The 800-student Saugatuck district discussed the issue Monday, July 20, 2020, during a school board meeting held by video conference. The superintendent and board president last week said it's time to reexamine the Indians nickname. (Holland Sentinel via AP, File)
Author: Associated Press
Published: 4:00 PM EDT July 21, 2020

SAUGATUCK, Mich. — The man who painted a mural of an American Indian at a school gym in 1975 says he’s willing to cover it up if the western Michigan district drops the Indians nickname.

The superintendent and school board president in Saugatuck say it’s time to reexamine it.

The 800-student district discussed the issue Monday during a school board meeting held by video conference.

John Fox, a member of the Pokagon Band of Potawatomi, painted the mural decades ago. He says he'd paint a new logo at no charge.

The board didn’t take a vote Monday.

Meanwhile, the Clinton district is dropping the Redskins nickname after the NFL's Washington Redskins did the same. 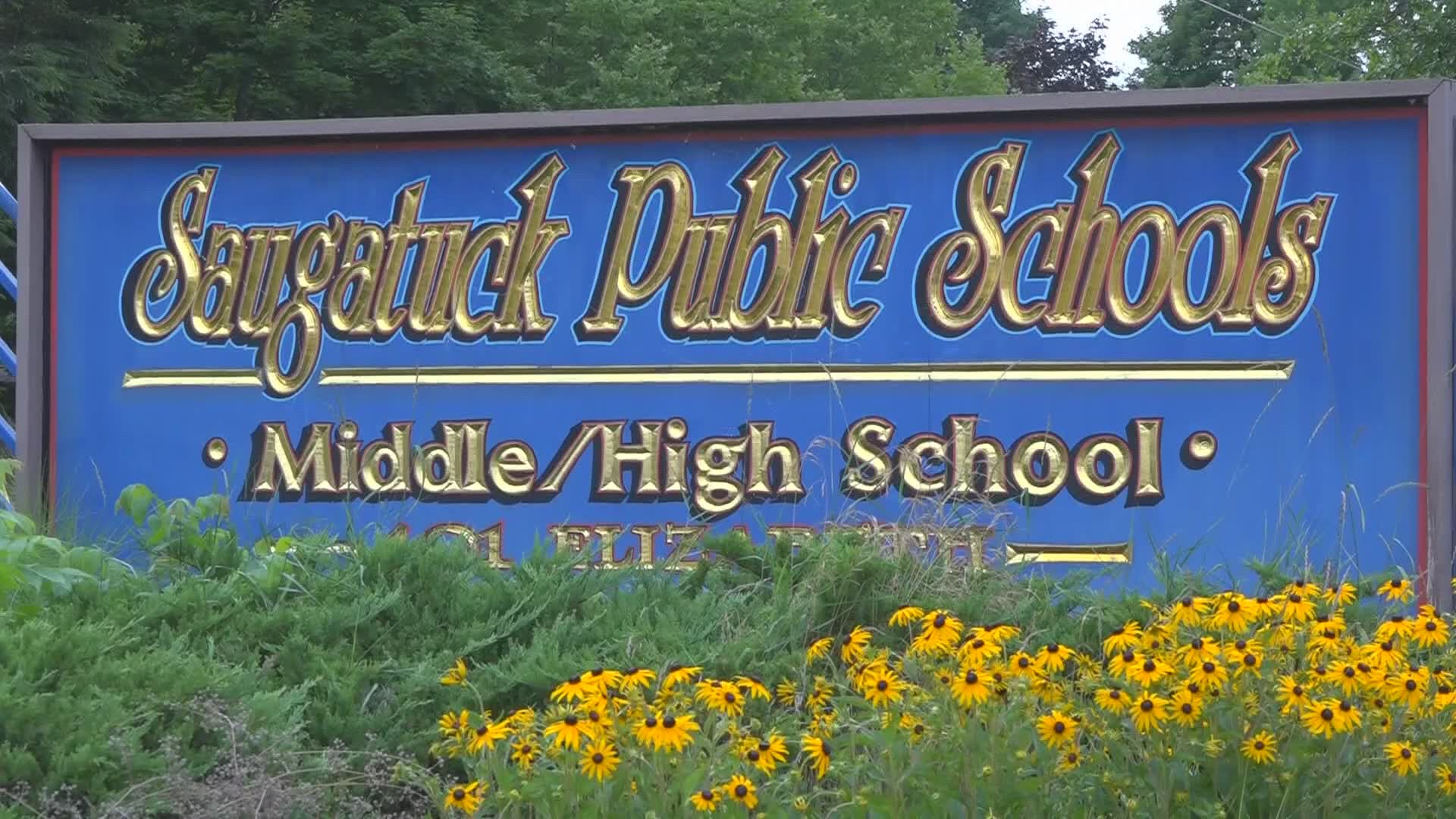