The list now features 22 ailments that will allow a doctor to recommend a medical marijuana card for a patient. 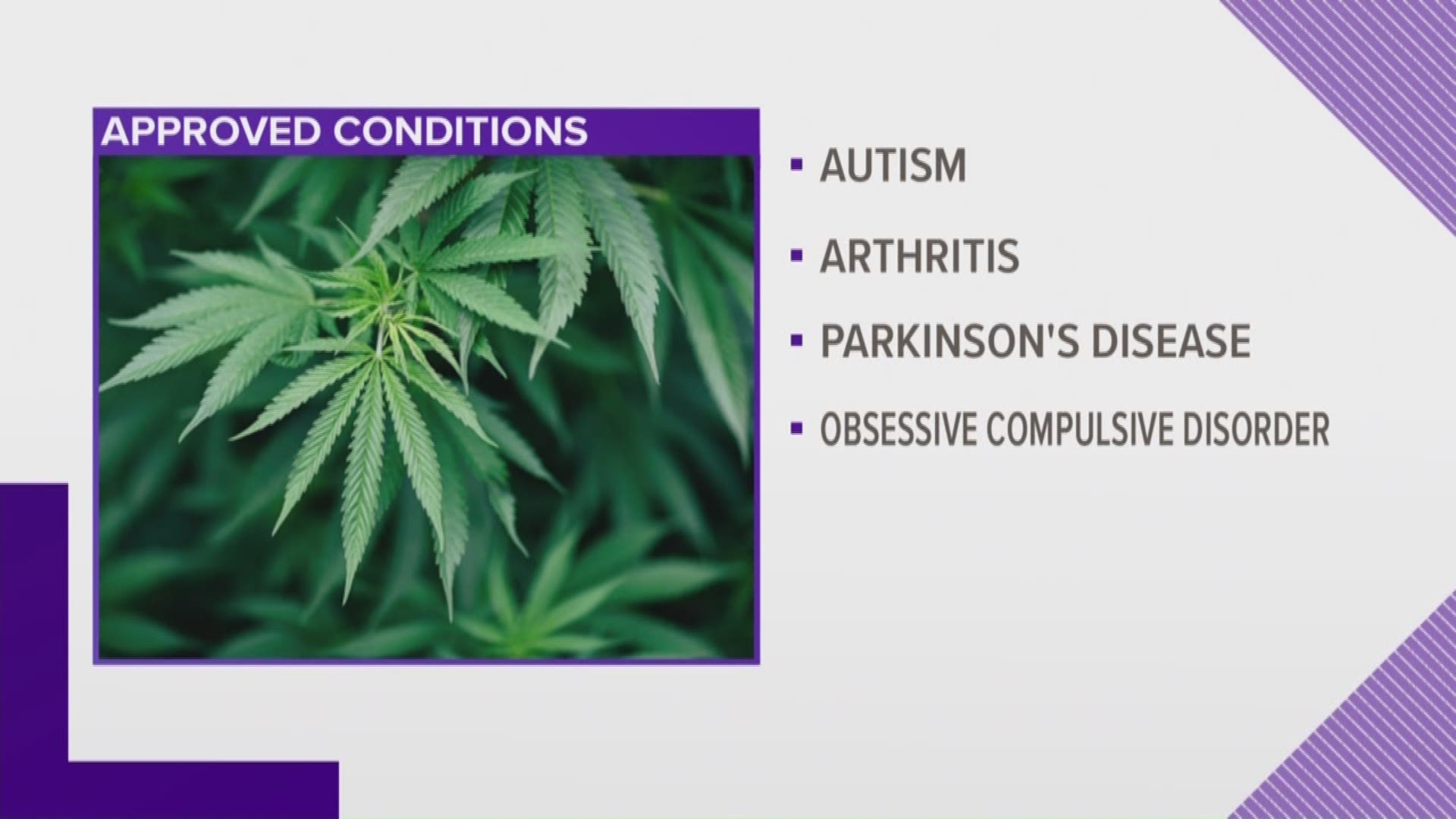 LANSING, Mich. - The state on Monday added 11 medical conditions, including autism, chronic pain, Parkinson's disease and Tourette's syndrome, to the list of ailments that could qualify a person for a medical marijuana card.

But she also rejected requests for 11 other medical conditions, including anxiety, asthma, depression, schizophrenia and panic attacks.

“With the changes in state law to include marijuana-infused products, and the advancement of marijuana research, and upon the recommendation of the panel members, I’ve added these eleven conditions to the approved list,” Edgerton said in a statement released Monday.

►Related: July 9 is the last day to register to vote in the primaries

Her decision came after several hearings this spring that included testimony from people who were looking to get the list of medical conditions expanded.

In Michigan, there are 269,533 medical marijuana card holders. In November, Michigan voters will consider a ballot proposal that would legalize marijuana for adult recreational use.