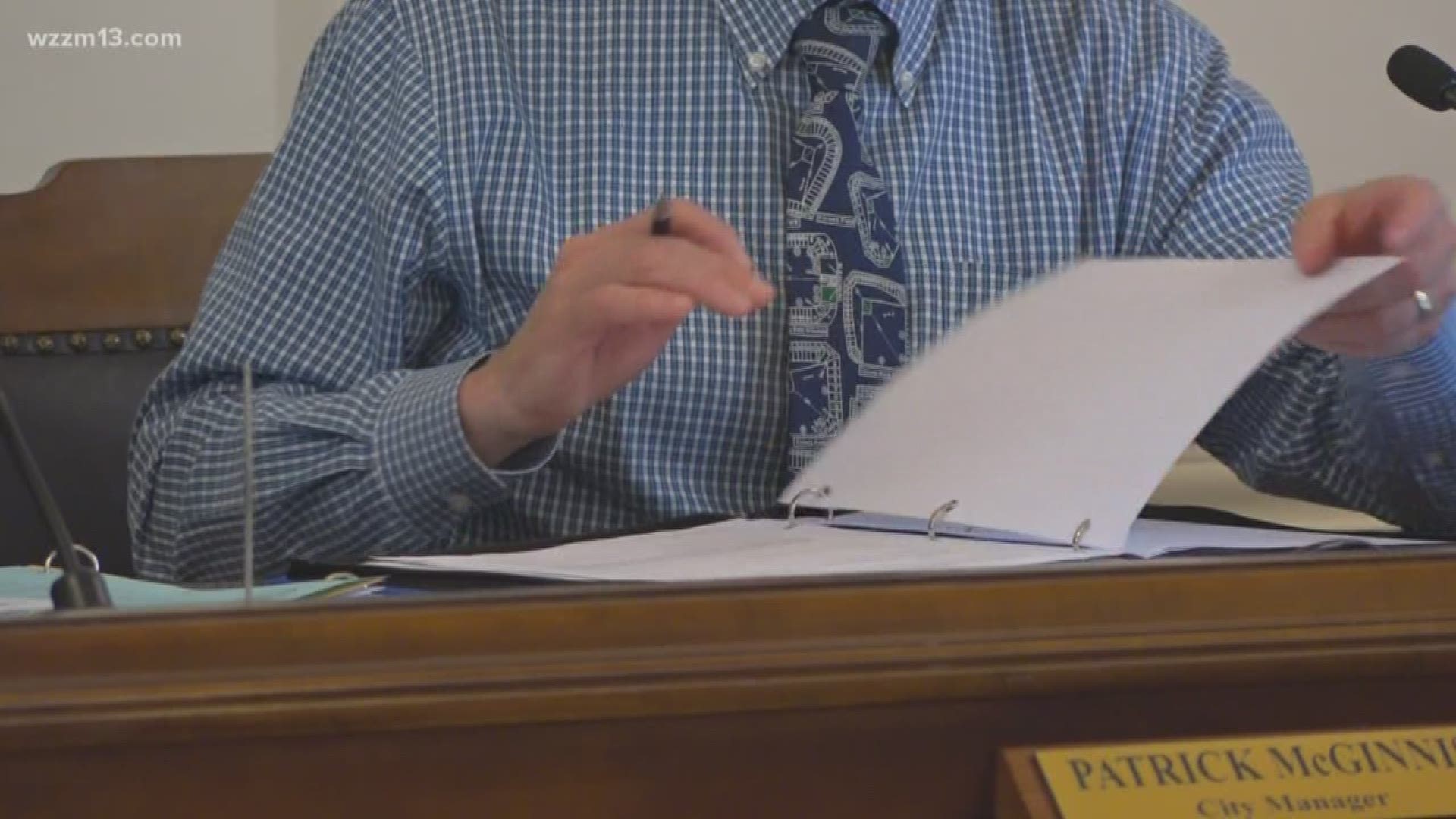 During the meeting, advocates shared personal testimony of using cannabis products to treat chronic illnesses, saying there is a need for increased access. One resident said she had recovered from opioid addiction with the use of cannabis, and said the commute to pick up products is difficult due to her health conditions.

Local wellness practitioner Rebecca Neil, who treats epileptic seizures with cannabis products, and Jamie Cooper, owner of a Grand Haven-based marijuana industry consulting firm, have asked the council to put the issue on the table at recent meetings. Cooper treats her son’s autism with CBD products, but said she doesn’t have local access to other regulated marijuana products that would help her son.

Another resident shared that her daughter uses cannabis for epilepsy. “I am a very conservative person and I thank God for marijuana every day,” she said.

Others accused Mayor Geri McCaleb and Councilman Dennis Scott, who both opposed the resolution, of not doing their homework on the issue. The mayor has expressed concern that the city could become a “mecca” for marijuana users, defending her stance as she came under attack.

“I personally don’t look for thousands of people to come to the city of Grand Haven to buy medical marijuana,” McCaleb said. “I don’t think that’s a good thing for our city. That’s not something that I want to endorse.”

Scott said a family member has dealt with substance abuse that included marijuana.

Former state Sen. Arlan Meekhof offered to lend his experience in the state Legislature to assist the city with drafting a medical marijuana ordinance.

Councilman Josh Brugger, who supported the recreational ban, said much of the support for the November 2018 state ballot initiative was for medical uses. He and Mayor Pro-Tem Mike Fritz have both said cannabis is used as an alternative to opioids. Brugger said the state has taken the time to work out the “kinks” in the medical marijuana licensing system, while recreational pot presents a new challenge for the state.

Councilman Bob Monetza has voiced support for both types of establishments, and supported Monday night’s resolution.

City Manager Pat McGinnis said the council had shown a recent willingness to consider the ordinance, adding, “This would be a considerable level of effort. We’ve got to get it right.”

Monetza enters mayor race
Monetza, who was first elected to the City Council in 2009, submitted his signatures Monday to challenge McCaleb for mayor this year. Brugger, whose council seat is up this year, has also put his hat in the ring.

Monetza, who moved to Grand Haven in 1978, has an engineering degree from Western Michigan University, and recently retired from his facilities manager position at the Alcoa-Howmet Corp.

Recreational and medical marijuana are two issues on which Monetza has differed with the mayor in the past year. While the council listed establishing a campground on Harbor Island as one of its top goals for the coming years, Monetza has opposed the idea.

Fritz has submitted signatures for re-election to his council seat, which he has held since 2003. He previously ran against McCaleb for mayor and lost.

Today is the deadline to submit a candidacy for a city office.