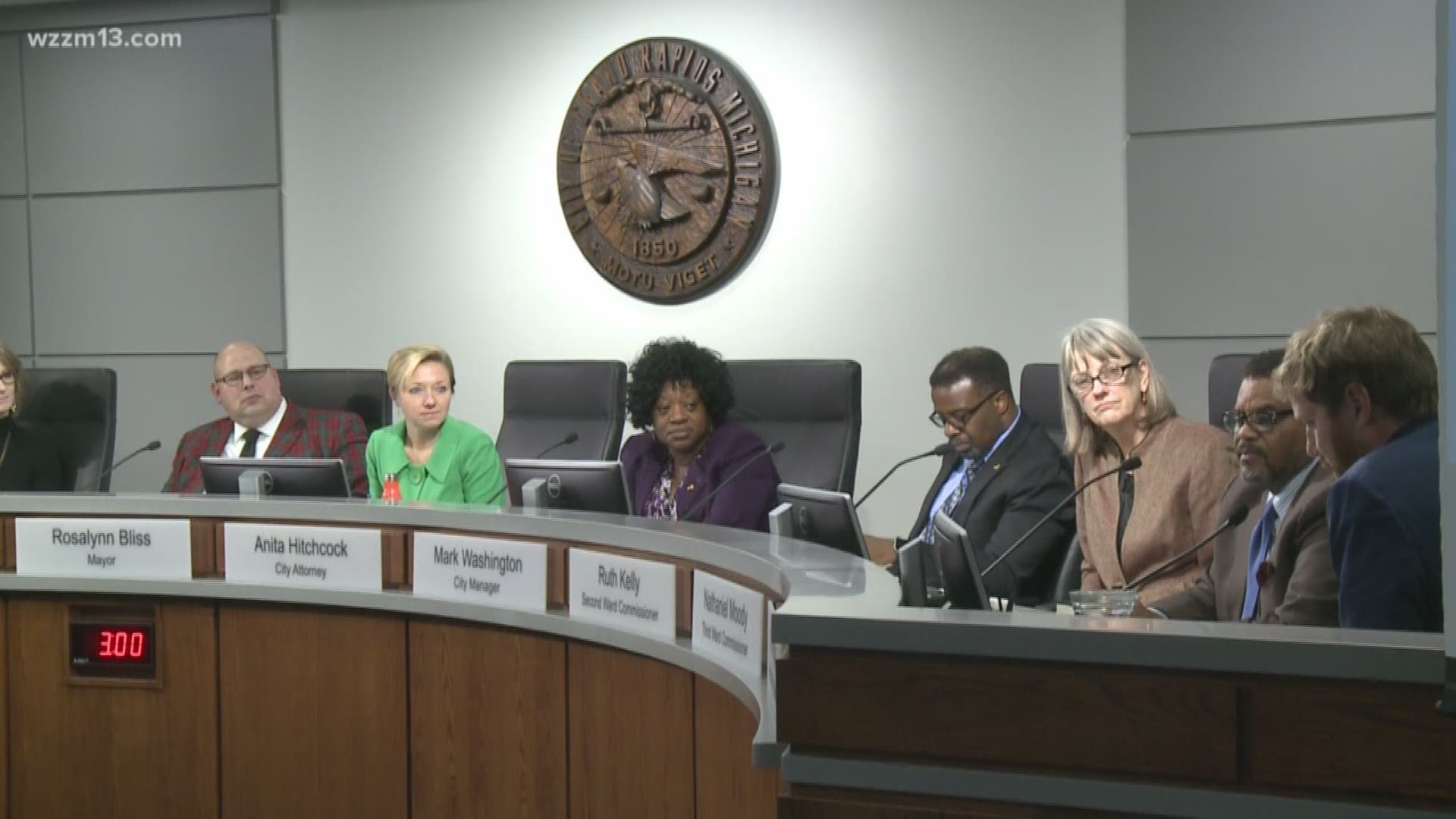 GRAND RAPIDS, Mich. - How much money will medical marijuana bring to Grand Rapids and how should the city spend it?

It is a question some are asking after the City Commission approved zoning regulations Tuesday night that permit medical marijuana businesses. The city will start accepting applications from businesses and individuals hoping to sell, test, transport and grow marijuana early next year.

An industry consultant says tax revenue collected should be spent on parks, police and other prominent projects to show citizens the value of legal marijuana.

“You can earmark the money coming in to specific programs,” explained Eric Foster, Director of Strategy and Business Development at Banks & Company. “It is a better way to make sure people see how the tax dollars have benefited the city.”

But Grand Rapids Mayor Rosalyn Bliss says there are many unknowns about the cost to regulate, license and police medical marijuana businesses. Or how taxes will be divided between state and local government.

“I think we have to be very cautious about the perception there is going to be this financial windfall,” she said. “We just don’t know yet.”