It's been up to the licensing board to come up with a framework with guidelines on the program. 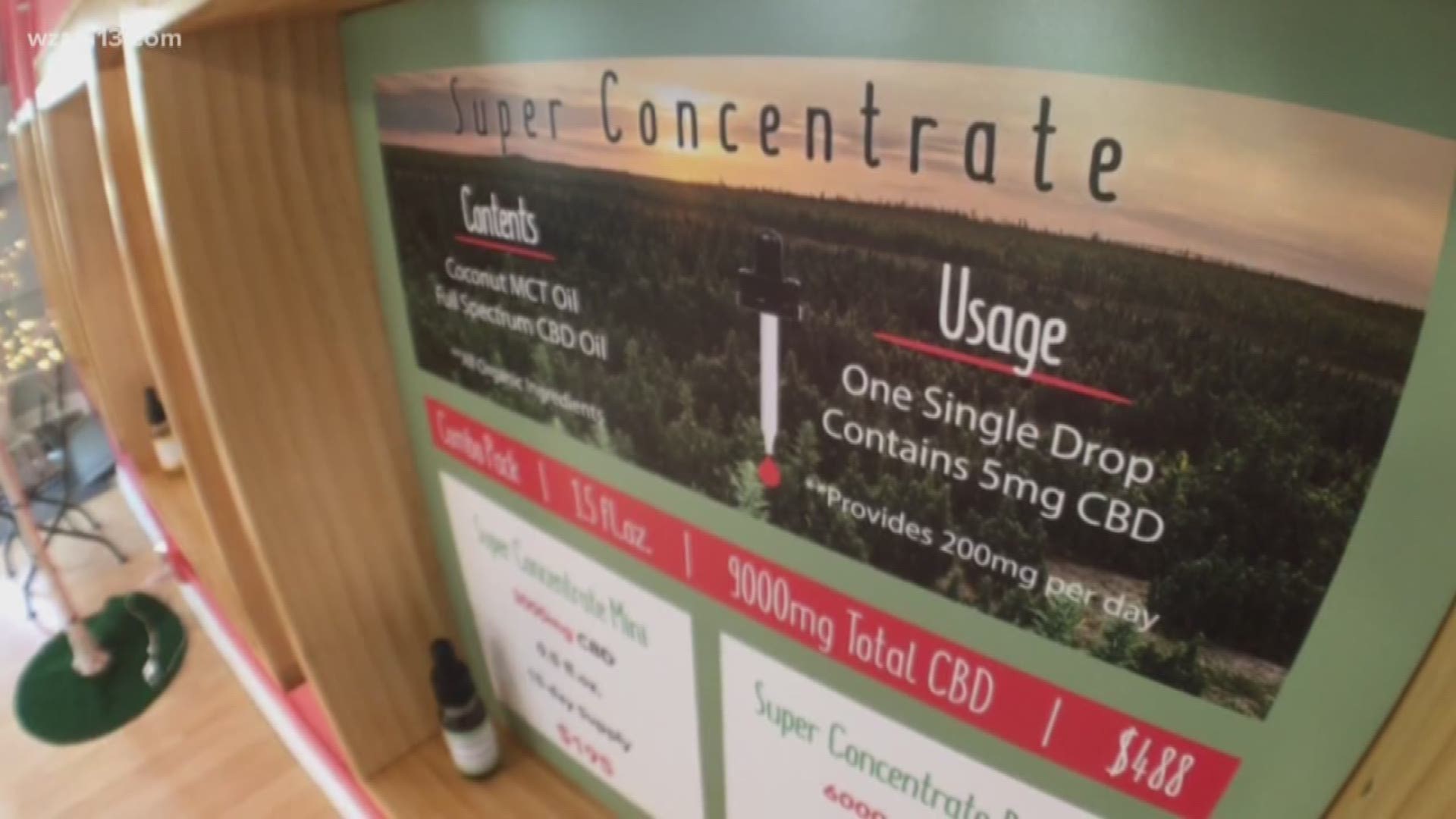 LANSING, Mich--When Michigan's medical marijuana program was enacted in 2008, the law didn't put much of a regulatory structure in place and there's been minimal enforcement.

It's been up to the licensing board to come up with a framework with guidelines on the program.

One of the guidelines regulators issued last week puts limits on CBD, the non psycho-active material found in marijuana.

According to the rules, its no longer allowed to be consumed by or sold to anyone without a medical marijuana card. Many people are asking why the state put these in place.

"A lot of the industry evolved in that gray area where there wasn't a regulatory body responsible for making it clear what products fell within this definition of marijuana in Michigan," Director for the Bureau of Medical Marijuana Regulation Andrew Brisbo said.

That means by state law, it was technically never allowed to be sold to anyone without a medical card, even though it was. The new regulatory framework is supposed to clear the confusion.

"So now that that's in place we do have to backtrack a little bit and bring everyone up to speed," Brisbo said.

CBD is being used in several ways. Many take it orally as a tincture or it's given to pets to help with anxiety. Even though, it does not produce a psychoactive effect...it still comes from the marijuana plant.

"It's not just those products that have THC or the psychoactive material it's any derivative of the marijuana as is defined in Michigan," Brisbo said.

The purpose of the new framework, is to keep consumers safe.

"With this new regulatory system, we play a role in insuring that there's continued and particularly safe patient access to products that are derived from marijuana," Brisbo said.

"There are facilities that are temporarily operating now and they're aware of what the requirements are but we're going to start to enforce those testing guideline as we issue licenses," Brisbo said.

Brisbo said licenses will be distributed to qualifying facilities within the next few weeks, the licensing board's next meeting is on May 31.