Marijuana a sure thing for entrepreneurs? Experts say don't count on it

Like in gold rushes of the past, some entrepreneurs will make millions, some may just get by, and an awful lot will get flattened. 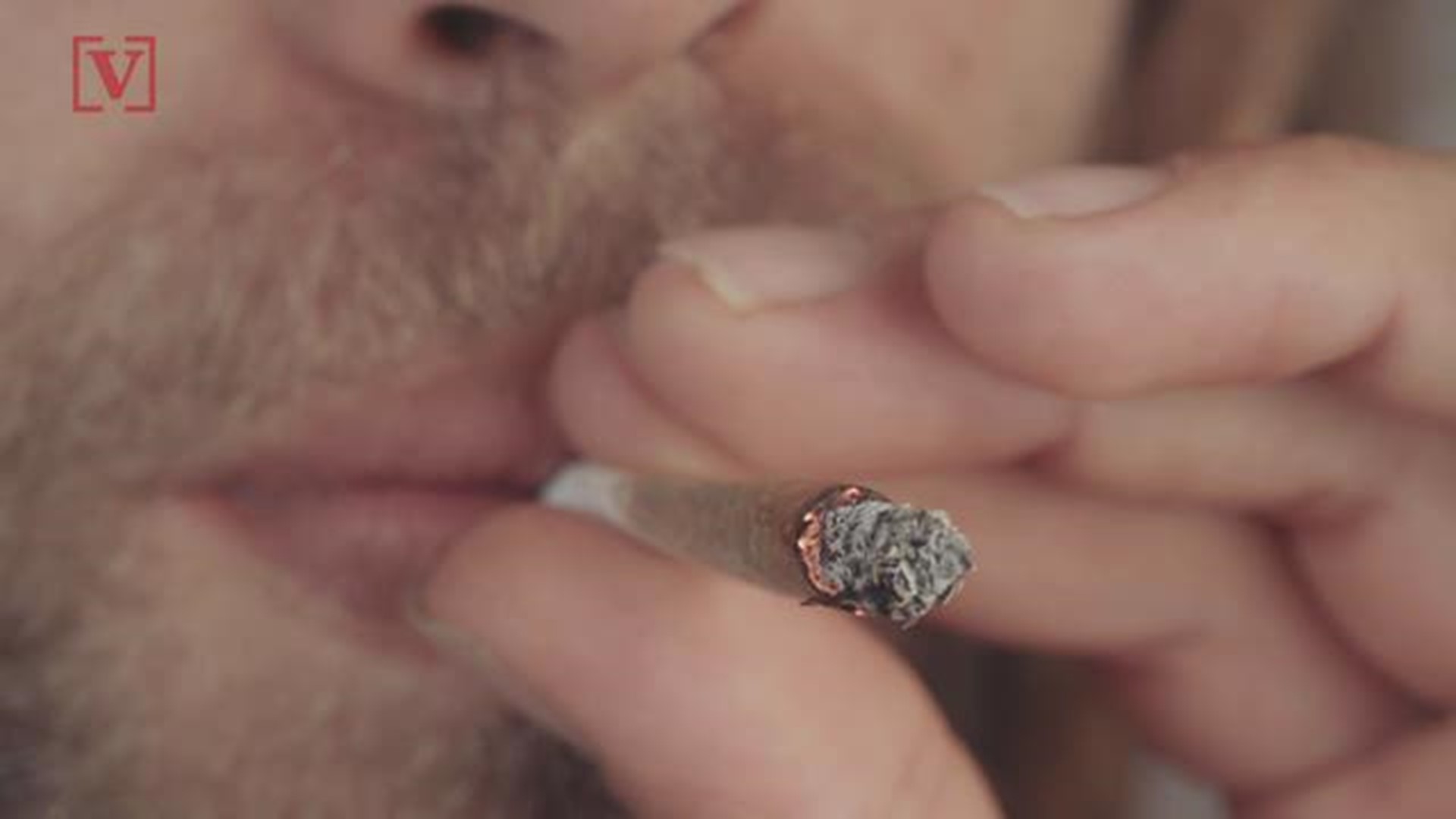 With medical marijuana dispensaries showing up in many locations and Michigan voting to approve recreational pot, a lot of entrepreneurs are lining up for what looms as the next business gold rush.

But like in gold rushes of the past, some of these entrepreneurs will make millions, some may just get by, and an awful lot will get flattened.

Jeff Stoltman, a professor of marketing and entrepreneurship at Wayne State University's Mike Ilitch School of Business, said a lot of his students look at opening a marijuana business as a sure thing.

Stoltman said he pushes his students who are interested in the pot business to dig deeper into market realities.

"They’re looking at this tremendous explosive growth in the states where the cannabis business was liberated a little earlier and there is this ‘Why not here, why not me?’ They don’t dig too deep to find out who is really benefiting the most of those kind of operations and what was the path that they took and can they replicate that here.”

We've seen these instant boom industries before. In the 1990s, Starbucks grew from about 150 locations to 10,000 as coffee shops opened on seemingly every corner. But a lot of Detroit coffee shops, including some Starbucks, closed in the inevitable shakeout.

Since then other boom industries — brew pubs, say, or the grocery delivery businesses — have shown that startup costs can run high, competition is stiff, maintaining quality is difficult and a winnowing of weaker entrants is inevitable.

"You’re going to see a period of rapid expansion, there will be winners and losers," Stoltman said of Michigan's pot entrepreneurs. "That market map, that competitive landscape will look very crowded very quickly. And just the economics of it will mean that some of them will survive and many of them will not."

As Ammon J. Ford, a West Coast attorney that counsels marijuana-related businesses, wrote in a recent article in Marijuana Venture magazine, "Some entrepreneurs entered the cannabis industry because they thought it would be simple, lucrative and relaxing. ... That assumption could not be more wrong."

Not that there's not money to be made in pot. Likely some entrepreneurs will make millions. But as a startup opportunity, the pot industry is prey to more than the usual obstacles that face all entrepreneurs.

As with any new business, startup costs for those who grow, process or sell marijuana generally run higher than anticipated. There's always the unexpected bill for capital equipment, for plumbing or electrical work or safety equipment, or costs due to delays getting licensed.

People involved in the business estimated it may cost close to $1 million in startup costs to get into the cultivation end of the industry. Opening a retail dispensary may cost $200,000 to $600,000 depending on the size and decor. Annual licensing fees run to tens of thousands of dollars, and capital requirements are stiff.

Then, too, the regulatory risk runs higher in the pot business than in perhaps any other industry. There's always a chance of not getting, or of losing, a license to operate and being shut down. And, perhaps often overlooked, pot businesses have to remain compliant with state and federal labor laws, too, including those that deal with overtime, payroll, and the like.

Stuart Carter, owner of Utopia Gardens, a dispensary in the Islandview neighborhood on Detroit's lower east side, said regulators even asked him during his background check about a ticket he got in 1992 for not having a fire extinguisher on his boat.

“Whoever’s going in to this business will have to deal with an intense amount of regulation," he said. And new regulatory directives can come out almost daily, changing the way dispensaries must package and display their wares. "We’re on quicksand. We don’t know one day to the next how things are going to affect us.” But on a good note, he added, ”The State of Michigan is learning the ropes as quickly as we are."

Marijuana remains illegal on the federal level, which makes it impossible to set up normal banking and credit card relationships as virtually all other businesses do. That forces marijuana entrepreneurs to operate on a 100 percent cash basis for everything.

And the taxation burden can be extreme. A section of the federal tax code known as 280E bars pot shops from deducting such routine normal business costs as rent, utilitiesz and payroll. That means marijuana business people face a federal tax rate of 70 percent to 80 percent — and much more likely than others to face tax audits, too.

And then there is the competition, especially from big national players with big money behind them.

“I know that there’s a lot of big money out there, if not already in ready to step in," Carter said. "It’s going to make it tough for the little guy. ... I’m very worried about big business coming in and beating up everybody and dropping the prices and squeezing the margins to the point where the little guys are run out of town.”

As in other industries, individual firms can stand out in a crowded market through branding. That’s the approach taken at The Reef, a medical marijuana dispensary on East 8 Mile Road in Detroit. The Reef features a comfortable waiting room and an upscale sales area where workers known as budtenders counsel individual customers.

“The main point of the Reef is really to provide unique customer experience,” said Rush Hasan, operation controller for the outlet. “Anyone can have quality product. But really that customer experience of feeling at home, providing a nice space instead of it feeling like an office space, is kind of what we were going for.”

Creating a boutique atmosphere requires a lot of employees, and The Reef employs about 30 people to work with customers. The goal is to create a relaxed, no-pressure ambiance. “We never tell our budtenders to push them for a quick turnover because that’s what builds that customer experience,” Hasan said. “We provide that extra time to help educate them, to find the specific product that can target their pains.“

“The first thing that I did when I came in here is I looked at the profitability of individual products,” said Evan Pilot, The Reef's financial controller. “Since we have such a vast inventory, some things were slipping under the radar and we were selling them below cost. That was definitely hurting our margins. I built models, spreadsheets, figured out our profitability margin, and trying to improve that moving forward.”

In the coming shakeout, Pilot said, those pot businesses that deliver real value to the community will be the ones that will survive.

“The shops that are somewhat sketchy or are just leeching off the community, they’re dead and gone,” he said. “But the ones that are proactive, that are paying the taxes, following the rules, going above and beyond to make this community a better place, I think those are the ones that are truly going to make it."

Barton Morris Jr., an attorney whose Royal Oak law firm Cannabis Legal Group conducts seminars for marijuana entrepreneurs, advises that vertically integrated operations — those that first cultivate the marijuana, then process it, and finally sell it at their own retail outlets — stand a better chance of success than those that operate in just one segment of the industry.

"Our clients find to be vertically integrated is ideal, meaning they have operations in all three — cultivation, processing and retail — because that will allow them to guarantee a marketplace for their product," Morris said.

"If somebody’s just doing cultivation," he added, "they’re going to have to compete with all the other cultivators. There’s going to be a large supply, there’s going to be a decrease in the price per pound, and it’s going to be difficult for them. On the other hand, if somebody is able to have an efficient operation, process it, and sell it at their own dispensaries, that’s the best."

The level of upfront investment puts a premium on efficient operations and staying compliant with all government regulations, including those who deal with labor relations, payroll and so forth.

Carter of Utopia Gardens in Detroit suggested that entrepreneurs like himself can still find a niche by providing unique products and great customer experiences.

"I think the reason there’s probably room for an entrepreneur is that the big businesses that are going to come in, they’re going only to be interested in high-yield, low-maintenance plants," Carter said. "They’re not going to be interested in the kind of plants we grow. We’re creating stuff that’s a lot more labor intensive and tailored for individual tastes. The big companies are not going to want to chase that.

"We are also trying to give our patients and customers individual service they won’t get from a big franchise. We are much more community oriented."

Stoltman of the Wayne State business school suggested that franchised operations may be another model that will flourish in the emerging growth industry. That may include investors from Colorado and California, two states that loosened their pot rules earlier than Michigan.

"Franchising looks like the way it almost always goes when we’re talking about a business of this type," Stoltman said. "And my money would probably be on the businesses that are establishing a really good footing and great operational systems and cost efficiencies out in Colorado and California."

And he added, "It’s going to be hard for a mom-and-pop head shop to make its way through that market space."

"There are easier businesses, I can tell you that,” said Carter of Utopia Gardens. "If we had bigger waves on the Great Lakes, I’d suggest opening a surf shop. Big Brother wouldn’t be looking over your shoulder there.”