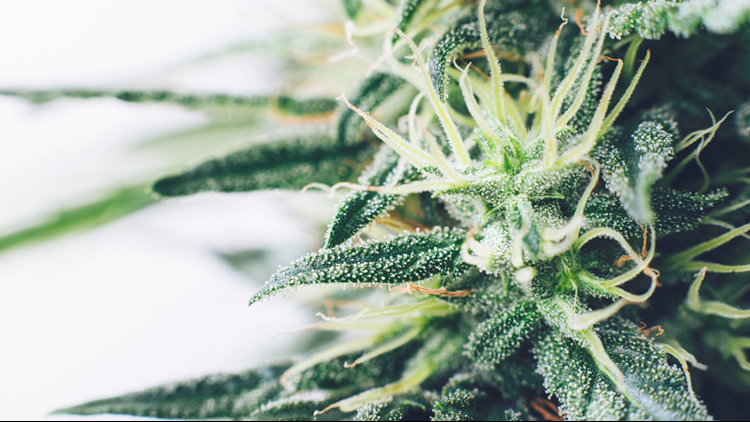 Marijuana will be legal in Michigan on Dec. 6: What to know

The official certification of the 2018 election results Monday begins a 10-day clock for legal weed in Michigan.

But even though the law doesn't take effect until Dec. 6, prosecutors in Michigan, including in Macomb and Oakland counties, are beginning to quietly dismiss low-level marijuana criminal charges that will no longer be a crime after marijuana becomes legal in the state.

Macomb County Prosecutor Eric Smith sent a memo to staff last week, telling assistant prosecutors to begin the process of dismissing marijuana charges, such as use or possession of small amounts of weed.

There aren't many low-level cases that are handled by county prosecutors, Walton said, indicating he'd only seen three requests to dismiss so far. Most are handled by city attorneys, who enforce municipal ordinance violations.

Wayne County Prosecutor Kym Worthy, as well as the Michigan State Police are still weighing options for marijuana enforcement as the legalization date draws near.

"Now that Proposal 1 has passed, the Wayne County Prosecutor’s Office is committed to following the law regarding the prosecution of marijuana cases," Worthy said in a statement. "Overwhelmingly, the smaller marijuana cases are prosecuted by city attorneys. However, we currently have ticketed ordinance violations from the Michigan State Police that are pending review.

"Although the law is not retroactive, in the coming weeks we will assess the tickets that have already been charged, as well as those pending review, taking the new law into consideration," she added.

The state Board of Canvassers unanimously certified the Nov. 6 election results Monday afternoon, ending a four-year effort for marijuana legalization. Proponents tried in 2016, but were thwarted by technical problems in getting the necessary signatures in time. This time, the issue succeeded, both in getting enough signatures to get legal weed on the ballot and winning on Nov. 6 by a convincing 56-44 percent margin.

"It's a huge relief, it was a two-year process for this campaign, but there are people who have been working on this issue their entire adult lives," said Josh Hovey spokesman for the Coalition to Regulate Marijuana like Alcohol, who spearheaded the marijuana campaign..

While legal weed takes effect in 10 days, the two other proposals — changing how Michigan's state and federal legislative district lines are drawn and providing more open access to voting - were constitutional amendments on the ballot and won't take effect for 45 days.

Here are seven key things to know about legal marijuana in Michigan:

Where to get marijuana?

It won't be commercially available for sale until the state Department of Licensing and Regulatory Affairs comes up with the rules and regulations that will govern the adult recreational use market and begins licensing businesses. That won't happen until the end of 2019.

"LARA has spent the last several weeks meeting with a variety of stakeholder groups regarding the implementation of the adult-use marijuana law," said LARA spokesman David Harns. "All indications point to our ability to have adult-use license applications available before the statutory deadline of December 6, 2019."

In the meantime, Michigan residents over the age of 21 can grow up to 12 plants for personal use in their homes. And growers can give - BUT NOT SELL - marijuana to friends and family, as long as they also are 21.

Where to indulge in marijuana?

NOT IN PUBLIC. Smoking in public is a civil infraction that carries a $100 fine. Michigan businesses continue to be smoke-free environments from both cigarette and marijuana smoke, but people can smoke in the privacy of homes.

Landlords can legally still enforce no-smoking and no growing rules on their tenants. Smoke-free options - such as marijuana-infused vapes and edibles - will be commercially available once the recreational market is set up.

What about drugged driving?

It's illegal. Michigan has a zero-tolerance policy for drugged driving. So any amount of THC - the psychoactive component in marijuana - in a driver's blood is illegal and can be criminally charged, just like a drunk driving offense.

What about marijuana in the workplace?

Employers can keep and enforce zero tolerance policies for their workers. The law doesn't change a business owner's ability to perform pre-employment or random drug tests on workers and refuse to hire, fire or discipline workers who test positive for marijuana.

What about marijuana businesses in cities?

It's up to officials in individual cities to determine if they want to allow and regulate or prohibit marijuana businesses in their towns. Several Michigan cities have already decided to ban pot shops and other weed-related businesses.

Does the new law include changes to Michigan's medical marijuana laws?

No. Caregivers still can grow up to 12 plants for each of five medical marijuana card holders. The caregivers, however, will no longer be able to sell any extra cannabis to licensed marijuana dispensaries.

The only difference for cardholders will be that the 3% excise tax on medical marijuana sales at dispensaries will go away once the recreational market kicks in.

What about marijuana convictions?

It will be up to the state Legislature to pass a law that would work toward expunging the records of people convicted of low-level marijuana crimes. A bill has been introduced by state Rep. Sheldon Neeley, D-Flint, to require judges to review those requests.

Gov.-elect Gretchen Whitmer, an East Lansing Democrat who will take office on Jan. 1, also has said that she favors clearing up the records of people convicted of crimes that will no longer be offenses under the legalization of marijuana.