Marijuana is legal in Michigan beginning Thursday. Municipalities are now tasked with either opting in to the law, or opting out. 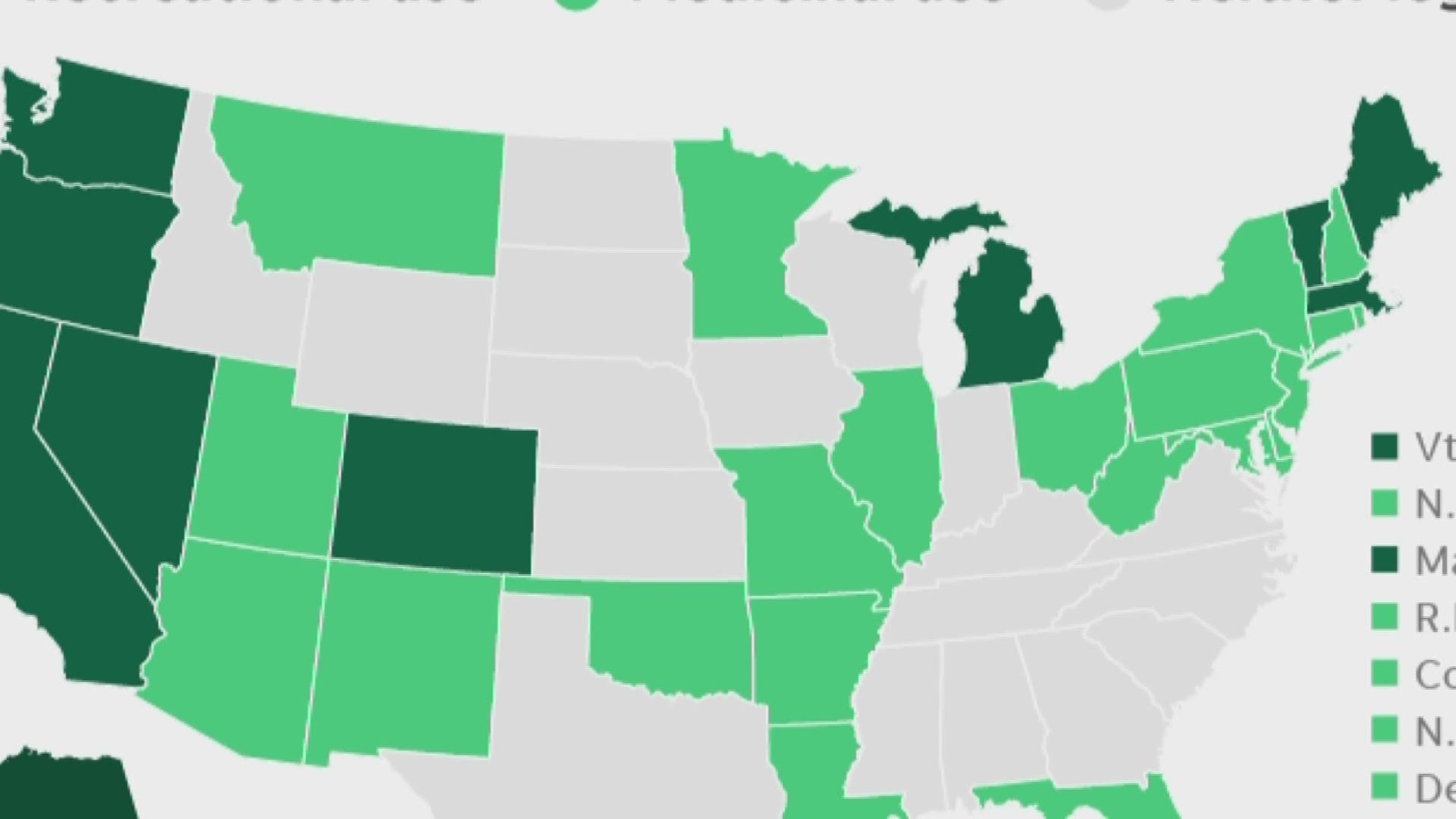 GRAND RAPIDS, Mich -With marijuana expected to be legal on Thursday, Dec. 6, many cities and townships are now deciding how to handle the new rules.

It's been almost one month since 56 percent of voters passed Proposal One, legalizing recreational marijuana in Michigan. On Thursday, Proposal One will officially take effect in the state.

Michigan is now the 10th state in the U.S. to legalize the possession and use of pot for adults. However, you won't find dispensaries in every city and township.

The larger cities in West Michigan that are discussing legal marijuana.

Every municipality is automatically opted in to the law, until and unless those government bodies decide take action or opt out.

13 ON YOUR SIDE is compiling a list of many west Michigan cities and what the current laws are.

The larger cities in West Michigan that are discussing legal marijuana.

Muskegon and Kalamazoo have not taken any action yet, so they're automatically opted in.

Kentwood is taking a "wait and see," approach so that city is highlighted in red, opting out until the state issues its guidelines.

Wyoming, Grand Haven and Rockford have also opted out. Now, Holland is in discussion about the ordinance. The city attorney and the Holland Department of Public Safety have recommended the city opt out.

According to the Michigan Department of Licensing and Regulatory Affairs (LARA), municipalities can opt out at any time. The state has one year to enact rules for marijuana businesses, so experts believe you can expect to see the first few dispensaries opening up in the spring of 2020.