Verify: What can you expect if Proposal 1 passes?

We're hearing many questions surrounding Proposal One like, will we see pot shops pop up all over the state? How about medical marijuana, will Prop One effect it? Will medical marijuana still exist? We verify those answers. 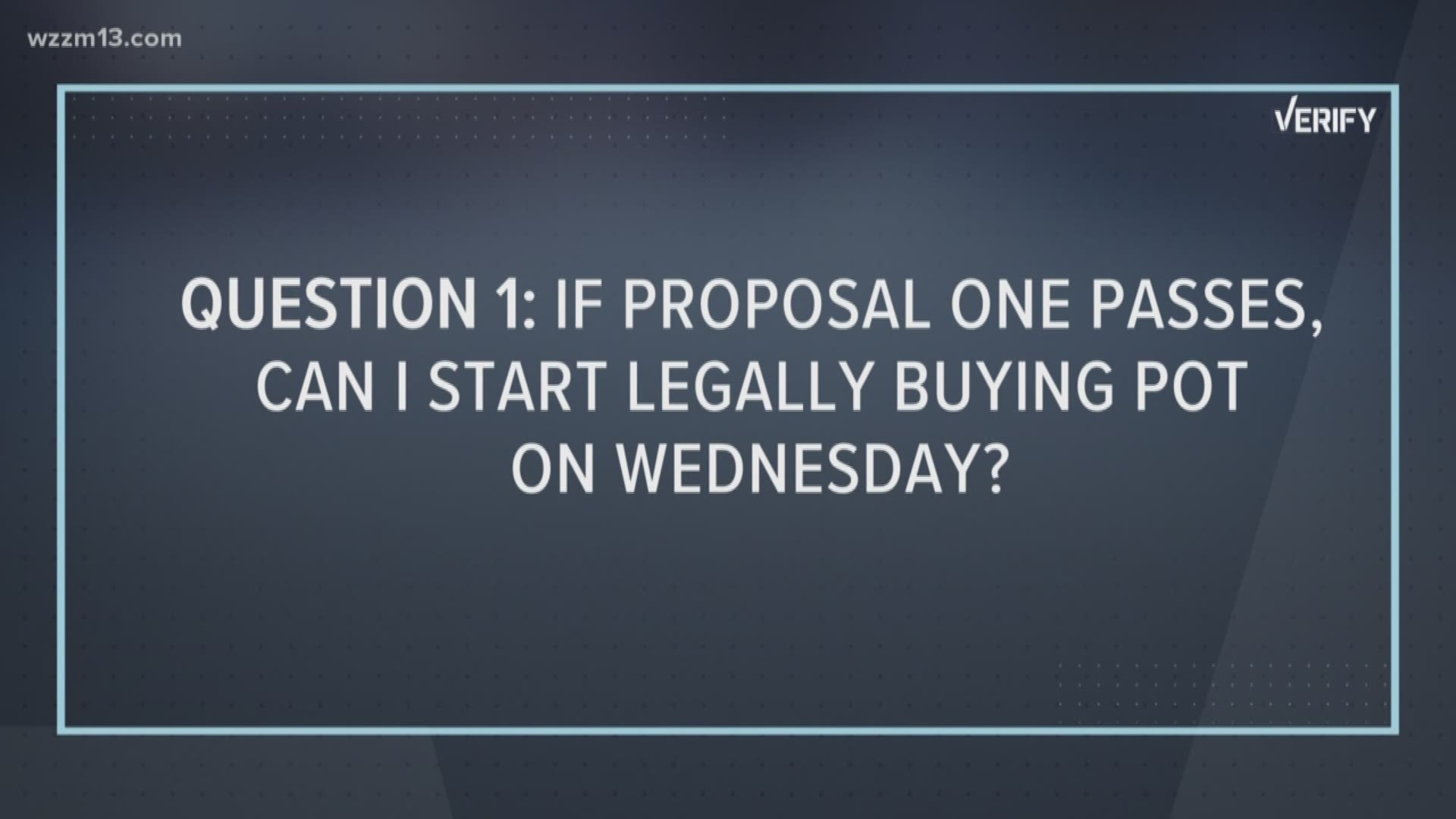 GRAND RAPIDS, Mich. - Recent polls indicate Proposal One is likely to pass which leaves many wondering what will happen if it does? What does that mean for the state?

Question 1: If Proposal One passes on Tuesday, can I start legally buying pot on Wednesday?

"There won't be a free for all, at all," Wrigley, Hoffman & Hendricks/CannaLex Law attorney Robert Hendricks said.

Hendricks said after the law is certified, the state has one year to build the regulatory framework.

"Our guesstimate right now, is that we will not see any formalized adult marijuana use activity until sometime in the spring of 2020," Hendricks said.

Question 2: Will I be able to go into a medical marijuana provisioning center and buy recreational pot?

Question 4: It's taking a long time for the state to approve medical marijuana licenses, won't this take just as long if not longer?

"The adult use proposal does not require licensed approvals to be submitted to the board, it will be handled by the department of licensing and regulatory affairs," Hendricks said.

As of now, the Medical Marijuana Board meets once a month and considers applications. Proposal One language does not include a board.

"It may well be that by taking that step out of the process, a step that exists now for medical marijuana facilities, that might also speed up the approval process," Hendricks said. "They will probably be able to more expeditiously consider those applications and approve them or deny them, much like the way the liquor control commission works today."

Hendricks said the best way to eliminate problems and concerns with a substance like marijuana is to license it, regulate it and tax it.