Dog abandoned after being stung by bees

You might have seen the picture on social media: a West Michigan dog covered in bee stings. 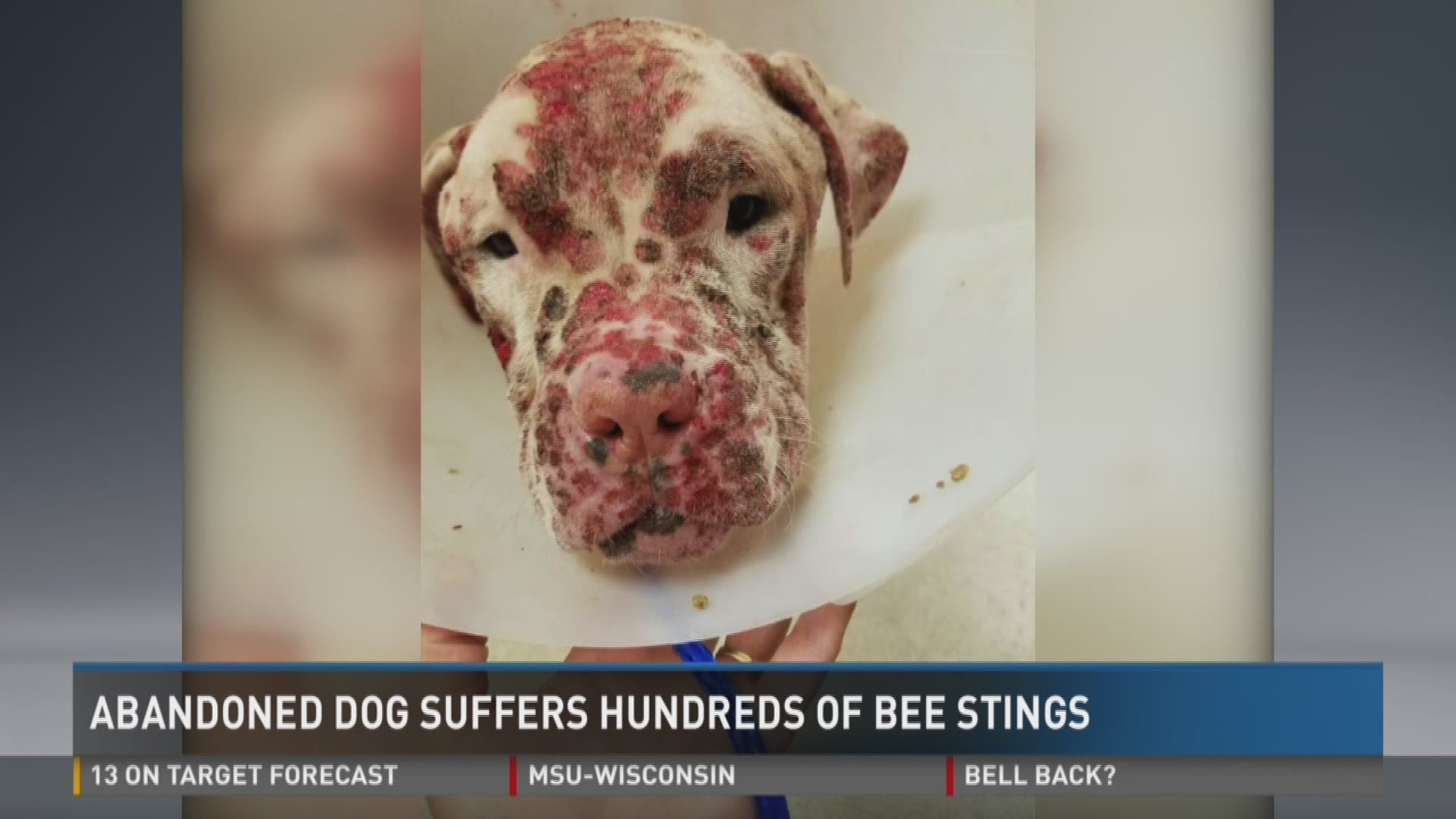 You might have seen the picture on social media: a West Michigan dog covered in bee stings.

The young dog had a severe reaction by the stings, and an effort is underway to raise money for his care.

Shipala loves taking on the tough cases: "Only because I feel like it's what a true rescue is," she says.

Her latest rescue is named "Stinger," a young pit bull who had an allergic reaction to bee stings and the antibiotics he was given to treat them. His owners then abandoned him at the vet.

Shipala is determined to find homes for Stinger and all the other dogs and puppies in her rescue. Most of them would have been euthanized before coming to Shipala.

"To rehabilitate," she says, "it’s near and dear to my heart."

As for Stinger, he has a long road ahead. Shipala is waiting for test results about his allergies. He might need medication for the rest of his life.

"He'll live out a full life that way -- it's just expensive," Shipala said.

Anyone who wants to help pay for Stinger’s care can make donations with LuvinPups.