The Charles A. Conklin American Legion Post 28 recently had its 100th anniversary. That's when a document surfaced, producing an overdue honor, for a hometown hero.

GRAND HAVEN, Mich. — More than a century after he died on the battlefield during World War I, Charles A. Conklin - the namesake of Grand Haven's American Legion Post 28 - will receive the Purple Heart, thanks to a local researcher finding a 101-year-old document that led to Conklin becoming eligible for the honor.

Grand Haven resident Chris Petras, PhD, was hired by Post 28 in 2017 to help promote and market for the national organization's 100th anniversary celebration that was going to unfold two years later. During that time, Petras began an in-depth research project about Post 28, which led him to scour over thousands of newspaper articles and hundreds of documents.

"Since the Post is named after Charles A. Conklin, I wanted to learn as much about him as I could," said Petras. "That way the Post would have a solid presentation in 2019 for the anniversary."

As Petras was digging deep into Conklin's history, he started wondering if the city's most revered war hero ever received the Purple Heart for the battle injuries he sustained, which ultimately led to the soldier's death.

"It kind of became a side passion-project for me," added Petras, referring to his search for Conklin's Purple Heart. "But I never found any confirmation that he had received it."

Petras then asked several members of Post 28 to see if they knew, but none of them did.

That's when Petras decided he wanted to make a formal inquiry about it, so he sent a letter to U.S. Representative Bill Huizenga, who immediately leveraged his military contacts to find out if Mr. Conklin did in fact receive the Purple Heart.

"Representative Huizenga's office got back to me and said that Charles A. Conklin's military documents were destroyed in a warehouse fire near St. Louis, MO in 1973," sand Petras. "Without proof that Conklin died in battle, that left little hope for him to ever become eligible for it."

Petras didn't want to have that be the end of the story. He decided to go sift through all the newspapers and documents again, hoping he'd find something that he'd overlooked before.

That's exactly what he did.

Credit: Chris Petras
Chris Petras found Charles A. Conklin's 1921 disinterment paperwork, which was the evidence needed for Conklin to become eligible for the Purple Heart.

Credit: Chris Petras
Chris Petras found Charles A. Conklin's 1921 disinterment paperwork, which was the evidence needed for Conklin to become eligible for the Purple Heart.

"I found Conklin's disinterment processing document from 1921," Petras said. "On the front, it said, 'Cause of death - DWRIA, which stands for Died of Wounds Received in Action.'"

Petras believed he'd found evidence that Charles A. Conklin is eligible for the Purple Heart, so he sent a copy of the newly found paperwork to Representative Huizinga, who resubmitted it to the U.S. Army for consideration.

In early February 2021, Huizenga's office contacted him saying that the 101-year-old document was the proof needed, and that Conklin would be receiving the Purple Heart.

"If someone would have said to me ten years ago, 'You're going to discover a document that’s going to lead to the eligibility of the namesake of the largest American Legion Post in Michigan to receive the Purple Heart, that would have just been unfathomable," Petras said. "I feel honored and blessed to have been a part of this outcome."

Petras says Charles A. Conklin's Purple Heart is currently in possession of Representative Bill Huizenga, who plans to present the award posthumously to Post 28 in Grand Haven once COVID-19 gathering restrictions are lifted. 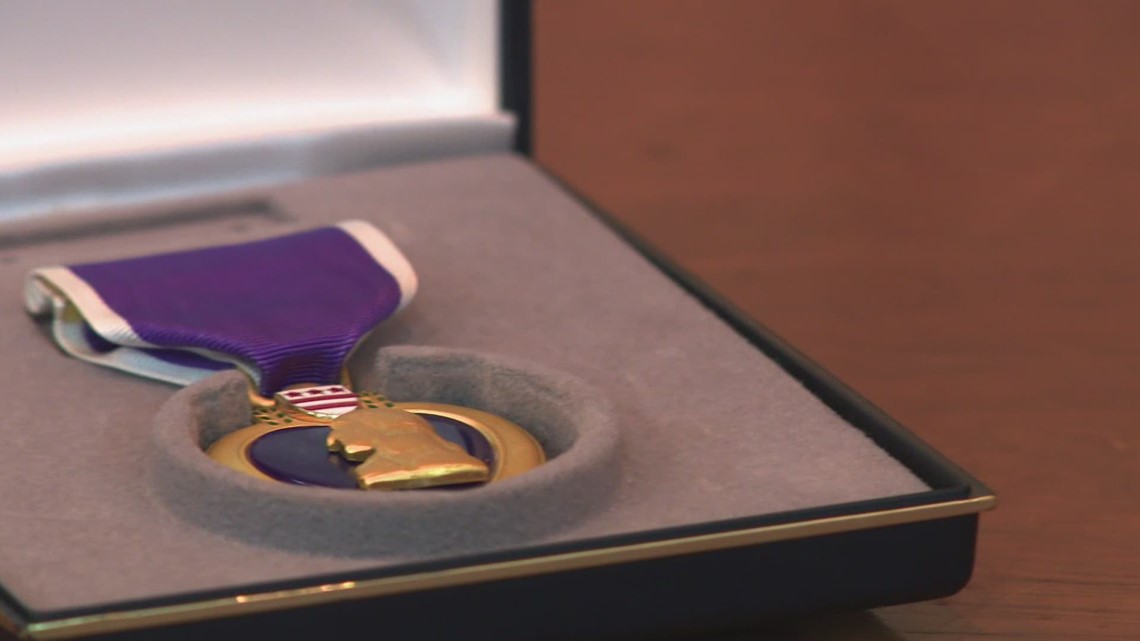