Michigan's Zoey Harrison is fearless. She called a meeting with U.S. Congressman John Moolenaar, urging him to make her voice for change heard on Capitol Hill. 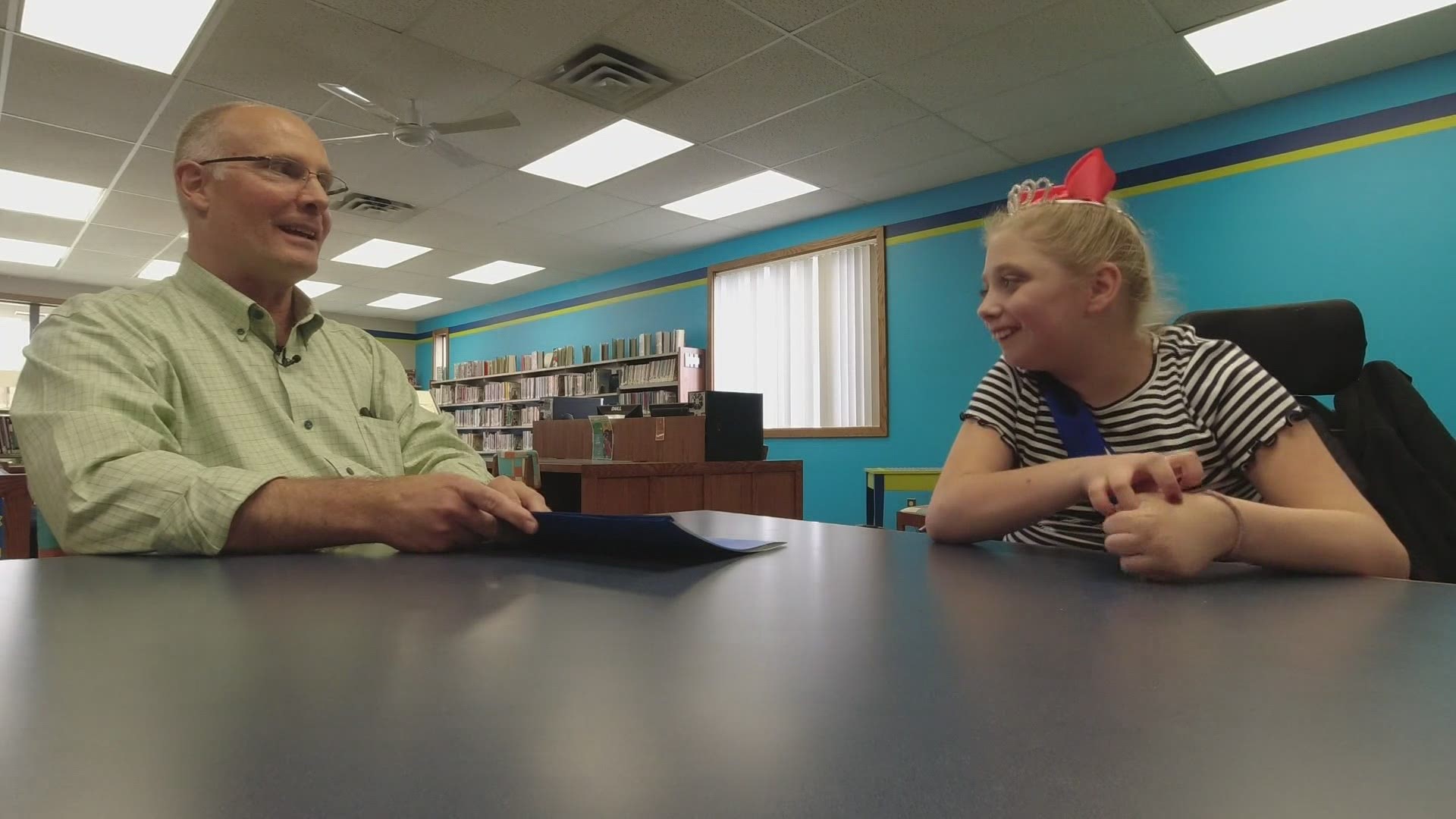 Twelve-year-old Zoey Harrison is on a mission to make Michigan's public restrooms more handicapped accessible. Two weeks after laying out her plan for a state representative inside Lansing's Capitol, Zoey called a meeting with United States Republican Congressman John Moolenaar, urging him to make her voice for change heard on Capitol Hill in Washington D.C., too.

Moolenaar is currently serving as the U.S. Representative for Michigan's 4th congressional district, which includes Ithaca, Mich., where Zoey lives.

The two scheduled a 2:30 p.m. meeting at Ithaca's Thompson Home Public Library on Tuesday, May 4.

"I want to change bathrooms," said Zoey, who was born with cerebral palsy, and became known worldwide two years ago for "Saving Recess."

Armed with a folder full of paperwork detailing her plans for change, Zoey and Moolenaar sat at a table and began their discussion.

"How did you decide that you wanted to get involved with this?" Moolenaar asked Zoey.

"Because I know myself," she responded.

Zoey handed Moolenaar a draft of her ideas for upgrades to the state's public restrooms. While the Congressman looked over the proposal, Zoey wasn't shy about speaking her mind.

"Many of the public restrooms are disgusting," Zoey told Moolenaar. "When my mom and dad have to change me, it has to be done on the floor, which often times is wet."

Zoey continued to share her experiences with the Congressman.

Credit: Jennifer Harrison
Born with Cerebral Palsy, Zoey Harrison is not letting her disability interfere with her fight. Her ideas are now in the hands of the U.S. Congress.

"There's this waterpark that we went to and when I went in to change out of my bathing suit, there were ants all over the floor," Zoey said, emphatically. "I don't want to have to sit in ants."

Moolenaar then asked Zoey, "I bet you're speaking for other people, too, who feel the same way you do."

Zoey said, "My friend Oakley is in a wheelchair, too, so I know how she feels."

Zoey's fight for change started when she met with State Representative Graham Filler at the Capitol in Lansing in late 2019. COVID-19 wiped out any chance for Filler and Zoey to make much headway, but the two reconnected in April of this year.

"And that's why we grabbed you in here," Zoey said.

When their meeting concluded, Congressman Moolenaar said he was thoroughly impressed with Zoey and what she's trying to accomplish.

"You don't hear that from many 12-year-olds," Moolenaar said, referring to Zoey's ideas. "Most of us adults have never really had the chance to impact legislation, and here she is advocating both on the state and the federal level."

When asked if he plans to take Zoey's ideas back to Washington D.C., Moolenaar said, "Yes. I will start researching the federal law [regarding public restroom handicapped accessibility] and learn what rules are currently in place.

"The wheelchair she uses is a different technology than perhaps had been used in the past. I'll look at the federal law and see what can be updated to reflect new technologies as well as the new norms."

Zoey was thrilled with how the meeting with the Congressman went.

"I'm so excited," Zoey said. "He loved my ideas and he said he thinks he can do something."

Two of Zoey's ideas eventually could become legislative bills in the state of Michigan. One bill is focused on increasing the accessibility in public restrooms while the other is centered around adding accessible travel information to the state of Michigan's government website, so people with disabilities and their families can plan trips and visit destinations accordingly.

She wants similar changes to the federal law.

Before leaving, Congressman Moolenaar invited Zoey to come visit him in Washington D.C. later this year. Zoey, who's never flown on an airplane, responded to him by saying, "Does it hurt when you take off?" 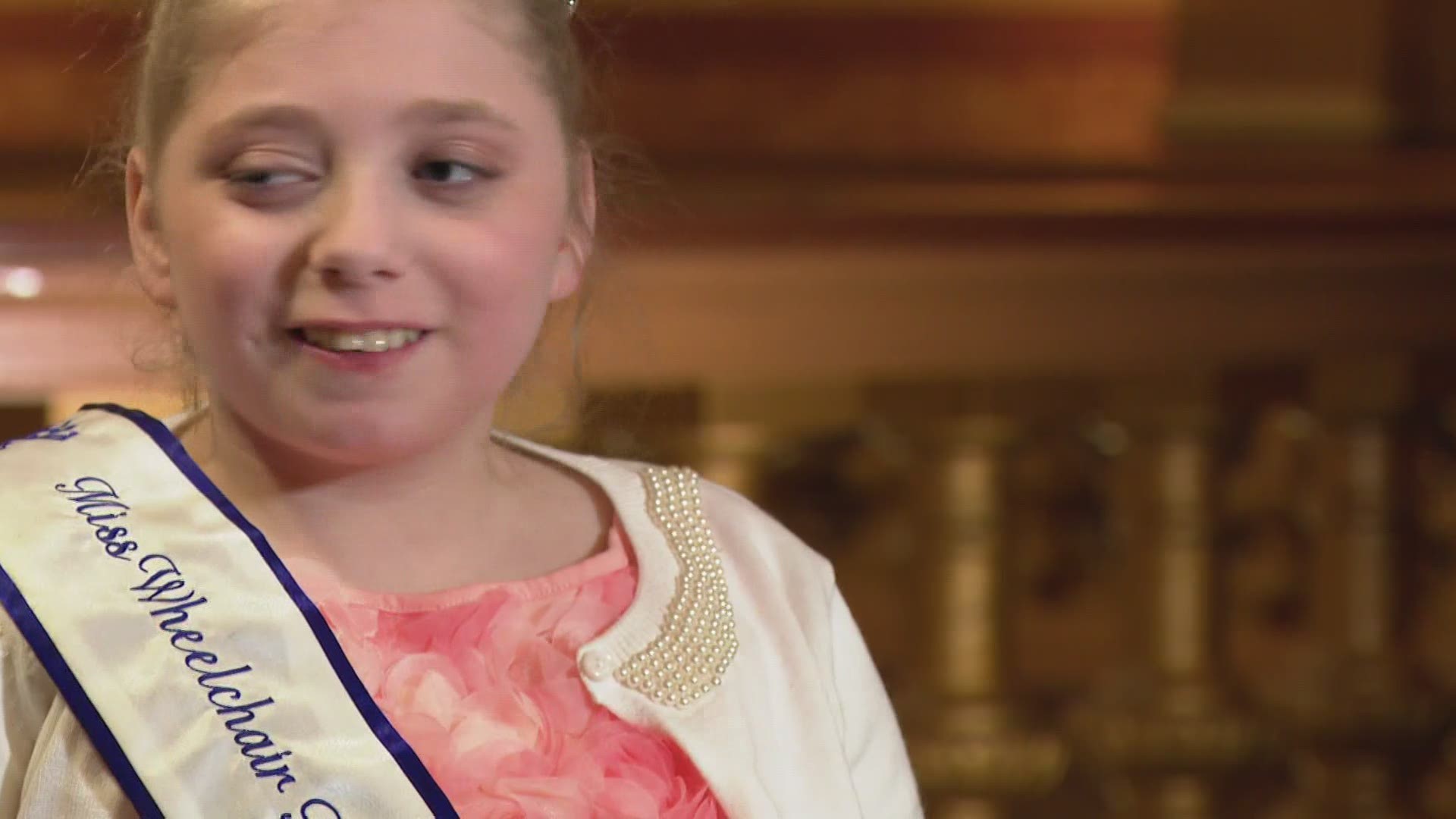