It was a daring maneuver that ended his military flying career, but gave him bragging rights for the rest of his life. Lt. Col John S. Lappo's niece shares the tale. 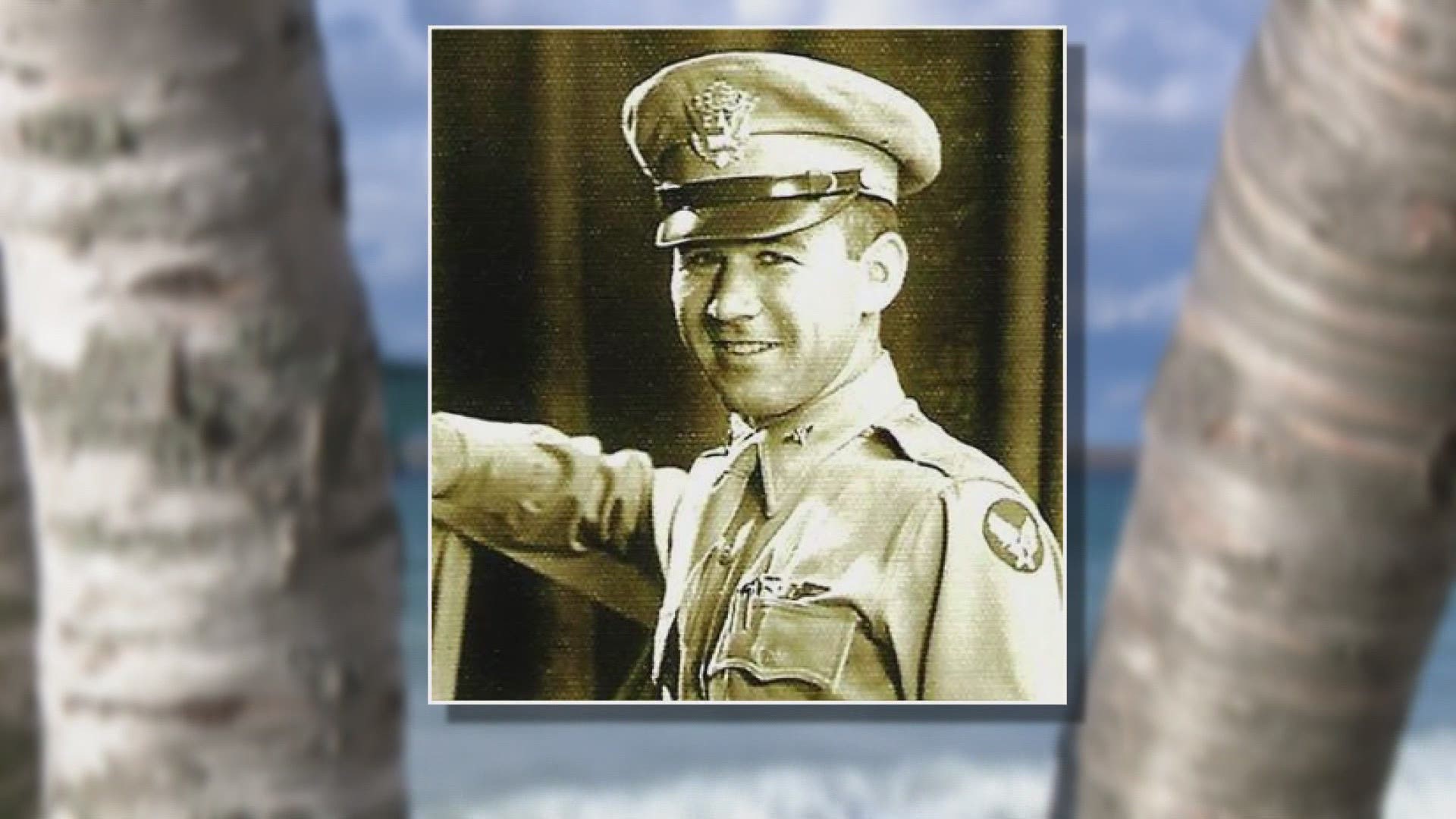 MUSKEGON, Mich. — It was an act that police called "reckless."

Last summer, a pilot was caught on video flying a plane under the Mackinac Bridge, while the bridge was packed with cars.

Guess what? That wasn't the first time it happened. In 1959, a decorated United States Air Force pilot from West Michigan decided to go all 'Maverick-from-Top-Gun', flying his six-engine B-47 Nuclear Bomber under the bridge.

Sixty-two years later, the pilot's niece discusses the daring maneuver that cost her uncle his military flying career while, at the same time, cementing him as a legend.

When we drive across the Mackinac Bridge, we're usually focused on the majesty that's before us: This massive suspension bridge, high above the churning water, linking Michigan's two peninsulas.

There are likely few travelers, when crossing the bridge, who look down and ask themselves, "I wonder what it would be like to fly an airplane under this thing?"

U.S. Air Force Lt. Col John S. Lappo not only thought about doing it, but he did it.

"He was kind of a daredevil," said Jackie Huss, who is the Experiences Director of the Lakeshore Museum Center in Muskegon, Mich. "He just wanted to prove he could do it."

Credit: Richard Mullally
John S. Lappo, a native of Muskegon, Mich., piloted a B-47 Stratojet Bomber under the Mackinac Bridge on Friday, April 24, 1959.

John Lappo was born in Muskegon on Jan. 8, 1920. His family owned Lappo Lumber, a former business in Fruitport, Mich. John decided to leave Muskegon in 1943 and join the military, where he served in both World War II and the Korean War.

In the late 1950s, with the Vietnam conflict intensifying, the then 39-year-old Lappo became 'Maverick from Top Gun' three years before actor Tom Cruise was even born.

"On Friday, April 25, 1959, he was piloting a six-engine, B-47 Bomber up by the Straits of Mackinac," said Huss. "He was known for saying that one of his goals was to fly under the Golden Gate Bridge."

Well, since he was about 3,000 miles from San Francisco, CA. at that moment in time, he realized the next best thing was approaching beneath him: Michigan's iconic Mackinac Bridge.

"His co-pilot was kind of excited about the idea, but the flight navigator was not," Huss added.

Credit: U.S. Air Force
John Lappo was piloting a B-47 bomber on April 24, 1959 when he decided to fly it under the Mackinac Bridge for kicks. He'd be court-martialed for it.

The mind-boggling feat began. Lappo descended the behemoth plane all the way down to a reported 75-100 feet above the water's surface, then leveled off. Flying at 425 mph, and with only 150 feet of clearance between the bridge and the water, Lappo pulled off the daring maneuver unscathed.

"What Lappo didn't realize was that his navigator's father was a general, and the navigator ratted him out," Huss said.

Four months after the incident, Lappo pleaded guilty at his court-martial. He faced a reprimand and was fined $50 per month for six months.

"It was a career-ending move," said Huss. "He never flew for the military again after that."

The reason Huss knows so much about this weird but true story is because she's John Lappo's niece.

Credit: Jackie Huss
Jackie Huss' grandparents used to travel to Alaska to visit John & Kay Lappo. This photo is from one of those trips. John is in the blue shirt on the left.

"His brother was married to my great aunt," Huss admitted. "My grandparents used to drive up to Alaska, where Lappo relocated with his wife, and spend several weeks there."

When asked if her grandparents ever asked Lappo what the heck he was thinking on that Friday afternoon in 1959, she said, "I'm sure they talked about it but I never heard the answer."

John Lappo died Nov. 15, 2003, of Parkinson's Disease at his home in Eagle River, Anchorage Borough, Alaska. He may be gone, but his demonstration of flying bravado that day 62-years-ago will likely never be matched or topped.

"It's probably something that a lot of people today haven't heard of," said Huss.

Well, if that's the case, they've heard of it now.