Janice Hays was born at Allegan General Hospital in 1949. Little did she know that 18 years later, she'd accept a job there. 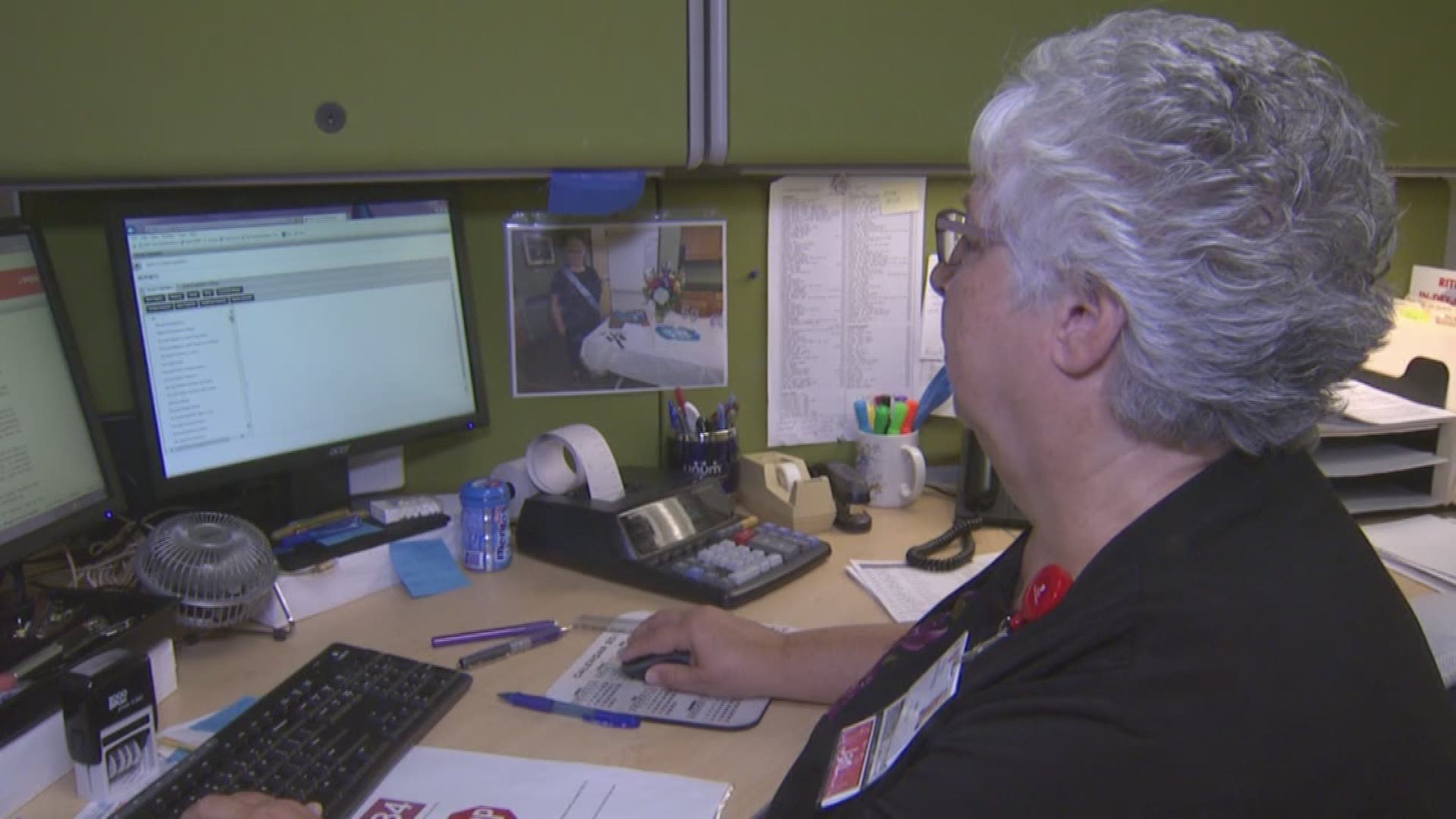 In today's work environment, the average person changes jobs ten to fifteen times during his or her career. Many workers spend five years or less in every job, so they can devote more time and energy transitioning from one job to another.

A woman from Allegan, Michigan has totally bucked this trend, and soon she'll be wrapping up 50 years working for the same employer.

Janice Hays was born at Allegan General Hospital in 1949. Little did she know that 18 years later, she'd accept a job there, and never have to seek employment elsewhere ever again.

Jan Hays has held down a myriad of different positions at Allegan General since she began working there.

"I started by doing transcriptions for radiology, then moved to switchboard after that," said Hays. "I then was an insurance biller, before taking on the role as registration clerk."

Hays served as a registration clerk for five years. She realized in the late 1970s that she had a fascination for finance, so the hospital gave her a position in the payroll department, and that's where she's resided for the last 40 years.

"Every event of my life has been celebrated here at Allegan General," added Hays. "I got married while I've worked here, and my kids were all born here.

"Retiring is a big event, and that is happening for me here at the hospital, too."

Hays grew up in Hopkins, Michigan, which is a community close to Allegan. When she got married in 1972 (5 years after she started working at Allegan General Hospital), she and her husband moved to Allegan, and have never left since.

"The bosses that I've had over the years have always treated me well," said Hays. "This is really a great place to work, and I can't quite imagine yet what it will be like to not come in every day."

Hays says she has several hobbies that will keep her occupied, during her upcoming retirement. She also has 7 grandchildren who she says will commandeer a majority of her time.

If you know of a story that would make a good feature for "Our Michigan Life," send the idea via email to life@wzzm13.com.