Two large stained-glass windows at Ganges United Methodist Church were in danger of falling, until somebody donated $50k, allowing restoration costs to be covered. 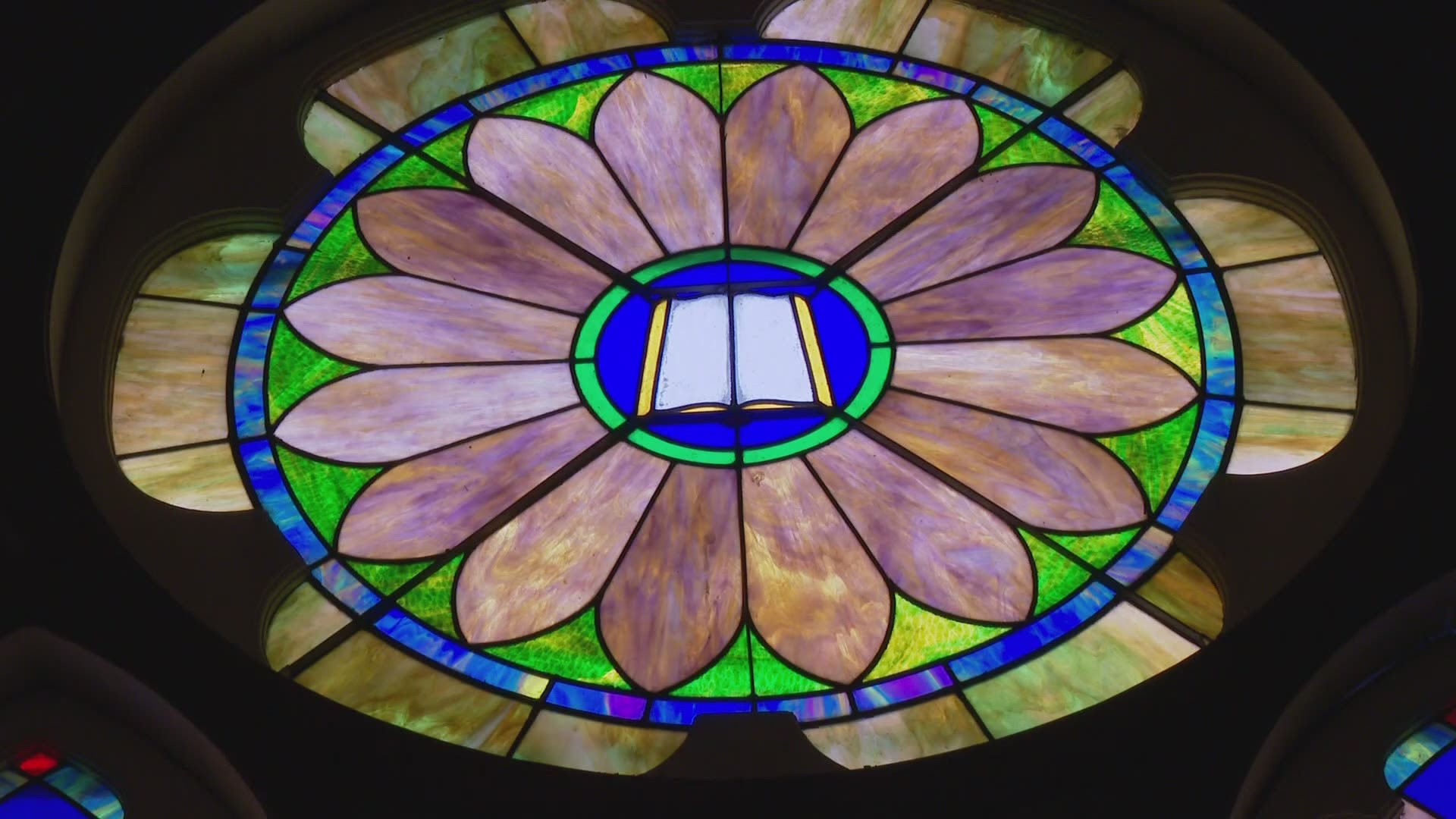 FENNVILLE, Mich. — Churches are mostly in the business of saving souls but there's one in Fennville that's been desperately trying to save something else - two giant stained-glass windows that are in danger of pulling free from their fittings due to age and falling.

Thanks to a recent $50,000 anonymous donation, the church has reached its goal of $89,000, which will cover the cost of the necessary restoration work.

"We've been continuing to get donations," said Marcia Tucker, who is the pastor of Ganges United Methodist Church. "We've gotten small amounts, while some have offered $1,000."

The stained-glass windows were installed when the current church was built after a 1929 fire destroyed the old church. After 9 decades, Pastor Tucker says the weight of two windows - one located in the upstairs balcony and the other forming the backdrop for the alter - has caused them to pull loose from the wooden frames that hold them in place.

Last fall, the church solicited a window company, which quoted repairs for both windows to be $89,000.

"All I know is I have been preaching to my people since we decided we had to do this, is that God will provide," added Pastor Tucker. "We have to have faith." 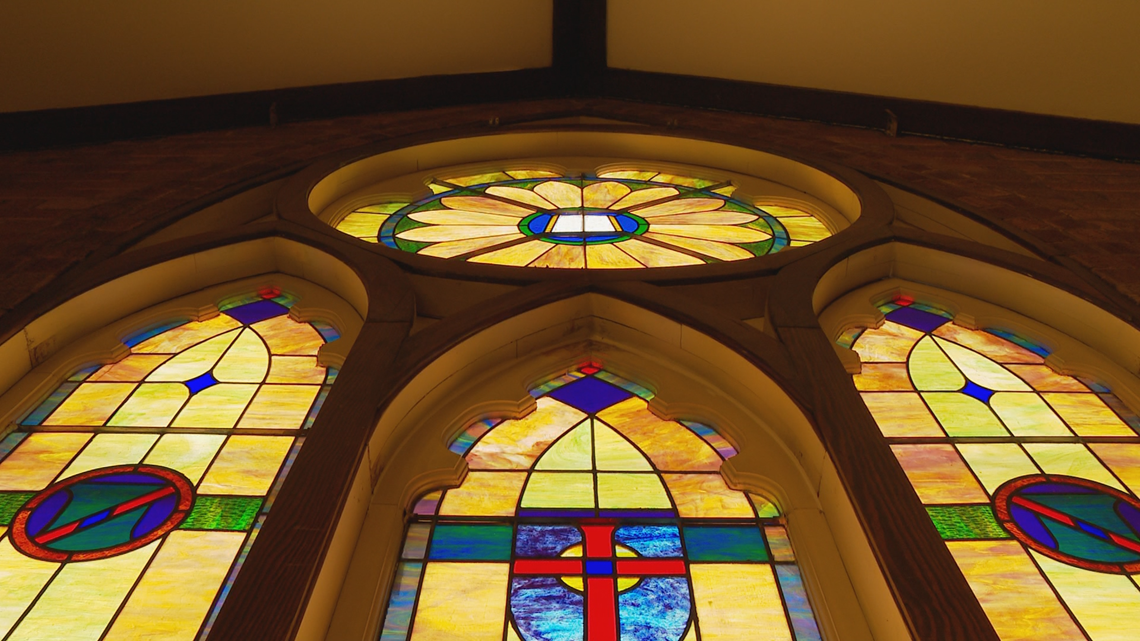 In January, 13 ON YOUR SIDE profiled the church's window issues and financial needs to get them fixed. Pastor Tucker says after the story aired on TV and circulated online, donations really picked up.

"After the story aired, over a 3-week span, we took in around $9,000," Pastor Tucker said. "That got us to a place where we could pay to have only the window on the west end of the church repaired this year."

Once that project was completed, the church would have to start over from scratch and raise another $45,000 so the east window could be restored.

For a church with only 40 congregation members, passing the offering plate every Sunday isn't going to raise that kind of money fast enough.

On February 11, Pastor Tucker says she was at church and went outside to get the mail. As she was sifting through all the envelopes, she saw one postmarked from a place called, 'Barbabas Foundation' located in Crete, Illinois.

Credit: 13 ON YOUR SIDE
The $50,000 donation, made through 'Barnabas Foundation' in Illinois, will allow the church to get its crumbling stained-glass windows restored.

Credit: 13 ON YOUR SIDE
As soon as Pastor Marcia Tucker opened the letter and read it, she had to read it two more times before she could believe the $50k donation was real.

"I was curious what it was," Pastor Tucker said. "I opened it and inside was a letter that said they're giving the church $50,000 for the stained-glass window repair restoration."

Pastor Tucker said she read the letter at least three times because she couldn't believe it to be true.

Barnabas Foundation is a non-profit organization that helps generous individuals designate money to churches and ministries. Since 1976, the foundation has distributed more than $1 billion in donations.

"We'll never know who donated this money to us because the person wants to remain anonymous," added Pastor Tucker. "God heard our prayers, touched some hearts, and those hearts then reached out to Barnabas Foundation and there we were."

Credit: 13 ON YOUR SIDE
Since the church started taking donations, they've colored a PVC pipe to show how much they've made. It's now colored all the way to the top.

Credit: 13 ON YOUR SIDE
Since the church started taking donations, they've colored a PVC pipe to show how much they've made. It's now colored all the way to the top.

Pastor Tucker says she contacted the window company who gave the church the $89,000 restoration quote and got on their schedule.

Work will begin to fix the crumbling stained-glass windows sometime in early March of this year.