Cedar Springs' Walker Glyshaw has been ambidextrous since he was little. That skill is allowing him to develop into one of the country's few "switch-pitchers." 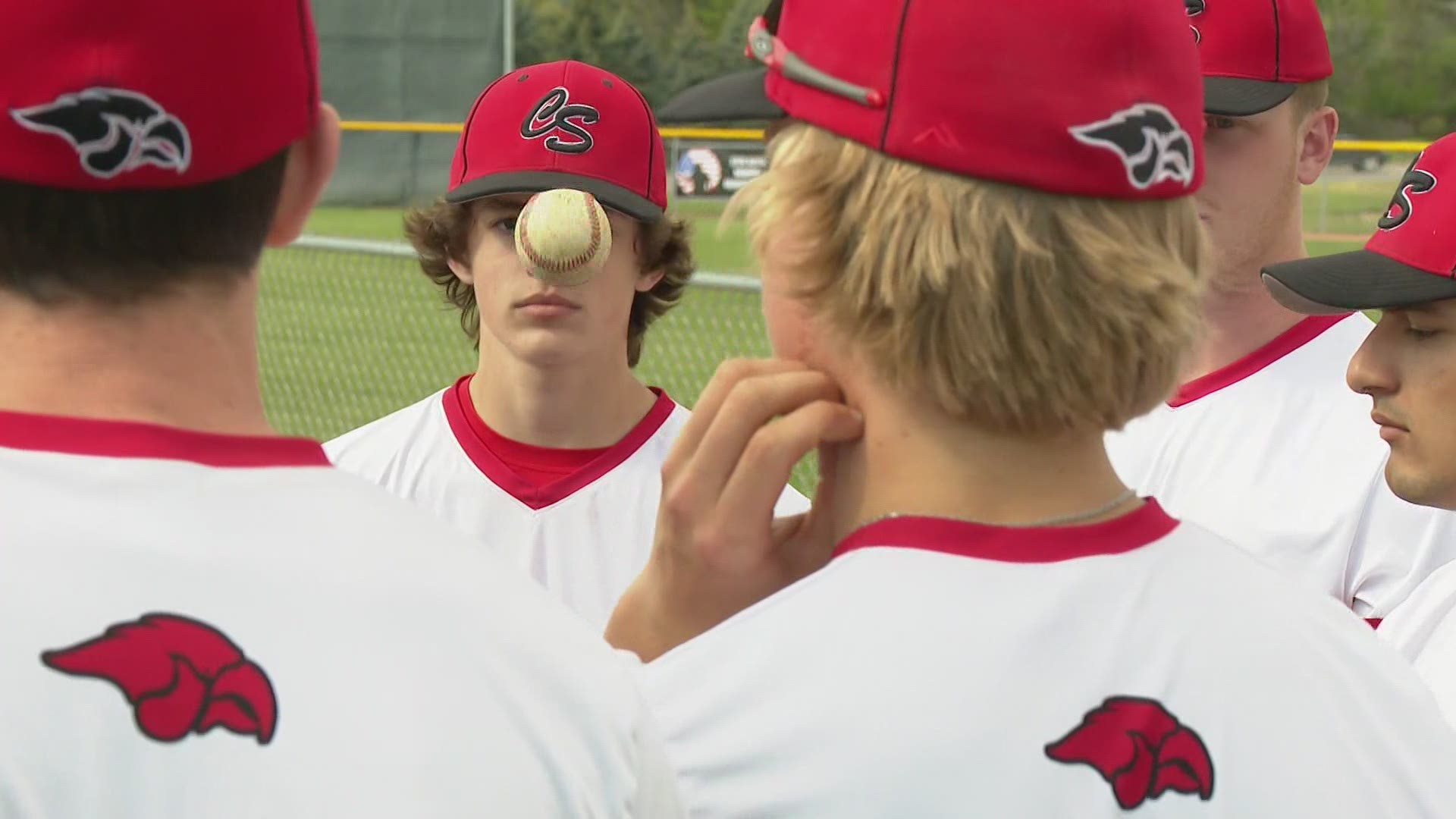 CEDAR SPRINGS, Mich. — It's more of a rarity in baseball than turning an unassisted triple play or pitching a perfect game, yet a freshman at Cedar Springs High School is doing it a couple times each week, forcing opposing coaches, hitters and even the umpires, to wipe their eyes and re-read the rulebook.

Ever since Walker Glyshaw can remember, he's been throwing a ball with both arms.

"My dad wanted me to be left-handed because he knew left-handed pitchers are normally more effective, but I stuck with right-handed, too," said Walker, 14, who's both a starting and relief pitcher for the Cedar Springs varsity baseball team. "As I got older, I realized I was different."

In Walker's case, different meant he was developing a skill few baseball pitchers have had.

He's a "switch-pitcher," which means he's ambidextrous and can effectively pitch with both arms in the same game.

Credit: 13 ON YOUR SIDE
Walker Glyshaw, 14, is a freshman switch-pitcher for Cedar Springs' varsity baseball team. He leads the team in strikeouts and ERA this season.

Credit: 13 ON YOUR SIDE
Walker Glyshaw, 14, is a freshman switch-pitcher for Cedar Springs' varsity baseball team. He leads the team in strikeouts and ERA this season.

"I throw in the low 80s (mph) right-handed and mid to high 70s left-handed," said Walker, who leads the Red Hawks this season in both strikeouts and earned run average. "I enjoy making it harder on the hitters."

When Walker was in Little League, he took two gloves to the mound and switched out each time he threw from each side of the mound.

Today, custom gloves are made for switch-pitchers.

Credit: 13 ON YOUR SIDE
Walker Glyshaw custom-ordered his glove, which is actually two-gloves-in-one. When he switches, he takes it off one hand and slides it on the other.

"My glove has two thumbs and two pockets," Walker said. "I'm able to take it off one hand and put it on the other."

Walker's father, Justin Glyshaw, also happens to be the head baseball coach at Cedar Springs. So, he's had a front row seat to watch Walker develop.

"When I saw how great he could throw with both arms as a youngster, I knew we had to find a way for him to make this work," Justin said. "It's like having two pitchers that live at my house in the same body."

Before each game Walker will be available to pitch, during the pre-game meeting with the umpires and opposing coach, he always has to make sure everybody knows he's using a switch pitcher, and what the specific rules are.

"I've had coaches that have come out and wanted to challenge it," Justin said. "Sometimes the umpires know the rules and sometimes they don't."

In 2015, the Oakland Athletics called up pitcher Pat Venditte, making him the first regular switch-pitcher to appear in a Major League game since 1894.

MLB had to create a new rule because of Venditte's unique ability. It's called The Pat Venditte Rule:

"A pitcher must indicate visually to the umpire-in-chief, the batter and any runners the hand with which he intends to pitch, which may be done by wearing his glove on the other hand while touching the pitcher's plate. The pitcher is not permitted to pitch with the other hand until the batter is retired, the batter becomes a runner, the inning ends, the batter is substituted for by a pinch-hitter or the pitcher incurs an injury. In the event a pitcher switches pitching hands during an at-bat because he has suffered an injury, the pitcher may not, for the remainder of the game, pitch with the hand from which he has switched. The pitcher shall not be given the opportunity to throw any preparatory pitches after switching pitching hands. Any change of pitching hands must be indicated clearly to the umpire-in-chief."

In sum, when a switch-hitter comes to the plate, Walker must first indicate to the plate umpire with which hand he intends to throw, and then the batter decides from which box he intends to hit. Walker cannot change hands in the middle of a plate appearance unless an injury prevents him from throwing from that side.

Walker says he plans to continue developing his abilities as a switch-pitcher and hopes one day to showcase the unique skill in the Major Leagues.

"He's in great physical shape because of the amount of work that he has to do to train both arms," Justin said. "He's just a rare kid that comes along, never." 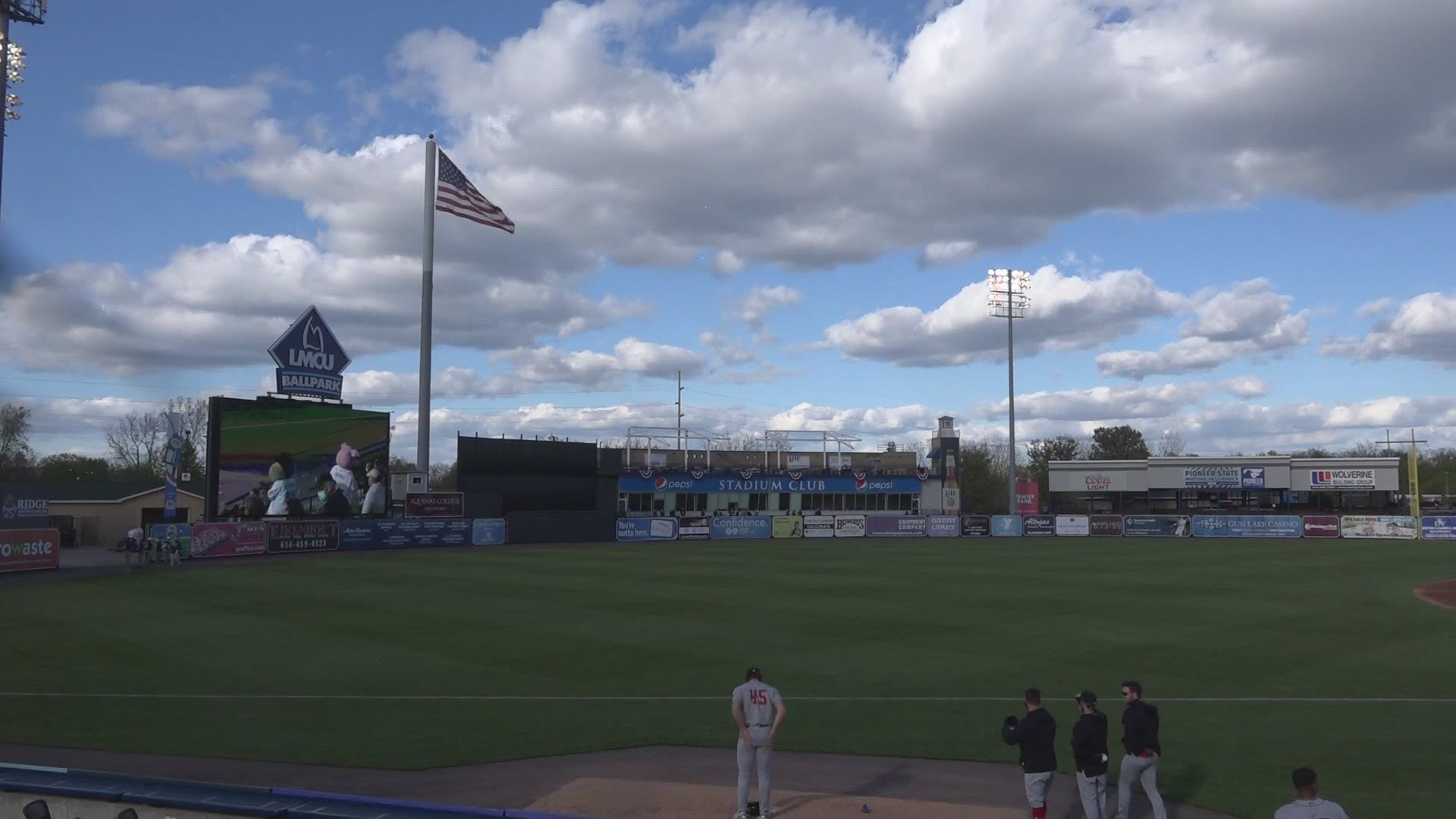