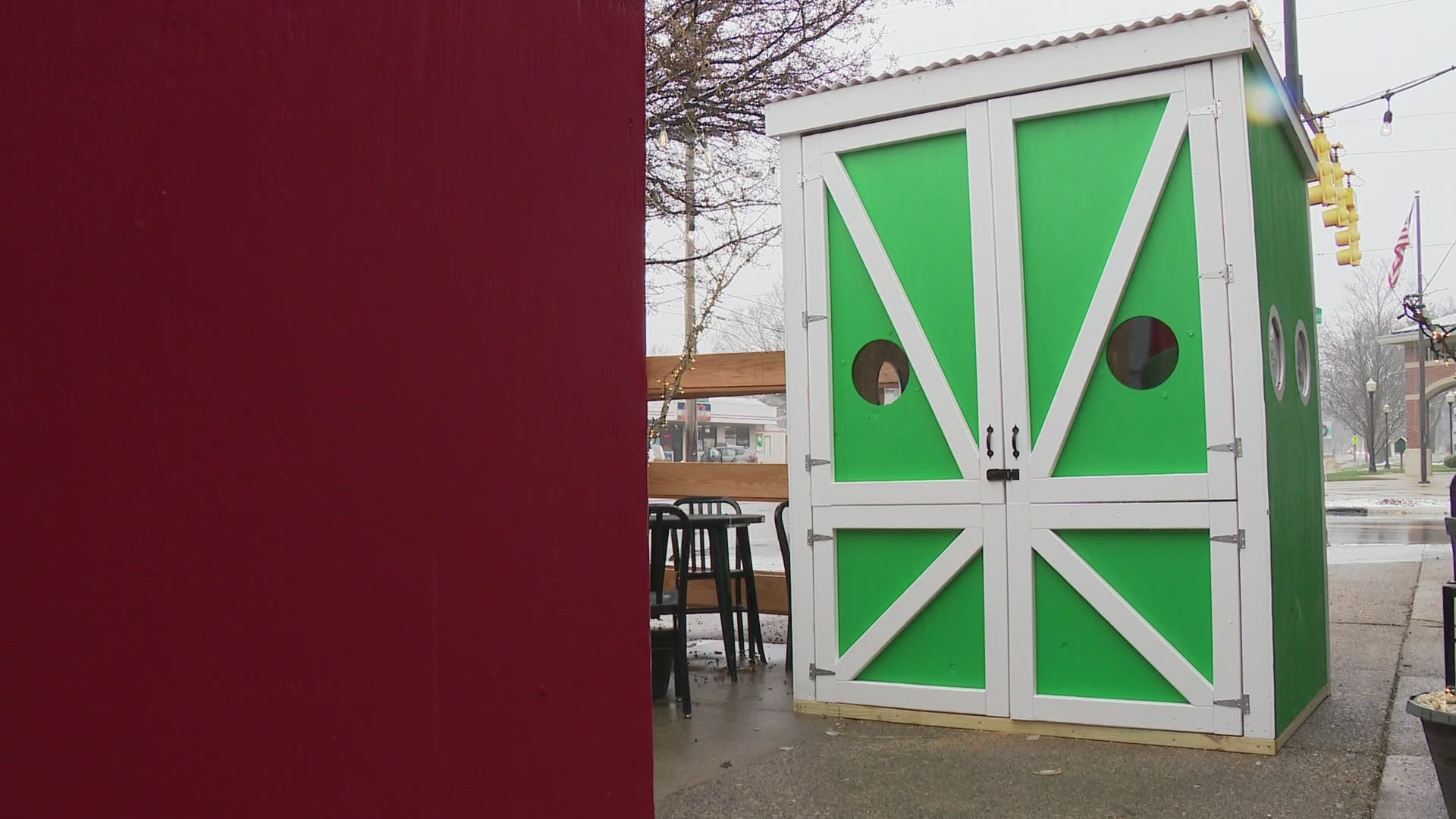 A craft brewery in Grand Rapids has invented a way to bring the indoor experience outdoors, legally allowing four people from the same household to experience some level or normalcy.

A few weeks ago, Chris Gibbons, who owns Brass Ring Brewery, says he could sense that another shutdown was imminent.

"It just became compelling for me to find some way to continue to do what we set out to do and that's serve the people," said Gibbons. "The enthusiasm grew for the project."

The project Gibbons is referencing is creating a way his loyal customers could still have an indoor experience, outdoors.

"I never envisioned myself making Beer Shanties," said Gibbons, jokingly. "But, you got to do what you got to do."

A couple weeks ago, Gibbons, along with a friend, made a trip to a local Lowe's Home Improvement store and bought a bunch of supplies, and immediately began building what Gibbons calls 'Beer Shanties.'

"I grew up in Charlevoix, Mich. and remember seeing ice fishermen out on the lake," said Gibbons. "The image of the shanties they used popped into my head and I envisioned something similar with a seating area inside."

Credit: Chis Gibbons
Soon after the recent COVID-19 shutdown went into effect, Chris Gibbons invented 'Beer Shanties,' and built three of them in a matter of days.

Credit: Chris Gibbons
Soon after the recent COVID-19 shutdown went into effect, Chris Gibbons invented 'Beer Shanties,' and built three of them in a matter of days.

"It was a night and day project for us for a week," said Gibbons. "We turned my basement into a Beer Shanty finishing facility."

On Monday, Gibbons placed the three Beer Shanties on the patio in front of his brewery. Each one has a wooden, restaurant-style booth inside.

"They're insulated," said Gibbons. "We're hoping to add heat to them soon."

Four people from the same household are allowed to make a 90-minute reservation to come dine and drink inside the shanty.

"After the current temporary shutdown is over, we will allow blended households to come in," said Gibbons.

"If there's more demand, we'll see what we can do to keep them open later or maybe a little earlier on weekends," said Gibbons.

Once the shutdown is lifted, the Beer Shanties won't be. Gibbons says they will remain on the patio until April 2021, allowing people to be able to continue reserving them even though they will be allowed back inside the brewery.

"I'm pretty excited about it," said Gibbons. "I'm just happy we've found a way to still be able to do what we intended to do when we opened Brass Ring Brewery three years ago — that's serve the people."

Patrons will be able to start using the Beer Shanties during regular business hours on Wednesday, Nov. 25. Reservations are already booking quickly, so if you're interested, click HERE and look for the 'Reserve Your Shanty' icon at the top of the page.

Credit: 13 ON YOUR SIDE
No more than four members from one household are allowed to reserve a Beer Shanty. When shutdown is lifted, blended patrons can enter.

Gibbons says that he and his staff are currently trying to come up with a special beer name to commemorate their invention of the Beer Shanties. 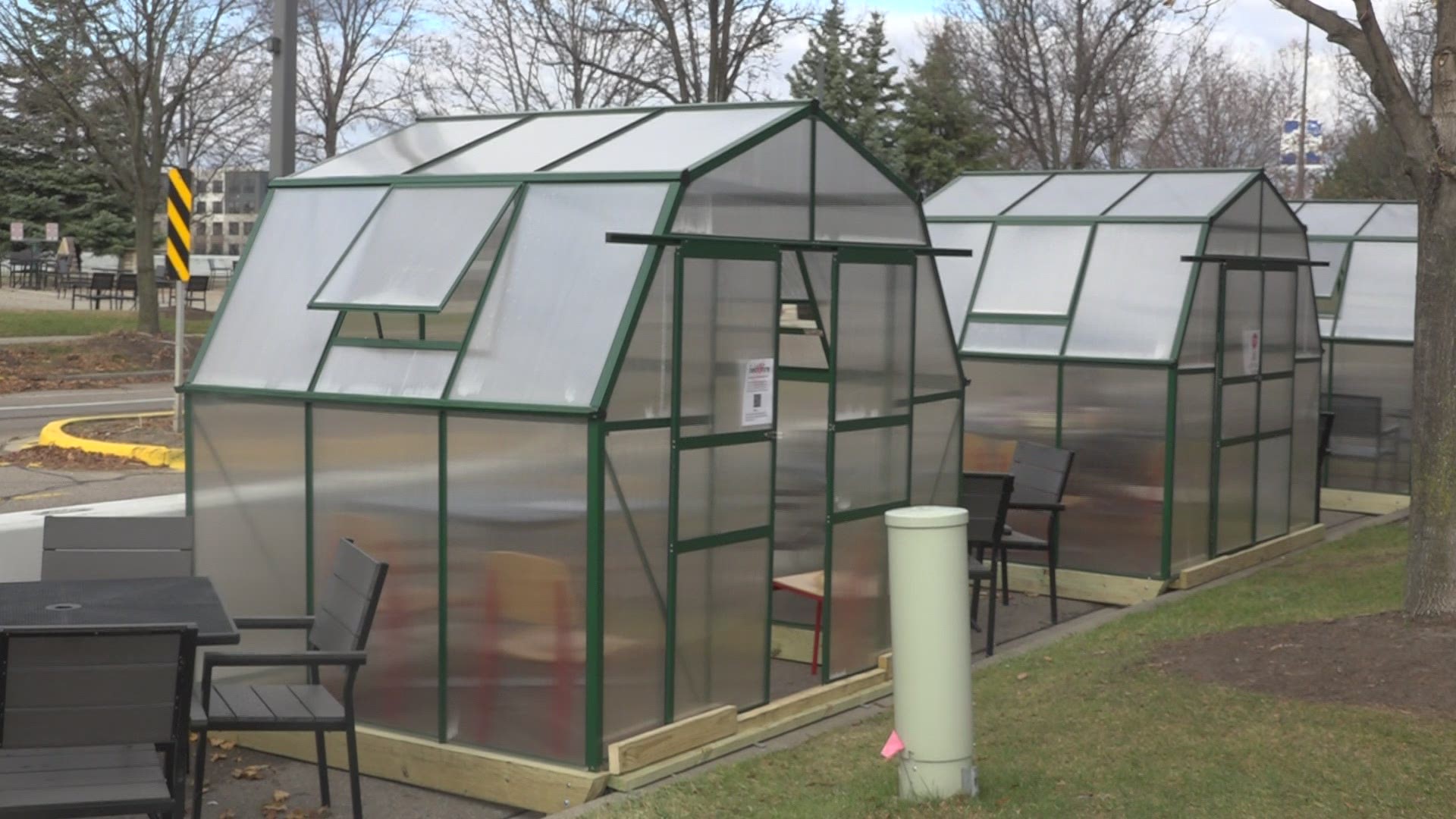