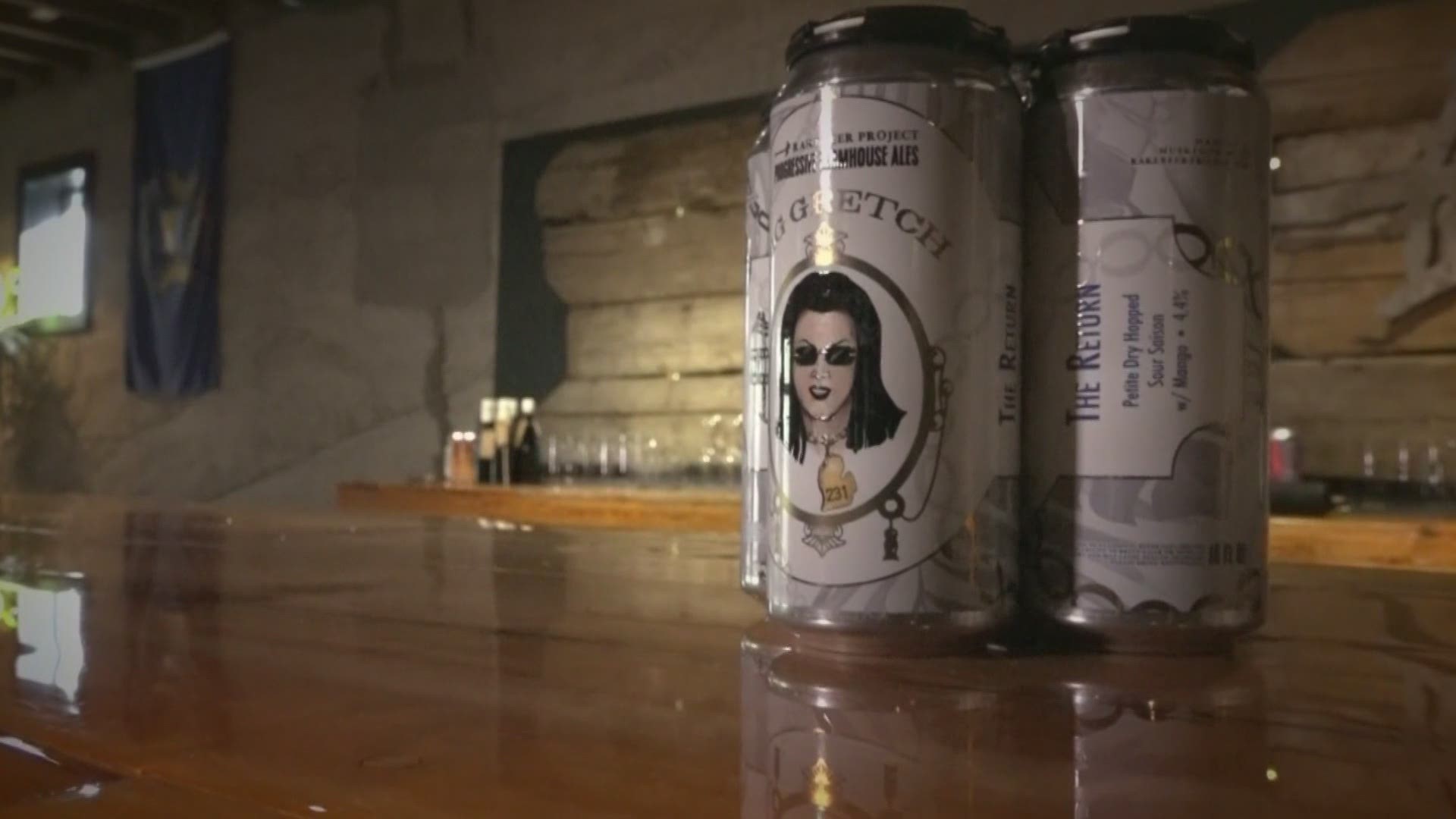 MUSKEGON, Mich. — Bars and restaurants have been shut down for indoor service the last few weeks, after the state issued a three-week pause to combat the recent surge of COVID-19.

A West Michigan brewmaster is offering support to the governor, encouraging Michigan residents to keep following all of the health guidelines, by naming a beer after her, and it's available now for preorder.

"The virus isn't going to go away just by us being angry about it," said Josh Rake, owner and proprietor of Rake Beer Project in Muskegon, Mi. "We need to make the best of it right now."

Last spring, when the COVID-19 pandemic started sweeping the state of Michigan, which forced the first shutdown and the governor's stay at home order, Rake created a hard seltzer and named it, 'Big Gretch: the Tonic.'

"It sold out within minutes," said Rake.

So, when rumors began to swirl a few weeks ago about the possibility of another shutdown looming, Rake and his staff decided they wanted to do a second run of 'Big Gretch,' but this time make it a beer.

"I take it more as support of just being proactive towards how the governor is handling the situation," said Rake.

"It's a light beer that reflects our farmhouse brewing style," said Rake. "It's a petite, sour saison, dry hopped then conditioned in mango."

Rake's illustrator created artwork for a new label, featuring Michigan Governor Gretchen Whitmer wearing sun glasses, with a gold chain around her neck, featuring the state of Michigan with Muskegon's 231 area code engraved on it.

"A lot of local business owners just want to have the virus done," added Rake. "We believe what the scientists say so we're taking it seriously so we can put it behind us."

Rake says the creation of 'Big Gretch Beer' isn't to make a political statement, but rather to be positive about the whole situation.

"Business won't get back to normal for us or anybody else until this pandemic is over," added Rake. "Just being open at 50 percent isn't something we can count on long-term."

Like all restaurants and breweries, Rake is only allowed to offer carryout service under the new health order.

If you're interested in ordering some 'Big Gretch Beer,' don't wait too long. Pre-orders go live at 6 p.m. Tuesday, Dec. 1. Rake says he's brewed 15 barrels, which is three times more than the seltzer that was available in May, but that doesn't ensure it will last long.

"We're just excited to get this beer into people's hands," said Rake.

If you're interested in pre-ordering 'Big Gretch Beer,' click HERE. It retails for $18 a four-pack (16 oz. cans). Pickups are available from noon to 7 p.m. on Dec. 4 and Dec. 5 at Josh's Muskegon taproom which is located a 794 Pine St. downtown.

Josh says if 'Big Gretch Beer' doesn't sell out, he will have it available at his taproom for sale.

He says he may even send some of the beer to a few retailers. 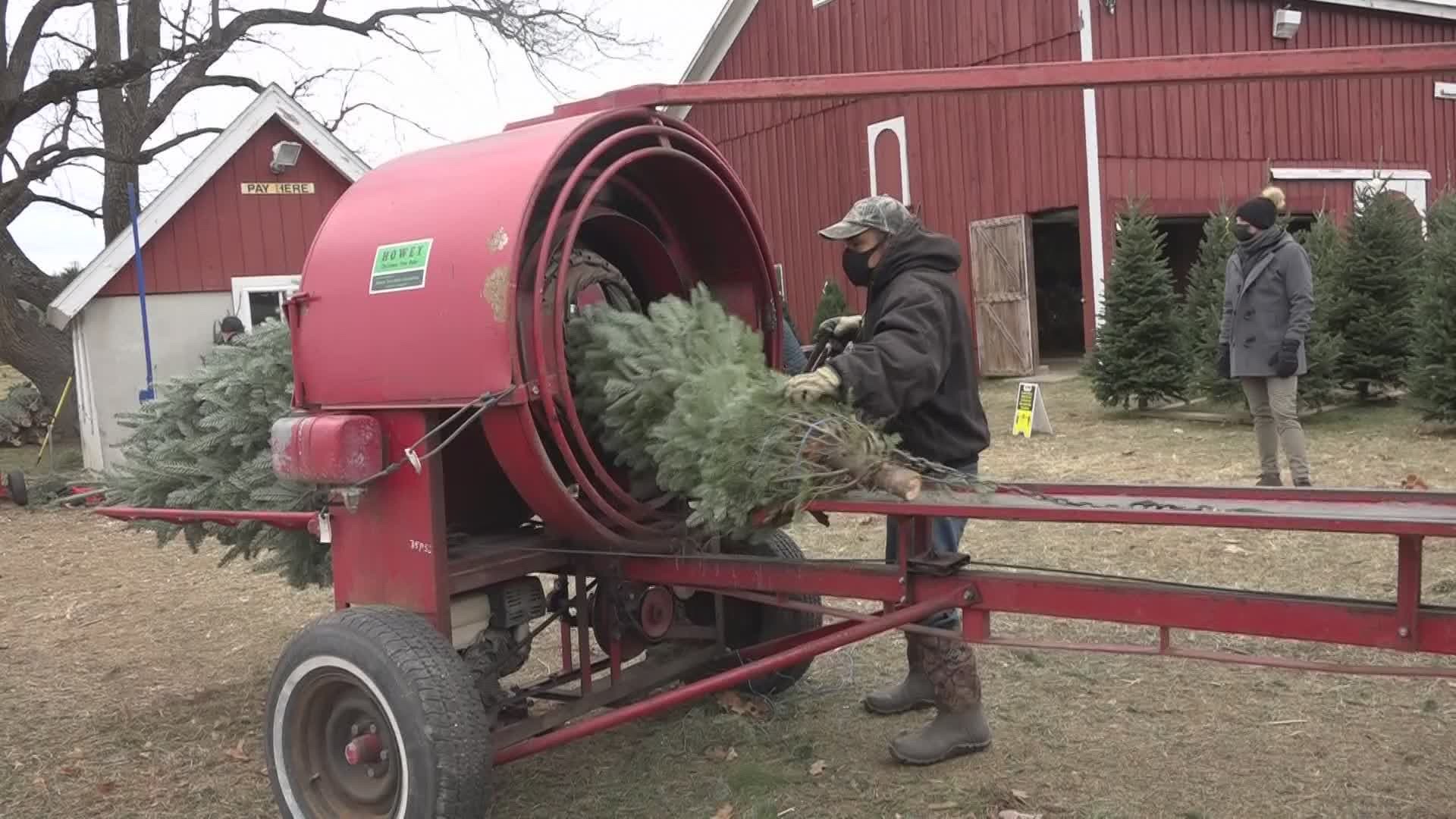