"All records are meant to be broken but whether anybody will choose to break this one, I don't know," said Tim Beam. 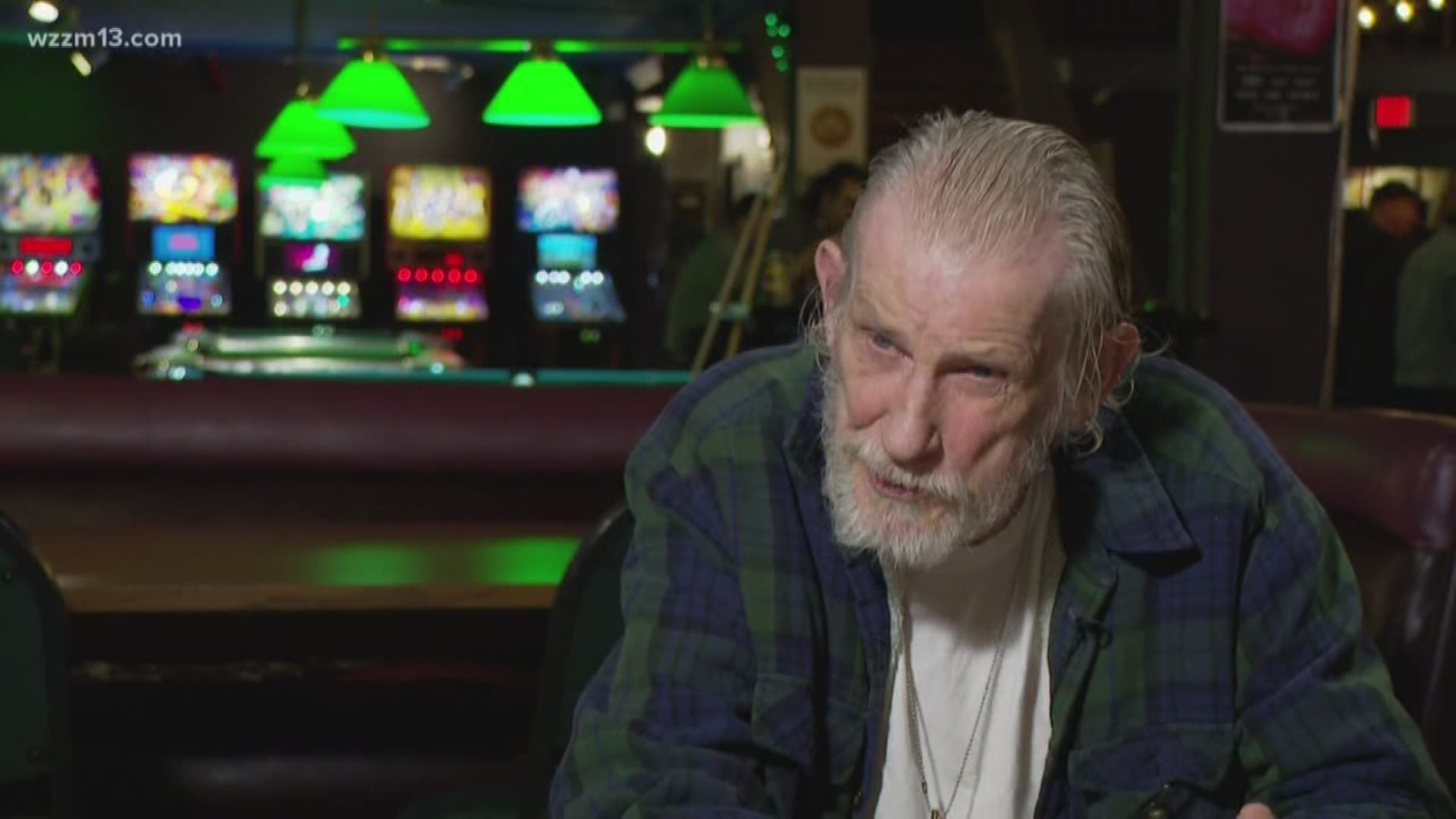 LANSING, Mich. — A unique streak that was started by a man in Lansing in early April 2018 has come to an end a year and a week later because he wanted to choose when it ended rather than allow for his terminal lung cancer to ultimately make the choice for him.

Tim Beam has been regularly singing karaoke at Lansing-area establishments for more than 30 years, but it was a year ago when he decided to elevate his love for this form of interactive entertainment to a place nobody else has likely taken it.

RELATED: 'SING LIKE YA GOT A PAIR' | Michigan man maintains unprecedented karaoke streak

On April 3, 2018, Beam decided to embark on an interesting odyssey, traveling to a different Lansing establishment every night to sing karaoke. He spent the next 8 months mapping out each week with the location he wanted to go to.

"Some nights you get so wound up from it you can't get any sleep," said Beam.

From April to late November, Beam had few if any complications maintaining his streak, but finding places offering karaoke on major holidays proved to be a major challenge for him.

"I truly thought the streak would end on Thanksgiving Day last year," said Beam. "But after the first WZZM story aired, a woman from Sparta, Stephanie Bowden, contacted me and said she was having karaoke at her family feast and invited me to join."

RELATED: 'IT'S A WONDERFUL GESTURE' | Thanks to Sparta women, his karaoke streak continues

Beam was able to keep his karaoke streak alive through Thanksgiving as well as the Christmas and New Year holidays, but more challenges started to present themselves in early 2019.

"The weather and also [Lansing] bars closing, [Lansing] bars dropping karaoke, forced me to travel [to keep the streak alive]," said Beam. "From January through March, every Tuesday night, I either drove to Jackson or Grand Rapids [for karaoke].

"Many of those Tuesdays I was driving in whiteout conditions."

He kept up this pace all while continuing aggressive chemotherapy treatments every couple weeks for stage four non-small cell lung cancer.

"When you are under this treatment, it's a physical roller coaster," said Beam, who was first diagnosed with the disease in late 2017. "A lot of people say, 'I don't know how you do it.'"

After Beam reached the one year marker for his streak earlier this month, he decided it was time to end it.

Beam reached out to 13 ON YOUR SIDE on Sunday, April 7 and said he was ending the streak Monday, April 8.

The Avenue, which is a bar along Michigan Avenue in downtown Lansing, was his establishment of choice where his streak was to end.

"Since the streak started, I've sung 1,788 different songs," said Beam. "But tonight, for my sign-off song, I have chosen to sing a repeat."

Beam says one of his favorite singers growing up was Sammy Davis Jr., so he decided to sing one of his classics: "I've Gotta Be Me."

"The streak has been all about me being me," said Beam. "I felt that song choice was a fitting way to end things."

A little after 9 p.m., Beam took the stage and sang "I've Gotta Be Me" with all the power and passion his lungs would allow. After he finished, he bowed his head while many in the bar cheered.

"All records are meant to be broken," said Beam. "Whether anybody will ever choose to break this one, I don't know."

"As long as my health allows, I will be out there singing, just not every night," said Beam. "It's exciting to know that I don't have to stress about trying to find a place to sing on Easter this year."

Beam says since he started logging all of his karaoke songs in the 1980s, he's sung 5,588 different ones.

"It'll be up to God to make me walk away from karaoke."

If you know of a story that should be featured on "Our Michigan Life," send a detailed email to 13 ON YOUR SIDE's Brent Ashcroft: life@13OnYourSide.com