Ava Schmidt brought "Ava's Animal Adventure" game to Helen DeVos Children's Hospital during her April stay. Now future patients can play, as she donates 45 of them. 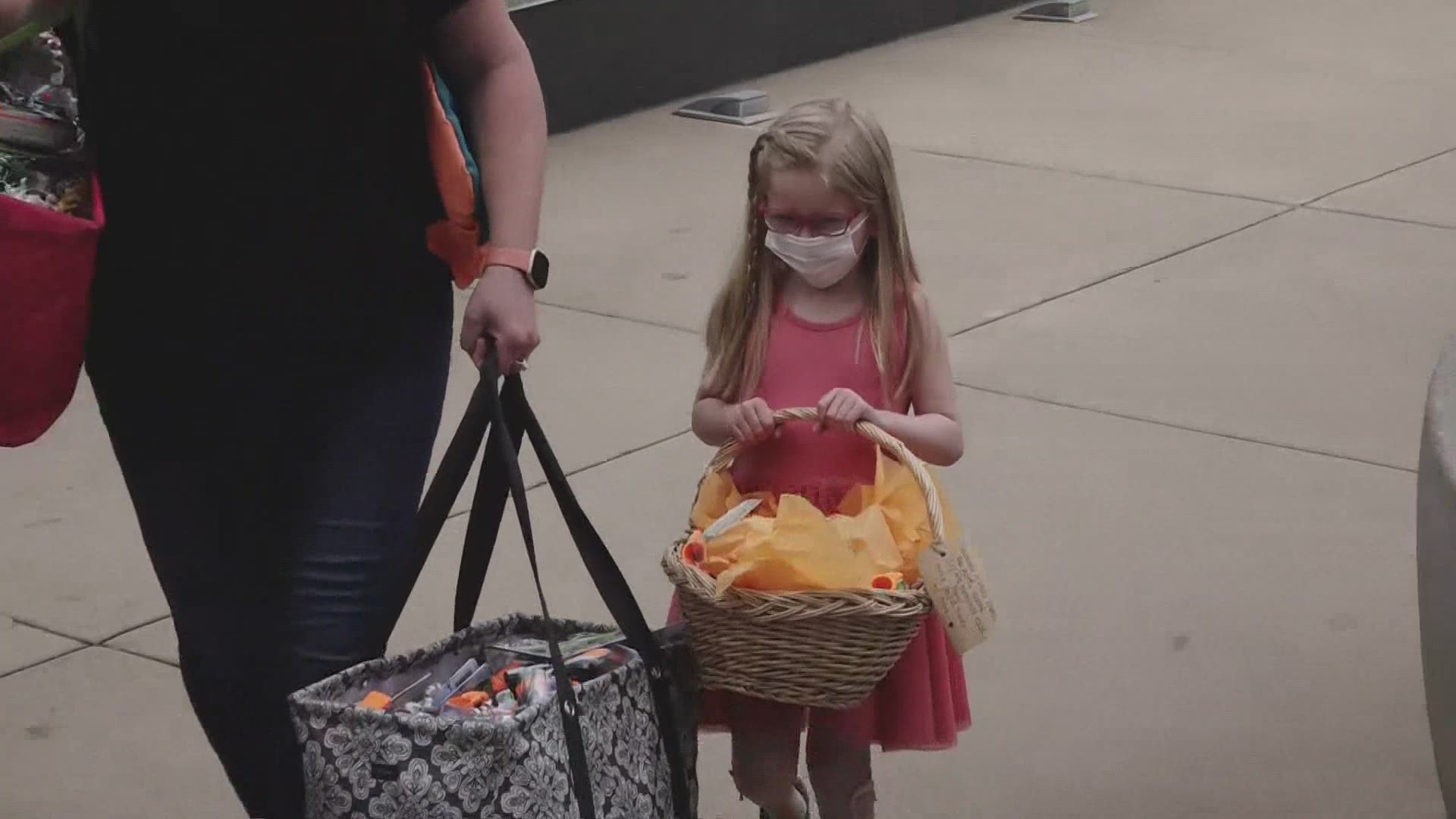 GRAND RAPIDS, Mich. — Ava Schmidt was admitted to Helen DeVos Children's Hospital in Grand Rapids in April to be evaluated for reoccurring seizures. She had no idea that the game she brought with her to pass time would be taken over and played by most of the doctors, nurses and child life specialists on her floor.

One month later, Ava returned to the hospital. This time it wasn't for a medical checkup. Instead, it was to donate several versions of "Ava's Animal Adventure" game, so that future patients and all the medical personnel can play.

"After the WZZM story aired about me, my mom put a post on Facebook to get donations," said Ava, 7. "We were hoping to get enough money to buy 10 games, but we got way more money than we expected."

Ava's mother, Janna Schmidt, said after 24 hours on Facebook, the ask for donations brought in enough money to purchase 45 of the games.

"I remember how fun it was having all the doctors and nurses coming into my room to play," Ava said. "I wanted to make sure other kids can have that experience, too."

Monday after school, Ava and her mom brought baskets chock-full of Nerf Guns, Nerf pellets and what seemed like endless bags of little plastic animals to the hospital.

"This is so exciting," said Molly Gering, who is a child life specialist at Helen DeVos Children's Hospital. "For the six days Ava was here, this game was the biggest thing happening on the sixth floor."

Ava's game was so addicting, doctors and nurses continued to filter into her room to play. It got so competitive, the medical personnel used a dry-erase marker to keep score on Ava's window.

Thanks to this first grader from Grand Haven, the hospital won't have to worry about dealing with a shortage of "Ava's Animal Adventure" game anytime soon.

"Since I was the one who got all the games from Ava, don't be surprised if I create a secret stash for the child life team," Gering joked.

Credit: Helen DeVos Children's Hospital
Soon after Ava dropped off all of her donated games, the first one was handed out to Patrick.

The hospital didn't wait to start handing out Ava's game to current patients. Patrick was the first to receive one. 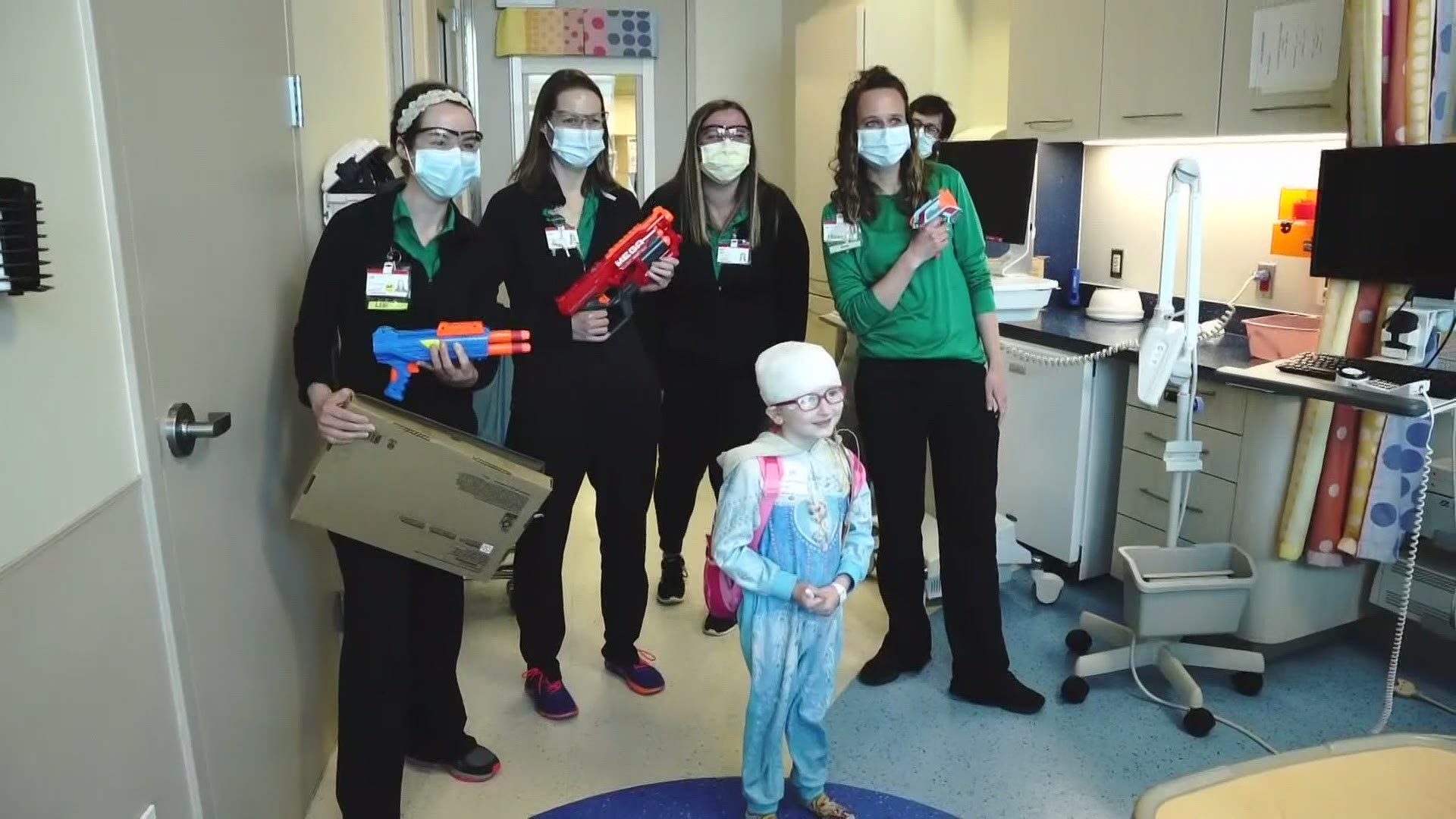