Grand Rapids Civic Theater was forced to close in March because of COVID-19. They came up with a fundraising idea to recoup lost revenue called 'Driveway Cabaret.' 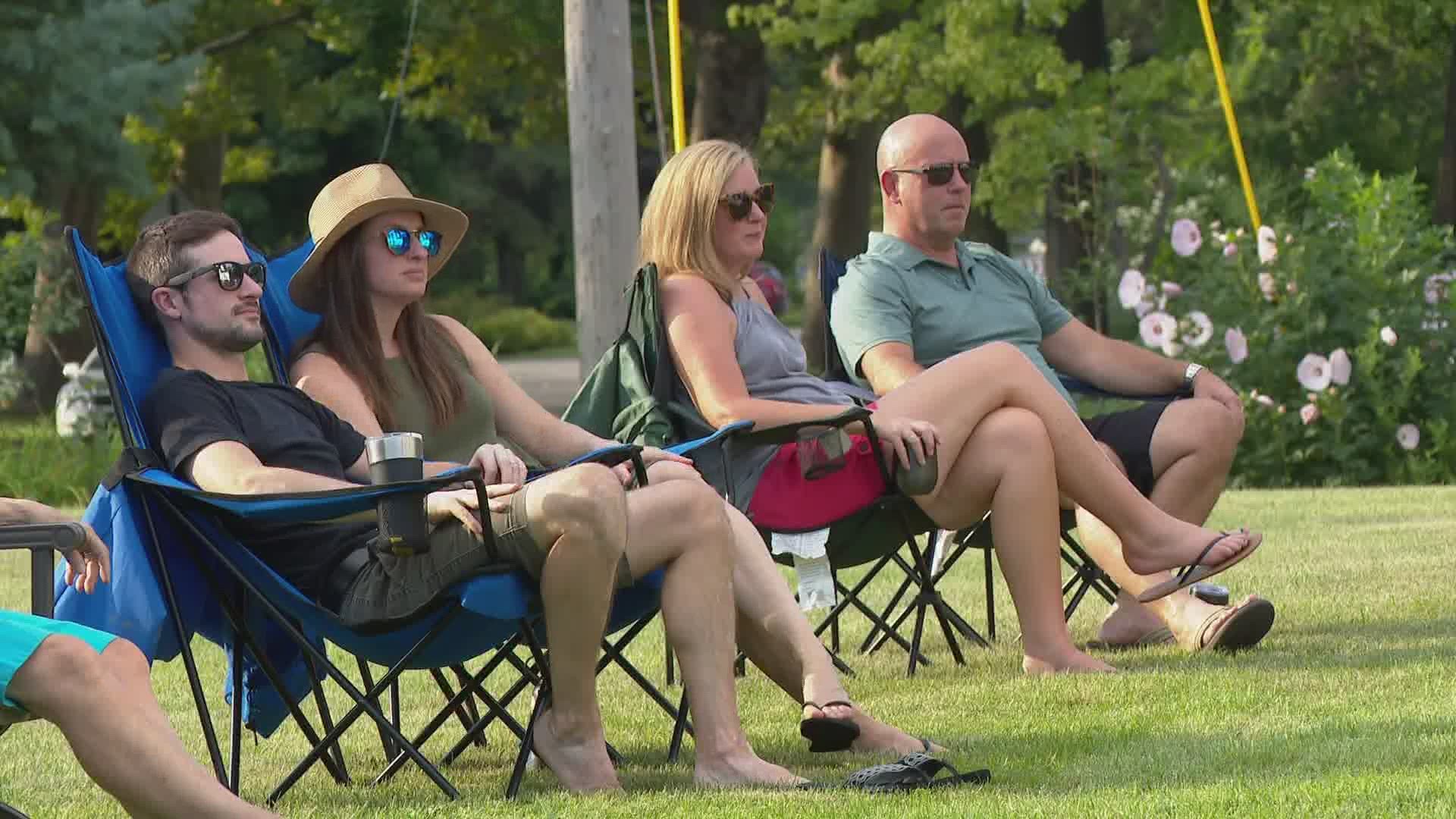 GRAND RAPIDS, Mich. — The Grand Rapids Civic Theater was forced to drop the curtain on its season in March due to COVID-19. One of the solutions the theater's management group came up with to recoup lost revenue has been to bring Broadway to people's driveways.

In February of this year, all was healthy with the theater. It was in the middle of its run of 'Matilda the Musical,' and it had just announced the schedule for its new season, which would have started in September.

"We were forced to close," said Ben Greene, director of marketing and engagement for the Civic Theater. "Concern started growing on how we were going to bring in revenue."

Greene says that he and his management group started brainstorming, hoping to identify a few fundraising endeavors that would help bring in money during the down time.

"We were looking at loosing close to a million dollars or more in revenue," Greene said. "We were all hoping  we could continue to serve the mission for the community of providing entertainment for people."

"Since we can't have people here in our space, we decided we were going to bring the performances to them."

RELATED: Michigan marriage proposal is straight from 'a galaxy far, far away'

In June, Greene and his group decided to do something called, 'Driveway Cabaret,' which would involve actual theater performers traveling to homes and doing performances in front of small groups.

"We announced it on our Facebook page in early July and people started signing up," Greene said. "We started doing the cabarets right away."

The Civic Theater charges $250 per performance, and additional donations above and beyond that are welcome. Before each performance, members of the theater management group go to the home to make sure social distancing can be respected.

"We require a 10 x 10 space for the performance," Greene said. "And then we require at least 10 feet between the front of that space and the performers."

Since mid-July, every Wednesday and Thursday evening, a handful of theater performers would literally house-hop for 2-3 hours, performing.

They start around 6:30 p.m. Each performer sings two songs. Once they're done, they leave and drive to the next house and do it all over again.

"It's been really, really fun," said Ellie Brower, 13, who was the lead actress in Matilda the Musical. "It's been a while since we've done any theater so it's great to get back at it."

Brower thinks because Driveway Cabaret is such a success, the Civic Theater should consider continuing to do it even after things get back to normal and people can attend the theater.

"Some people don't have the option to go to the theater," Brower said. "This is a great way for them to experience it."

Driveway Cabaret doesn't just perform at home in Grand Rapids. They've traveled as far northwest as Whitehall, ventured into Muskegon, Spring Lake and Holland, have gone as far east as Lowell, and as far south as Caledonia.

The performances on the evening of August 13 were especially rewarding. that was the evening Driveway Cabaret hit a milestone.

"That was our 200th performance," said Greene.

Greene says he hopes to keep Driveway Cabaret going through September, but that will depend on demand.

"We have a waitlist pinned to our Facebook page," said Greene. "We're asking that people go there and fill out a form to get on the waitlist." 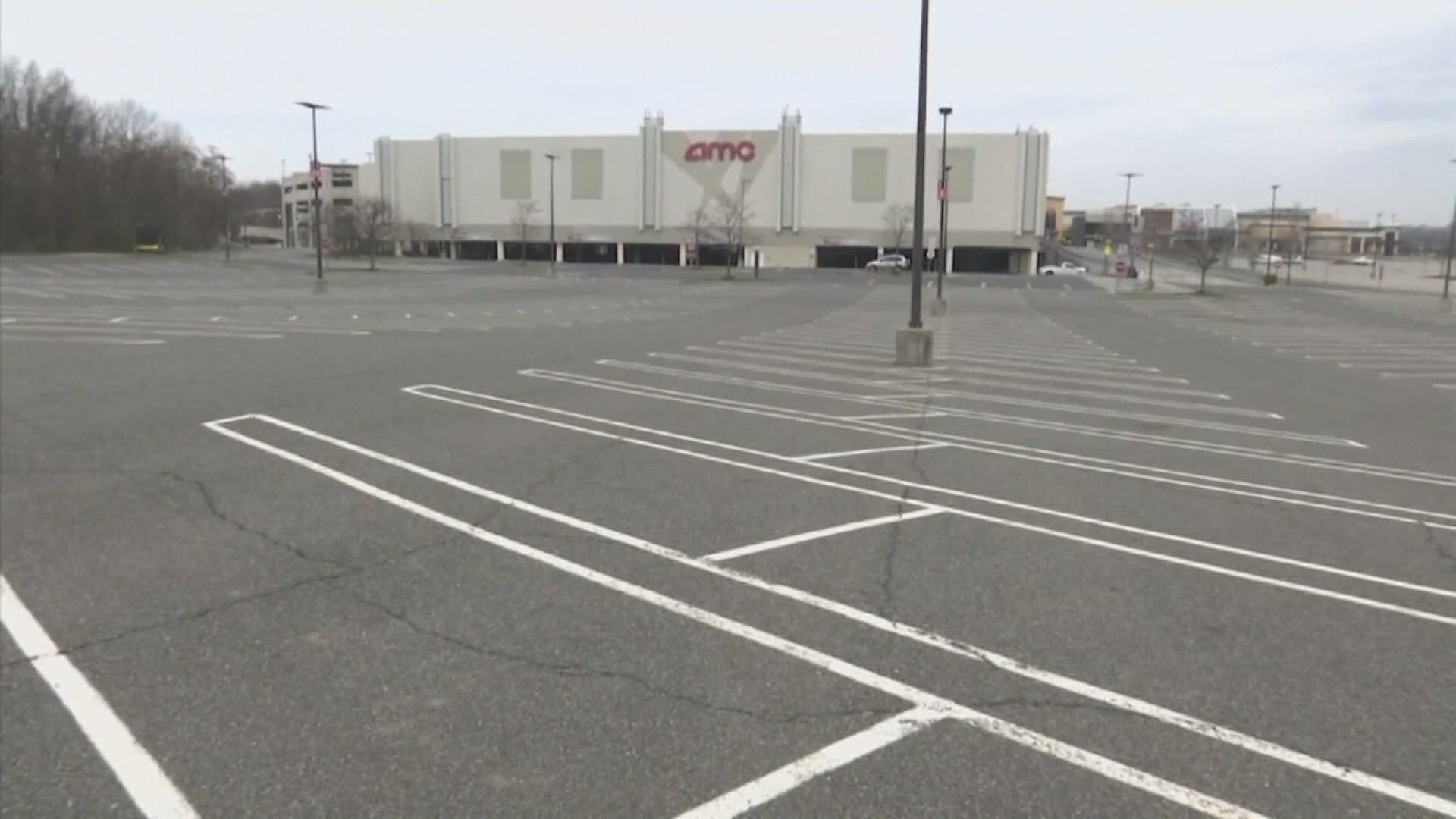