'I NEVER GAVE UP': Partial quadriplegic builds dream home by himself

Bobby DeCair shouldn't be walking. But he is, thanks to Mary Free Bed Hospital and his determination to do it, which has allowed him to build a house. 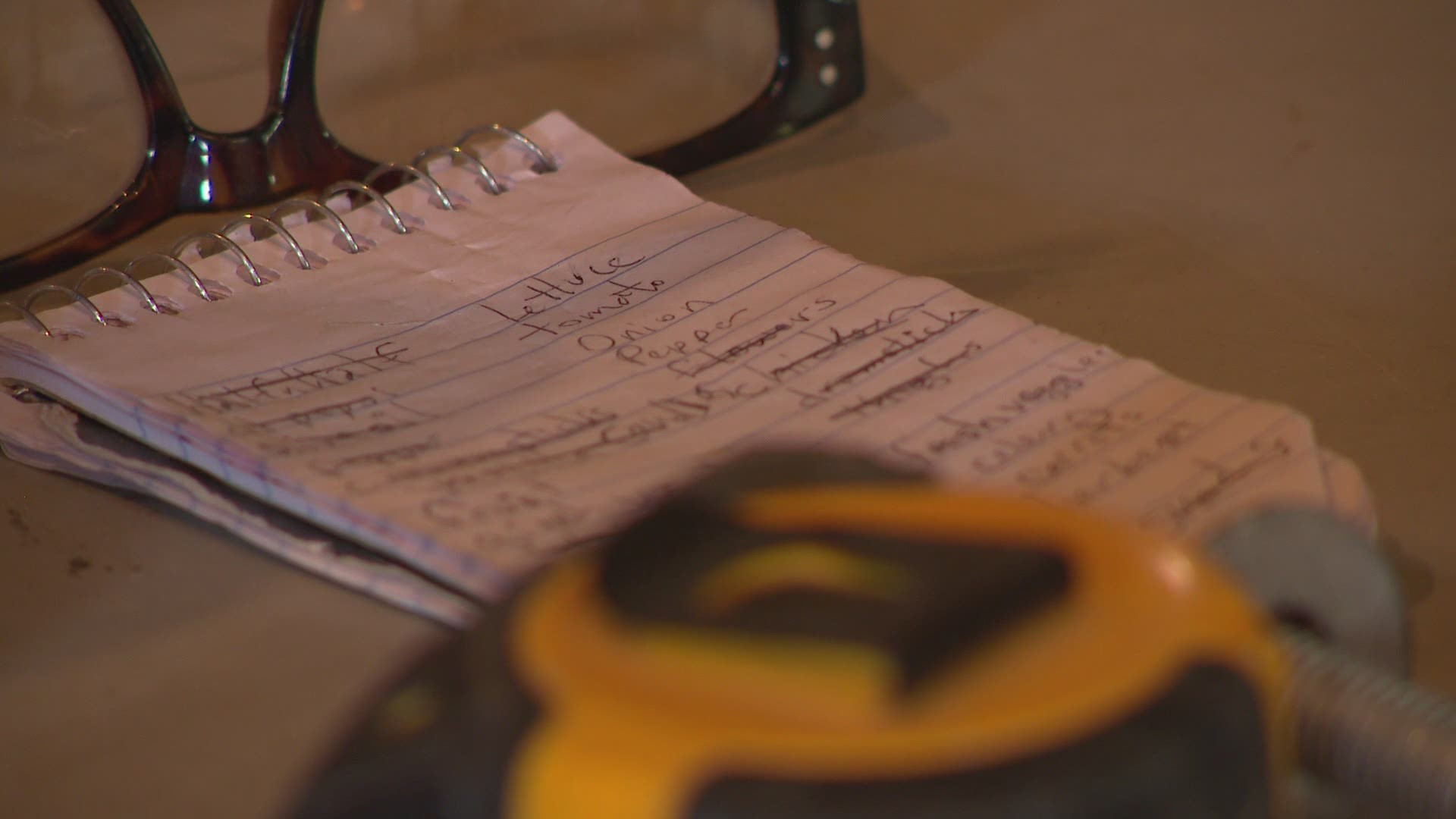 WHITEHALL, Mich. — Rehabilitation of any kind is never easy. It takes a lot of work, and not knowing if all that work will pay off can be very stressful and frustrating.

A West Michigan man, who became a partial quadriplegic after a serious car accident, defied his doctor's expectations during rehab, motivated daily by the love of his life, and his love for an unfinished home project he was determined to get done - even if he had to crawl to do it.

Bobby DeCair and his wife Wendy decided they wanted to build their dream home. They wanted to construct it near Whitehall, Mich., where they've both spent living more than half of their lives.

"We bought the Pinewood Motel," said Bobby, 61. "I had a whole lot of ideas of what to do with it and couldn't wait to start renovating."

The Pinewood Motel was a fixture along Whitehall Rd. in northern Muskegon County since it was built in 1947.

Bobby and Wendy took ownership in May 2015, with Bobby starting renovations on it a month later.

"We named it the Posh Motel; no vacancy ever," Bobby said. "One day, Wendy and I were sitting out back and we saw a hole in one of the old screen doors. I threw a beer can through the hole and she looked at me and said, 'Well, that was posh.'"

"I'm the third owner and the last," Bobby said emphatically. "If my wife outlives me, everything goes to Mary Free Bed Hospital [in Grand Rapids, Mich.]; If she dies before me, I'm going to level this place and plant wild flowers because she loves flowers."

When asked why he wants to donate his entire estate to Mary Free Bed, Bobby said, "For what they did for me; I'm walking because of them."

In January of 2016, Bobby was driving his white pickup truck east on I-96 from Muskegon to Grand Rapids. He recalls that it was snowing quite hard and there were some slick spots on the highway.

As he approached the Walker Exit, he felt the back end of his truck start to swing sideways.

"I remember every bit of it," Bobby said. "I remember breaking my neck."

Bobby had hit a patch of black ice. His truck flipped four times before it finally came to rest.

"I hit so hard, the tire ripped off and it was never found," Bobby added. "Luckily, the third car behind me was a nurse."

Bobby was taken by ambulance to a Grand Rapids hospital where his condition worsened.

Bobby underwent surgery to put his neck back together.

Credit: 13 ON YOUR SIDE
Bobby DeCair needed surgery to fix his broken neck. He had 8 screws and several plates implanted which led to him being able to walk again.

"When they say, 'Is your head screwed on,' mine really is," Bobby said. "I've got 8 screws and several plates in both the front and back of my neck."

Soon after the surgery, Bobby said he couldn't move anything from his chest down. His surgical team didn't tell him he'd walk again, but they suggested he start doing rehabilitation and therapy as soon as possible.

Bobby was admitted to Mary Free Bed Rehabilitation Hospital, where his long road back began.

"I had to start all over on everything," he said. "Not just re-learning how to walk, but all the little things, too, like holding a toothbrush."

Through the pain and uncertainty, Bobby persevered, with the constant thought going through his mind of being able to walk out of the hospital, on his own, the day he goes home.

"I used to sit in my wheelchair in the lobby and watch people walk out and I'd think, 'That's going to be me,'" said Bobby.

Bobby would go above and beyond his daily rehabilitation requirements. Every day when therapy ended, he'd get back into his wheelchair and continue trying to push with the leg that wasn't working.

"One day, a finger started to move," Bobby said. "That was a good feeling."

Soon after that, a nurse touched his foot, and he moved his toes.

Eight weeks after arriving at Mary Free Bed, Bobby, with the use of a walker, exited the hospital on his own free will. When he got back to his Posh Motel, all he could think about was to finish building his dream home, despite the fact that he was crippled.

"I just dealt with the pain," Bobby said, referring to starting daily work on the house. "Early on, I was only able to work for an hour and then I was done for two days."

But he kept at it, knowing the project was now a marathon, not a sprint.

"On most days, my body collapses," said Bobby. "My legs stop working, so, I just drag myself [to get the work done]."

2021 marks five years post-accident. Bobby says he's finally nearing completion of the house. This coming summer, he wants to add a big waterfall to his front yard, along with several other creative landscaping ideas.

Bobby DeCair is the perfect example of when accidents happen, don't despair; dig deep within and find what you do best and leverage it.

In Bobby's case, that's to build. 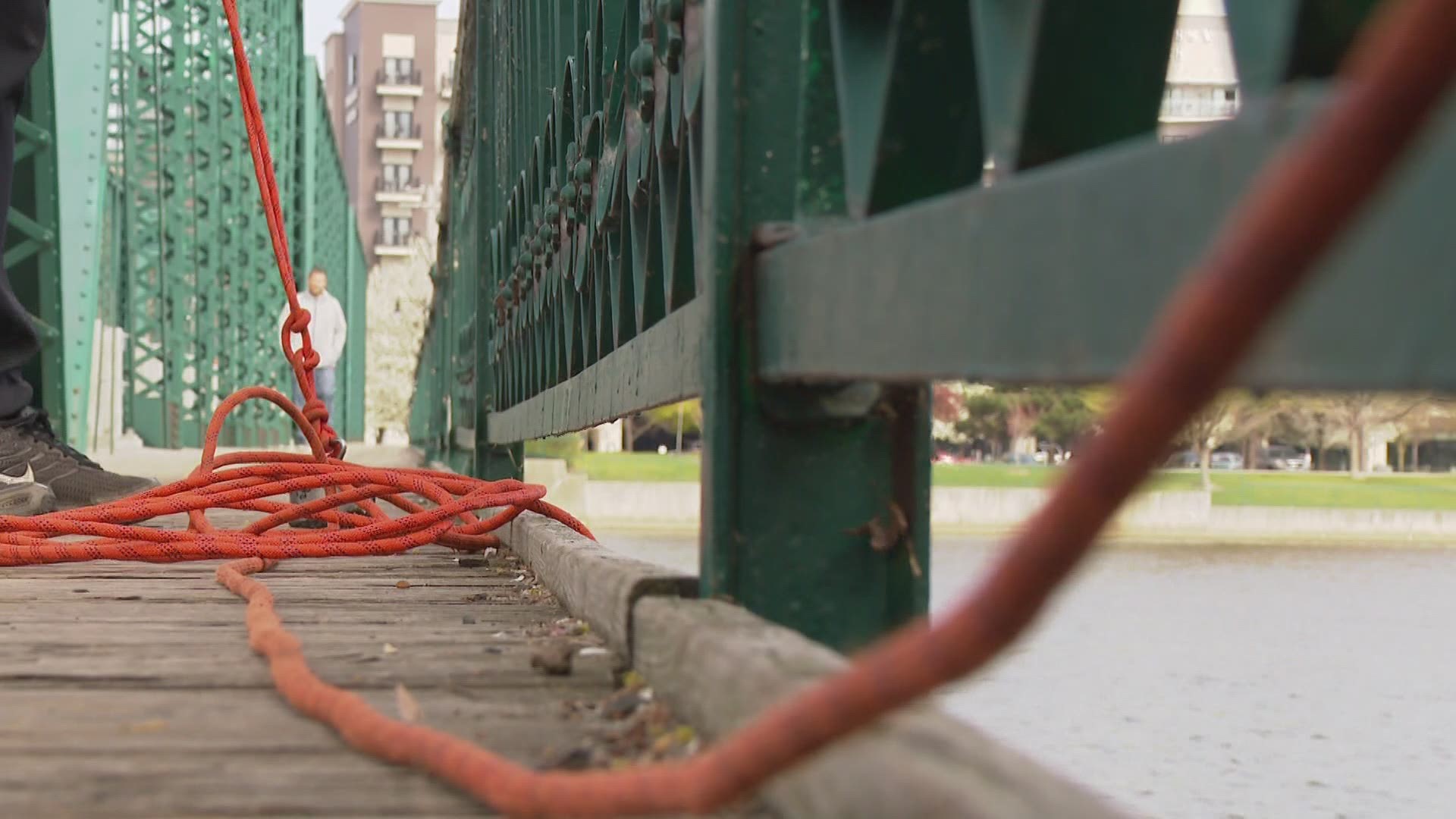