"There's a lot of physical and emotional learning that happens when we allow a child to design their play." - Miska Rynsburger 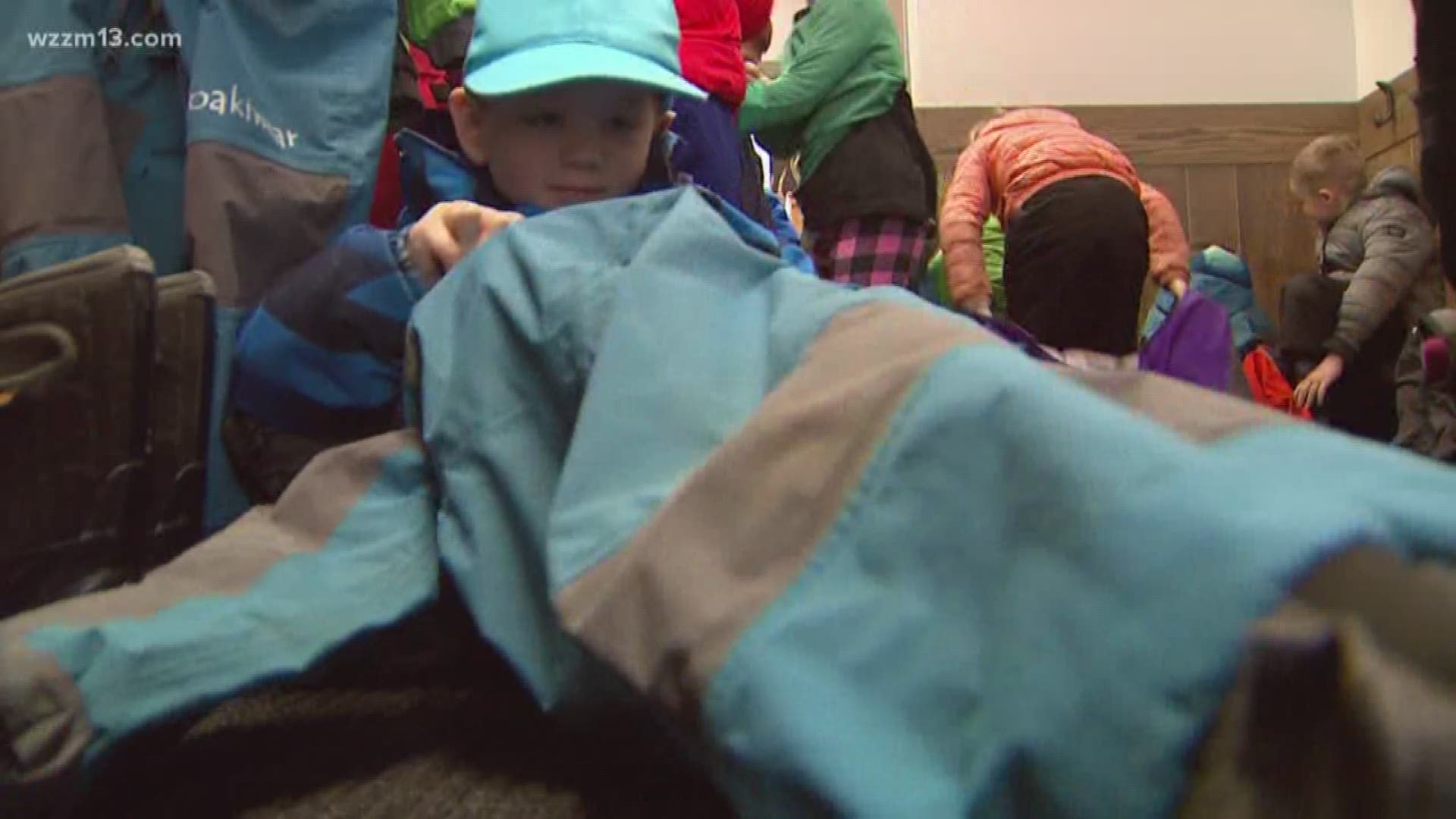 HOLLAND, Michigan — The Holland Christian School system is all in on being out.

They made that abundantly clear last fall when they became the first school system in the state of Michigan to launch Forest Kindergarten - a cutting edge educational practice driven by nearly 100% nature immersion for the students.

So, what's it been like for the teachers an students this winter, spending 5 to 6 hours each day out in the snow and frigid temperatures?

The children spend the first hour to hour and a half of each day in a traditional setting, where they learn to sound out words, write and do math. Once that hour is done, the class moves outside and into the woods where, for the remainder of the day, they are learning meaningful life skills while continuously being at play - even during the cold winter months.

"These kids are always dressed appropriately," added Rynsburger. "If I hear any complaints, it's often that they're too hot."

That's what happens when you're constantly on the move, and these Forest Kindergartners certainly are. While some climb on tipped over tree trunks, others use sticks to break ice on a nearby stream. There's also an ice slide on the hill the kids use over and over again.

And that's just naming a few of the activities these kids do each day.

"They're just growing so much emotionally and socially," said Ron Harig, who began teaching the Forest Kindergarten class in August 2018. "They are just playing all the time, and that's what kids need to do at this age."

After six months, both Rynsburger and Harig believe that Forest Kindergarten is working because the kids are responding academically.

"All of the learners are hitting their benchmarks," said Rynsburger. "We've even seen some growth in behavioral health and emotional health in some of the students."

"Every child here knows their letters and letter sounds," added Harig. "Every child is reading at B-Level or above, which is significant."

Harig is currently teaching the kids first grade-level math, and they're responding and getting it.

"We're exceedingly happy with how well these kids are doing academically," said Harig. "It's way beyond what I thought could happen."

Rynsburger says the success of Holland Christian's Forest Kindergarten has piqued the interest of area colleges and educators.

"Hope College is interested in coming with their science and education departments to get a good understanding of what we're doing and how we're doing it," added Rynsburger. "We want to know if the growth were seeing is beyond anecdotal.

"Why is it that we have 18 kindergartners who possess first grade math skills and are beyond what we might traditionally have students at 5 and 6-years old engaging in, and could it be attributed to their learning environment?"

When winter breaks and spring comes, Harig says these Forest Kindergartners will be making maple syrup from some of the maple trees in the woods, planning a garden and doing a bunch of bird identification.

"I really think that [Forest Kindergarten] is for every child," said Harig. "Every American school should consider it."

If you know of a story that would make for a good "Our Michigan Life" feature, send a detailed email to 13 In Your Side's Brent Ashcroft: life@13OnYourSide.com.