'IT'S A WONDERFUL GESTURE' | Thanks to Sparta women, his karaoke streak continues

"I was watching the 11 o'clock news and I saw that he needed a place for Thanksgiving to sing karaoke." 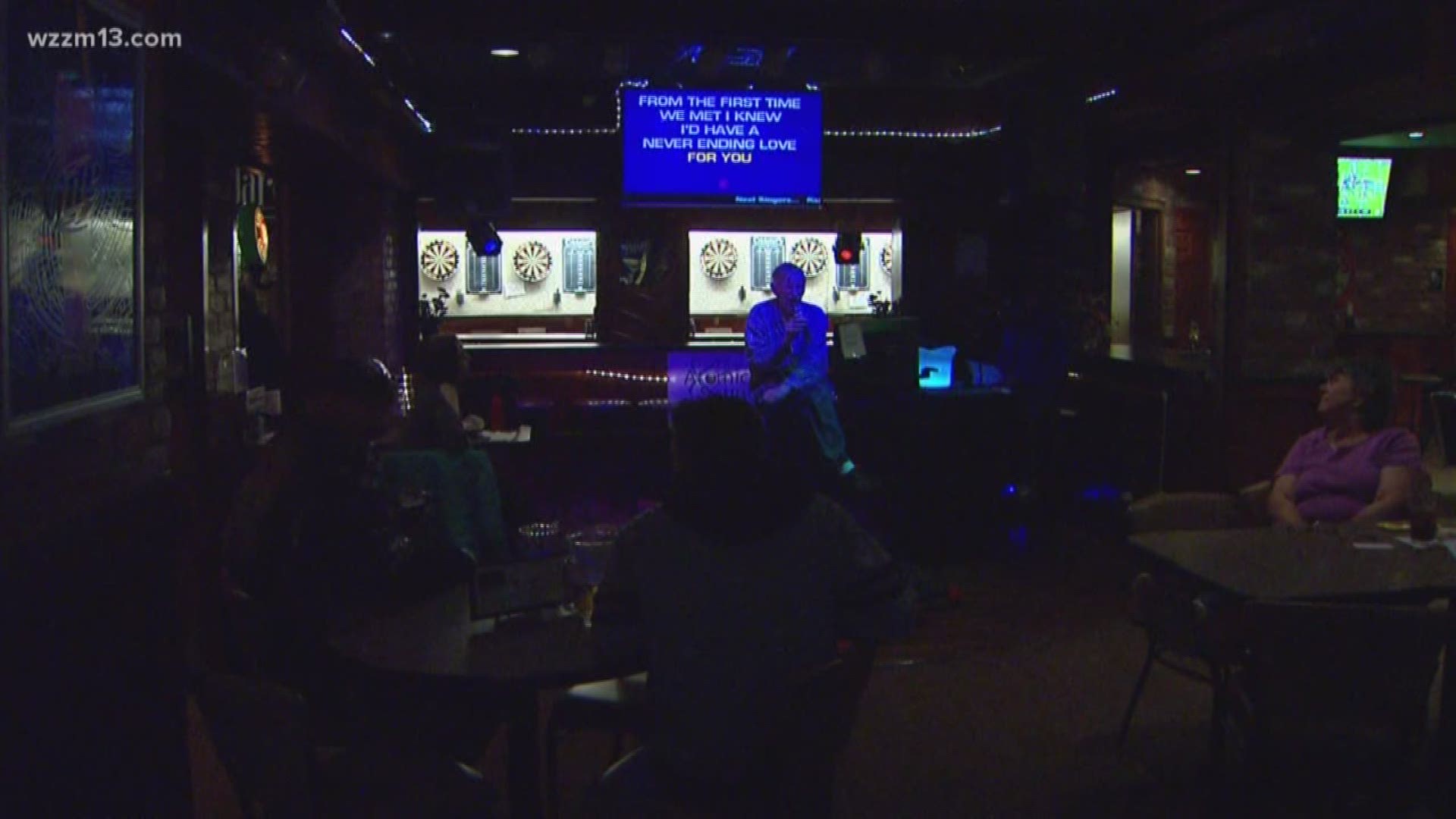 SPARTA, Mich. - On Wednesday, 13 ON YOUR SIDE introduced you to Tim Beam—a Michigan man who has put together an unprecedented Kamikaze Karaoke streak.

For that streak to not be broken, Beam needed to find a place that was hosting karaoke on Thanksgiving Day, and somebody came forward to make that happen.

After Beam's story aired on 13 ON YOUR SIDE, we put out a plea to viewers to help find him karaoke on Thanksgiving. Several emails and Facebook messages came in with suggestions.

The first feedback we got was from Stephanie Bowden from Sparta, Mich.

"I was watching the 11 o'clock news the other night and I saw that he needed a place for Thanksgiving to sing karaoke," said Bowden. "I thought I had the perfect place."

For the past six years, Bowden and her friends and relatives, have been able to gain access to the Sparta Civic Center for their annual Thanksgiving gathering. It didn't take long for her to consider inviting Tim.

"I sent an email to the station inviting Tim to come to Sparta," said Bowden.

13 ON YOUR SIDE then put Bowden in touch with Beam and he accepted the invitation.

"I'm very excited and we will be going to Sparta," said Beam. "This will be a new experience."

Beam was diagnosed with stage four lung cancer in late 2017. He began chemotherapy treatment in January of this year.

In April, he felt well enough to start unique streak, singing karaoke at random bars and establishments near his home in Lansing, Mich. every night.

He hasn't missed a day or night since, but he's known for a while that the upcoming holidays could be where his streak ends, until Bowden reached out, insuring his streak would remain in tact.

"It's a wonderful gesture," said Beam. "I'm excited about joining Stephanie and her family next week."

Per a suggestion from a friend, Bowden contacted Absolute Entertainment in Whitehall, Mich. She forwarded the story 13 ON YOUR SIDE did about Beam's streak and a DJ jumped at the chance to give up a portion of their holiday to contribute to this cause.

"I thought about finding a karaoke machine but [Tim] seems like a pretty professional karaoke singer." said Bowden. "So, I thought I'd better look up a DJ."

With Thanksgiving no longer a concern for Beam, he's now shifting his concern to Christmas Eve and Christmas Day as the next days that could end his streak.

"I'm praying to God to let me reach that number," said Beam. "I think he's going to give me some overtime."

If you know of a story that should be featured on "Our Michigan Life", send a detailed email to: life@13OnYourSide.com. We will be sure to follow-up with you.