'IT'S HUGE': ArtPrize entry is largest photo ever of Grand Rapids' skyline

On July 7, 2018, photographer Dave Thompson decided to take a panoramic picture of his hometown. Three years later, it's 60-feet long and entered in ArtPrize. 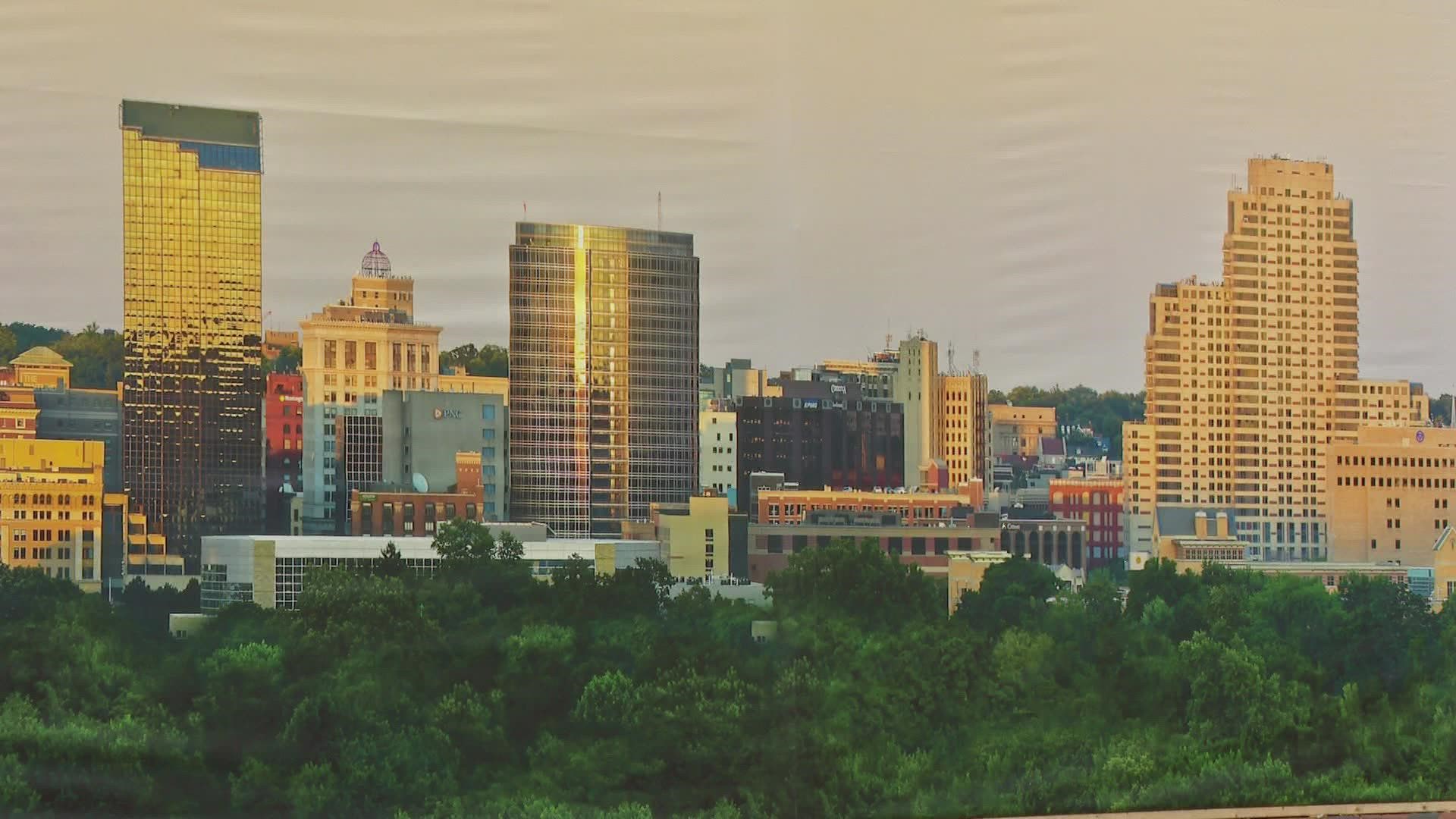 GRAND RAPIDS, Mich. — Downtown Grand Rapids is picturesque all day, every day, but from the right spot and at the right time of the day, the image one can take can be breathtaking.

A photographer, born and raised in Grand Rapids, recently captured an image of his hometown that's not only believed to be the largest high-resolution photograph of the city skyline ever created, it's also becoming a popular ArtPrize 2021 entry.

"I've been dabbling in photography all my life," said Dave Thompson, 54, and owner of Thompson Photograph, based in Ada. "I was a photographer for my high school yearbook at Forest Hills Central, which led to a role photographing campus life for the Michigan State University annual."

Thompson says the Grand Rapids skyline has always inspired him.

"I remember as a kid riding my bike all over town trying to find the best vantage point to photograph it with an old Argus C3 Rangefinder 35mm camera handed down from my grandfather," Thompson said.

After MSU, Thompson's career in marketing and public relations took him out of Michigan for more than three decades, until he made a deliberate decision to return home to care for his parents.

That's when he had another deliberate decision, which was launching a new photography practice from his Ada home.

On July 7, 2018, Thompson captured the massive image that's on display at ArtPrize as he waited for the Independence Day fireworks.

"There's a special spot on Grand Rapids' west side where there's a perfect view of the skyline," Thompson said. "Before I took the panoramic image, I wanted to wait until the trees to be in the shadow and I wanted the sun to be setting so it shined against the buildings."

Once all the elements he was waiting for all lined up, Thompson says he began taking 79 separate frames over the course of 5 minutes.

Credit: 13 ON YOUR SIDE
Dave Thompson's "Grand Rapids Skyline Mega-Pan" ArtPrize entry can be experienced in front of the main entrance to Van Andel Arena.

"It took me 18 months and over 450 hours photoshopping it to get it where I needed it to be."

The massive image of the city is 60-feet long and 12-feet high. It was shot with a full frame Nikon D850 professional DSLR camera, 500mm Nikon lens and TC14E teleconverter, for a total effective reach of 700mm.

"I feel as though I got the best possible ArtPrize placement in the whole city," Thompson added. "It's been a constant stream of people [passing by to check it out]."

Credit: 13 ON YOUR SIDE
Dave Thompson is currently taking reservations to purchase a reproduction of the “Grand Rapids Skyline Mega-Pan.” Go to: thompsonphotos.com

If you're interested in purchasing a reproduction of Dave Thompson's “Grand Rapids Skyline Mega-Pan," he's now taking orders for a 72-inch x 18-inch version of this very unique image. These limited edition signed and numbered prints will be transferred on canvas and stretched on a wood frame.