Terry Peck has been immersed in family history ever since she found out that an old travel journal found at the Plainwell Home Depot was part of her family lineage. 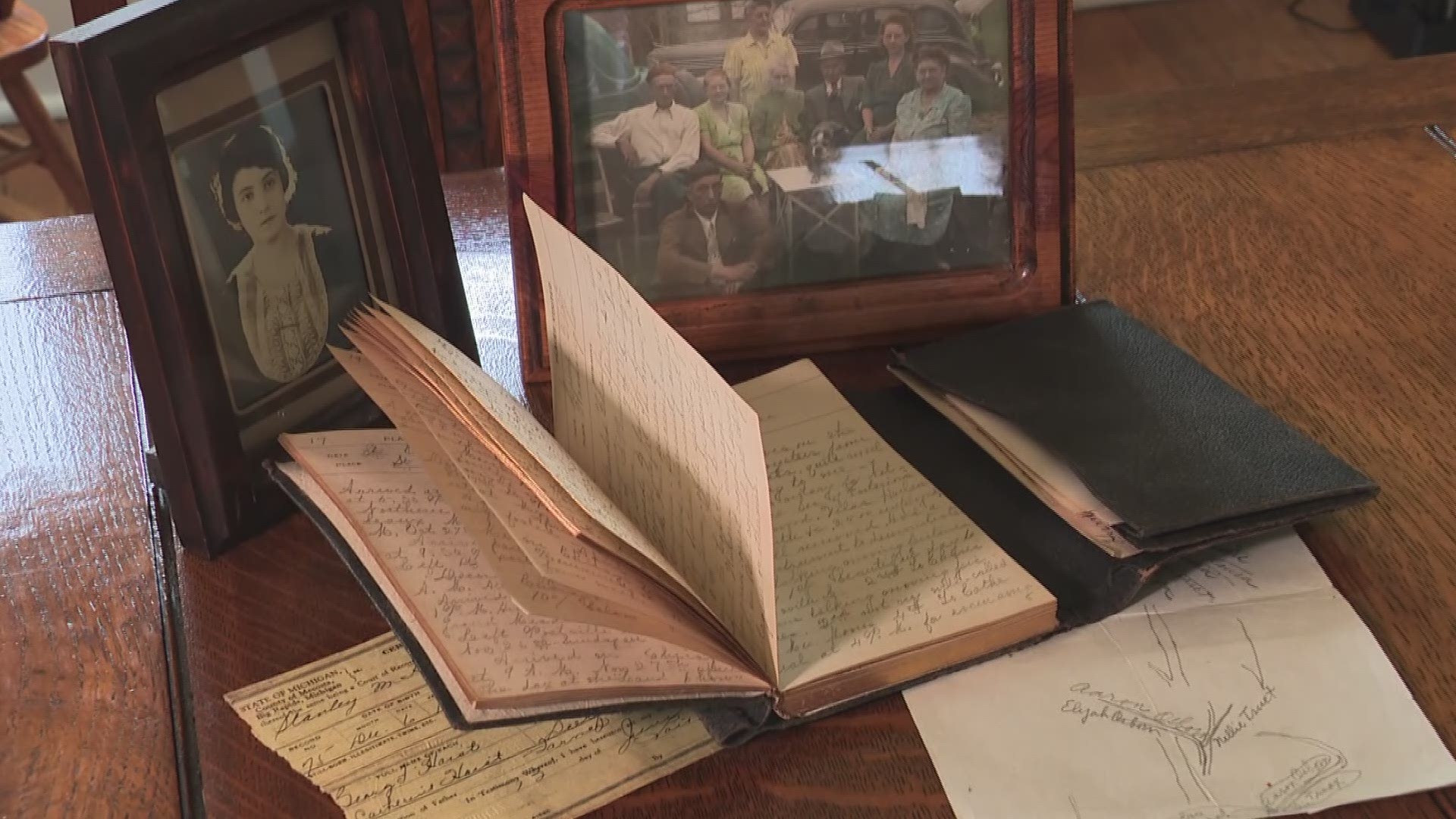 GALESBURG, Mich. — In the supernatural horror film 'Pet Sematary,' which is an adaptation of Stephen King's 1983 novel of the same name, King penned the memorable line which said, "What you own always comes home to you."

The 1908 travel journal that was found laying in the parking lot of the Home Depot store in Plainwell, Mich. is making its way back home, after a Chicago genealogist was able to link it to a woman living in Galesburg.

Tuesday, Dec. 15, was playing out like every other December day for Terry Peck. She and her husband were preparing for a Christmas family gathering at their house.

"Fort Custer National Cemetery called and said a genealogist had contacted them about a journal that was found at Home Depot," said Peck. "Fort Custer is where my mother is buried."

Later that same day, Peck received a call from genealogist Joanna Bressler Fishman, who proceeded to explain to Peck what was going on.

"Joanna told me she'd seen a story online about an old journal that was found at the Home Depot in Plainwell," said Peck. "She then said there was a shot in the story showing a hand-written family tree and that she was able to write down the names, do what she does, and directly connected them to me."

Peck then called the Home Depot store, told them who she was, and said she'd be coming by to get the journal. Once she brought it home, her quest to figure out who wrote it, and hopefully reconnect it with who lost it, began.

Credit: 13 ON YOUR SIDE
Terry Peck was able to recognize a couple names on the hand-written family tree, including the name Catherine Osborn, who is her great grandmother.

Credit: 13 ON YOUR SIDE
Terry Peck says she will continue to communicate with Chicago genealogist Joanna Bressler Fishman, with the hopes of discovering who wrote the journal.

Credit: 13 ON YOUR SIDE
The insert containing the hand-written family tree is loaded with many names, including Catherine Osborn who is Terry Peck's great grandmother.

While gently thumbing through the journal, Peck found the insert page with the family tree drawn on it. Near the top, she saw the name, Catherine Osborn.

Credit: 13 ON YOUR SIDE
One of the names on the family tree found inside the travel journal is Catherine Osborn. Terry Peck has an old family photo with Catherine in it.

"That's Catherine right there," Peck said while pointing to an elderly woman seated in the center of an old photo on the table. "Catherine and Frederick Osborn were my great grandparents."

Peck then says her grandfather, Stanley Haist, is seated to the far left in the photo.

"Whoever wrote this journal is related to my mother's side of my family," Peck said. "While we were growing up, I remember my mother telling us the story about her great grandparents playing with the Queen of England's kids.

"On the first page of [the journal], it talks about being at the parade for the King and Queen. Well, I thought, 'Maybe they did.'"

Peck doesn't have much information to go on beyond her personal family photos and the contents of the journal.

"My mother passed away in August," said Peck. "Oh, how I wish she were still here because she'd love this and could likely fill in a lot of gaps."

For now, the travel journal will remain in Peck's possession. She says Joanna Bressler Fishman — the Chicago genealogist — is continuing to work on solving the mystery of which of Peck's ancestors wrote it.

"Joanna continues to give me progress updates," said Peck. "Ultimately, I'd like to get it back to whoever lost it, but if not, I'll be glad to keep it." 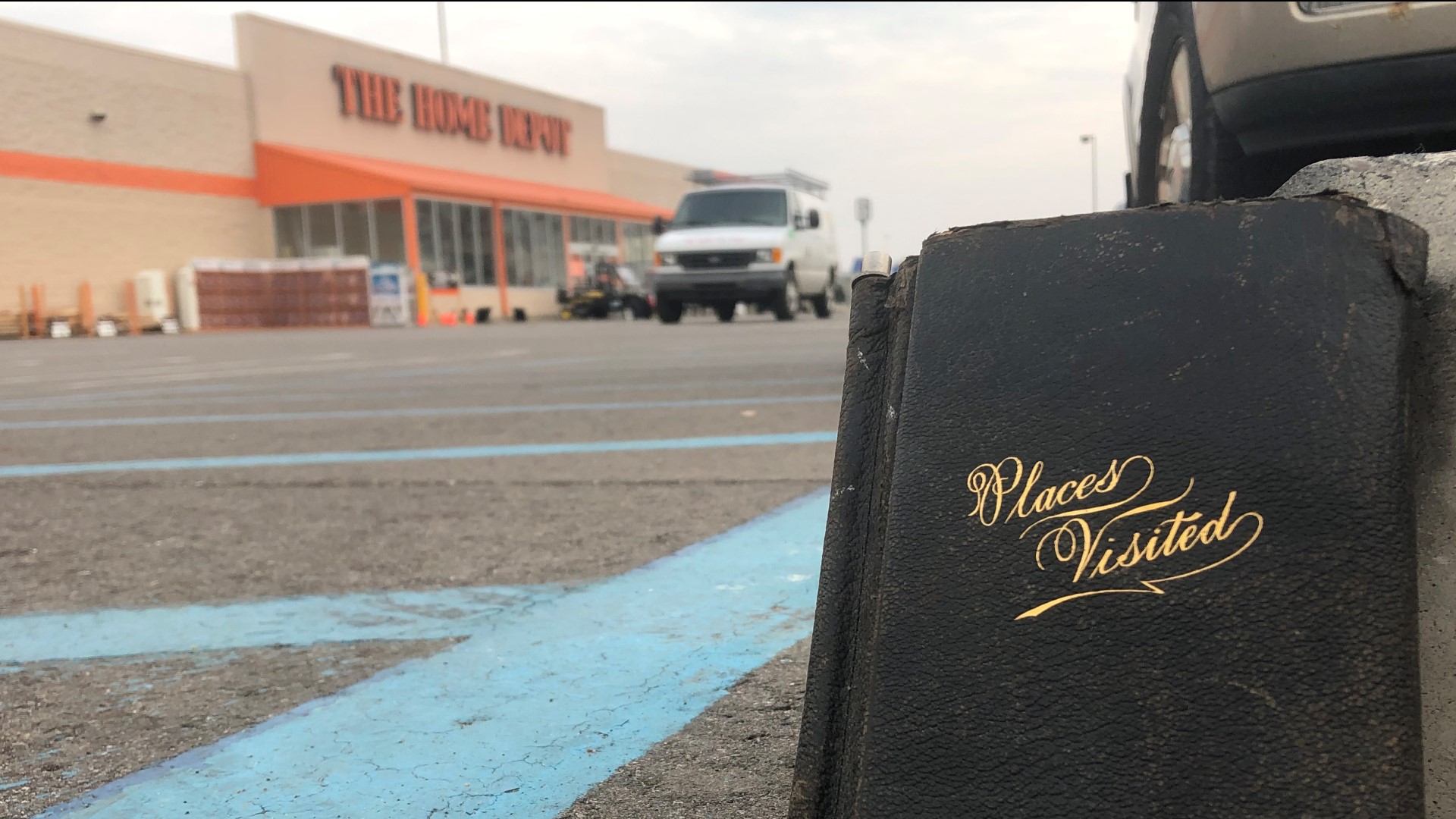