Edwin Hendrickson started hand-making violins 10 years ago. He had no idea how much of an impact his hobby would make on a school district a decade later. 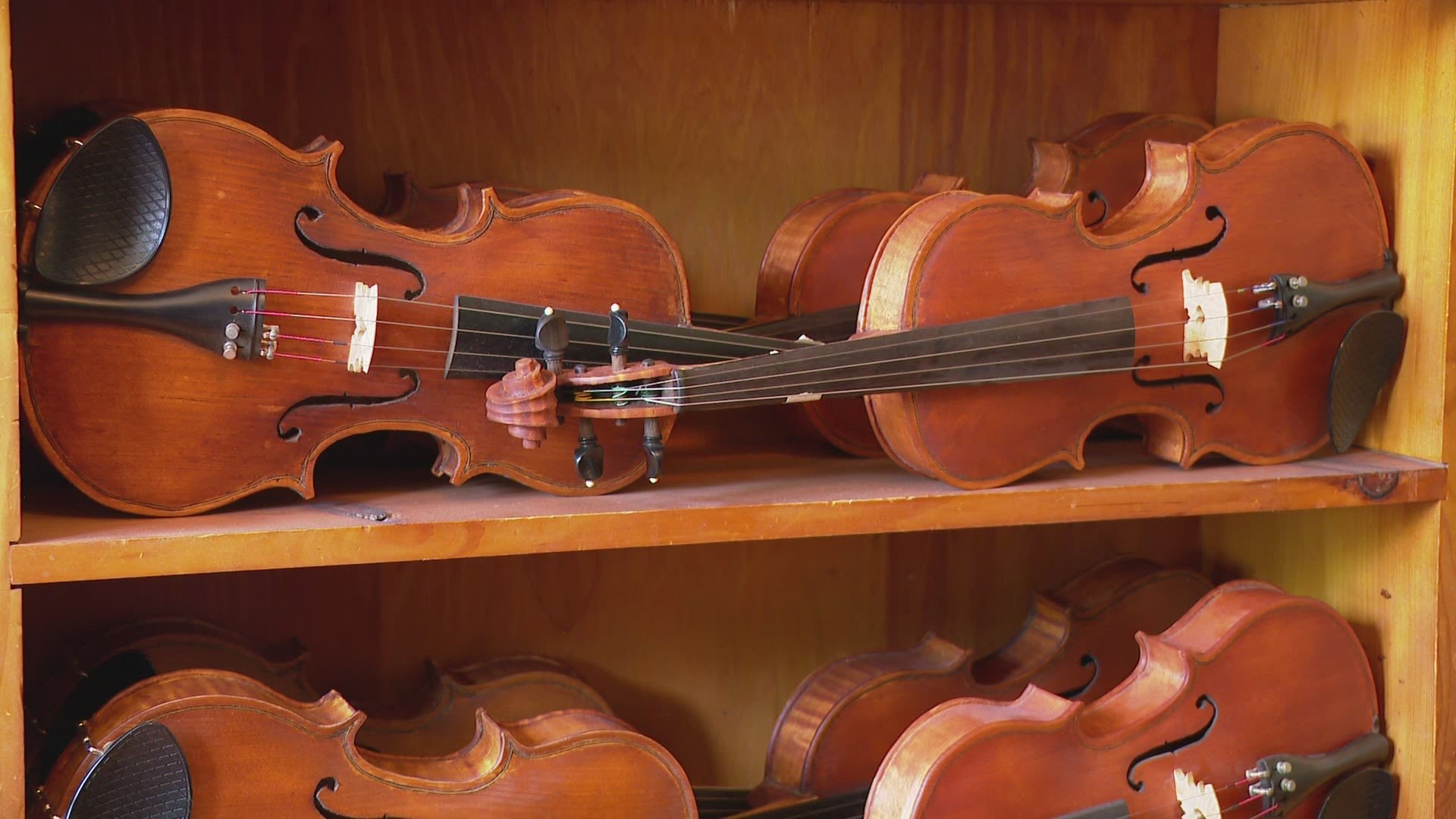 MUSKEGON, Mich. — It's amazing the impact a donation can make. The ripple effects from the selfless act of kindness and continue for generations.

A Muskegon man, who's spent the last decade hand-crafting 75 violins, has decided to donate all of them to a lakeshore school district that otherwise wouldn't be able to purchase and provide them exclusively to students.

Edwin Hendrickson has just about done it all in his 81 years of life. He's been a chemical engineer, a clock repair guy, a pilot and most recently, a violin maker.

"I always set out to make more and do better," said Edwin, from his small workshop on the second floor of his Lakeside home. "I'd like to think I've improved."

Edwin's adoration for violins was established when he was a child, he said.

"My grandfather gave me his violin and I took lessons on it," Edwin said. "I never became much of a violin player, but I just thought it was a beautiful instrument and the tone it creates attracted me something fierce."

So much so, that he decided to start making them.

"I can make about six violins a year," he said. "When I get devoted to something, I'm really devoted."

Each time Edwin finishes a violin, he sets it on his shelf, then starts working on the next one.

He's never sold any of his violins.

"I never thought I made one good enough to sell," Edwin said. "I think the problem with the craftsman or artist is they never think they've done it right."

"People are always looking for donations and I've given several of my violins away," Edwin said. "This particular donation I was all about."

Edwin is a member of the Muskegon Rotary. He met Claire Root-Benson at a recent Rotary meeting. Claire is the executive director of Poppen Programs, Inc., which helps Muskegon Public School students better develop their talents in the fine or performing arts.

"Claire told me about Muskegon Public Schools being short on violins for the students, they can't afford to buy them and the kids can't buy their own," Edwin said. "I decided I wanted to donate all 75 of my violins to the school."

On Wednesday, June 9, Claire, along with Muskegon Public Schools Orchestra Director Nick Voyt, paid a visit to Ed's home to collect the violins.

"We've never been in a position where students can take these instruments home because we're always sharing between 6th, 7th and 8th grade," said Nick. "I can now offer a violin to every student who wants one."

Nick says when he learned that 75 violins were being donated, he was taken aback.

"It really is like winning the lottery," Nick said. "For years to come, this donation will be extremely beneficial for those students.

"This has taken me from where I'm really just trying to scrape enough instruments together to make it through the school year, to where now I can provide a personal instrument for any violin student who wants it."

And Edwin gets to feel like his decade-long hobby was worth the effort.

"I'm delighted that this can go in that direction," Edwin said. "I feel better actually about what's going to happen with these [violins] than I would if I had a few bills of sale I could show you."

Ed's violins will be handed out to Muskegon Middle School students this coming fall. 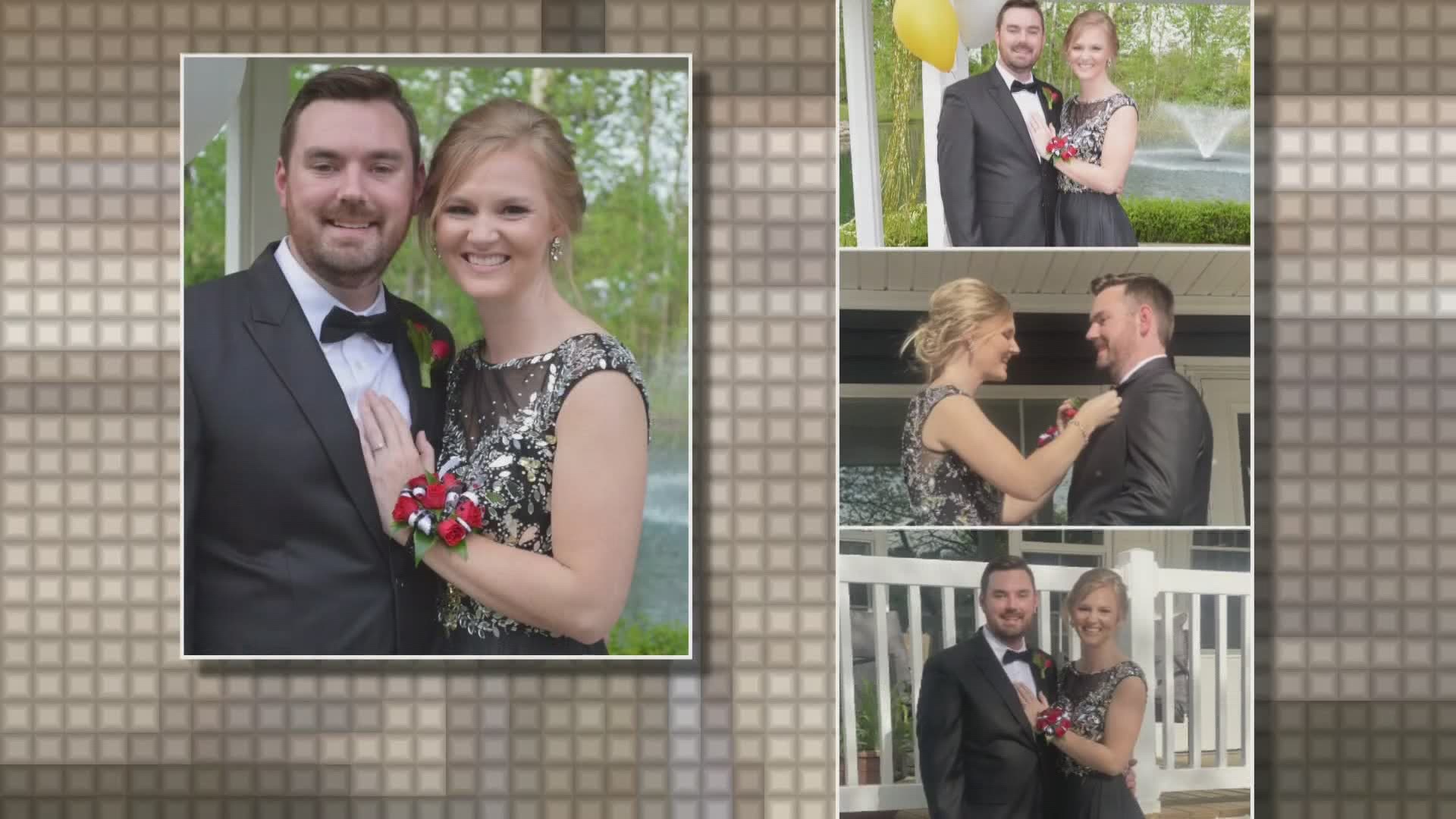