Joel Haugen was laid off during the COVID-19 shutdown. He wanted an ice cream truck, so he started a flurry of trades to get one, beginning with a paperclip. 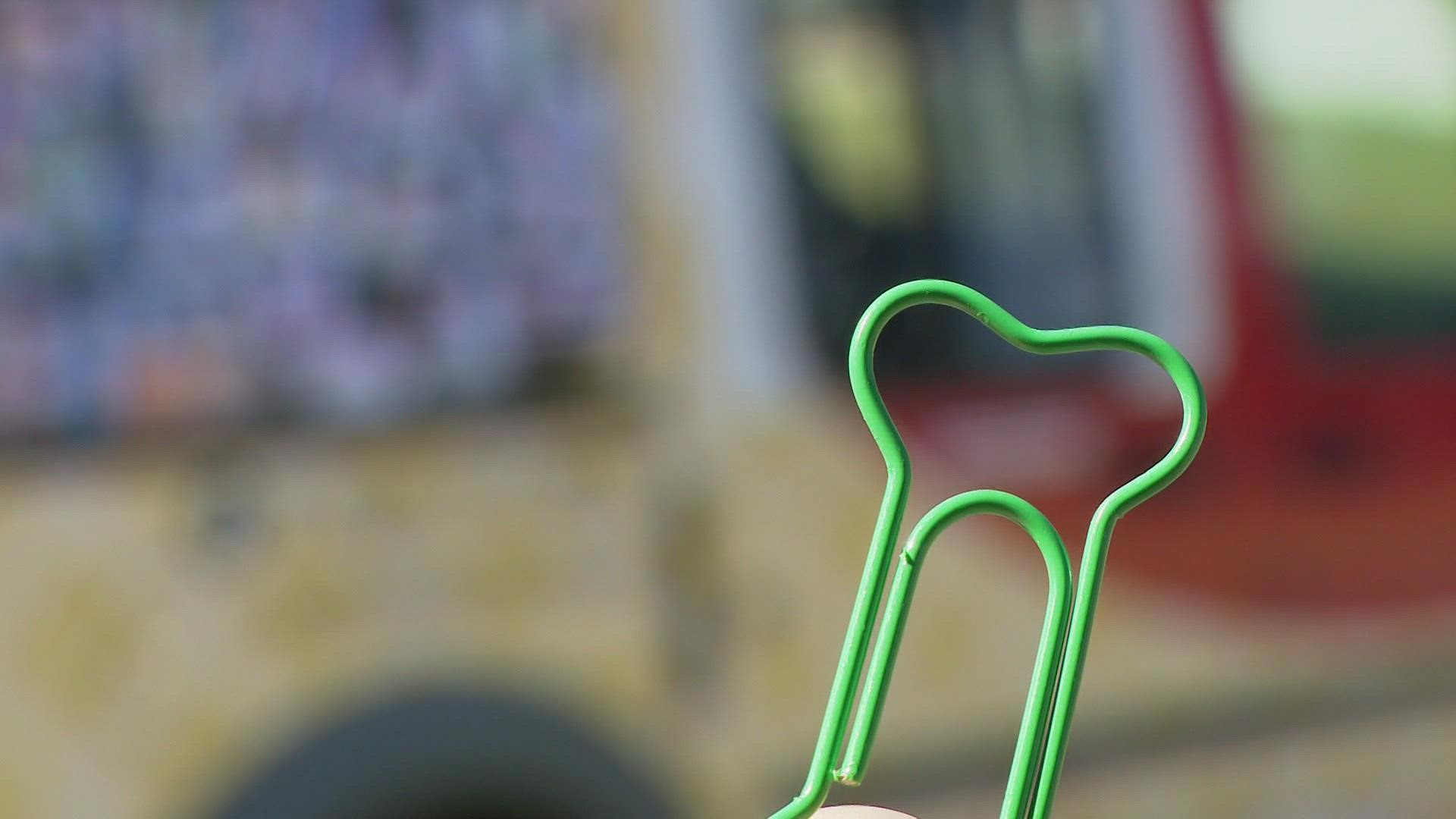 GRAND RAPIDS, Mich. — Name some memorable trades you've participated in or witnessed in your lifetime.

Back in the 1980s, there was no Spotify or iTunes, so many would trade mix tapes amongst each other. They were cassette recordings of their favorite songs pulled from the radio.

Sports trades happen frequently. One of the best trades the Detroit Tigers ever made was in 1983 when they dealt utility players John B. Wockenfuss and Glenn Wilson to the Philadelphia Phillies for first baseman Dave Bergman and relief pitcher Willie Hernandez.

The Tigers got the better of that swap because both Bergman and Hernandez helped them win the 1984 World Series.

A Grand Rapids man recently pulled off an impressive flurry of trades, starting with a simple paperclip, which ultimately became an ice cream truck.

In spring 2020, as the COVID-19 pandemic was shutting the state of Michigan down, Joel Haugen was laid off from his job.

His unplanned time off caused Joel to tap into his entrepreneurial spirit.

"I wanted to get an ice cream truck but didn't have any money to purchase one," Haugen said. "I decided to take a paperclip and see if I could start making trades with it hoping one day to end up at my goal."

He started with a post on Facebook Marketplace with a picture of the paper clip and some text saying, 'I have this paperclip; what will you give me for it?'

"It caused a snowball effect of social media interaction," Haugen said. "I received thousands of messages because everybody wants to be a part of something bigger than themselves."

While sifting through all the messages, Haugen saw one from a woman who wanted to trade him an antique brass safety pin for the paperclip.

"I made that trade and on the same day I was then able to trade the brass safety pin for a Nintendo Switch game, 'Super Smash Bros.,'" Haugen said. "The day after, I traded the game for a tile saw."

Trading momentum continued to build for Haugen, who's simple paperclip continued to morph into bigger and more expensive items.

It did, because Haugen then flipped the arcade machine for a 2000 Jeep Cherokee.

"Within five trades, the paperclip turned into a vehicle," joked Haugen.

He says he ultimately made a total of 16 trades, including eventual swaps for a quad-runner, pop-up camper, motorcycle and boat.

In a matter of one calendar year, Haugen did it, and he never spent a penny of his own money to get there.

"It's a conversation-starter," said Haugen. "People ask all the time where I came up with the name, and that allows me to share my story."

While most ice cream trucks close down their seasonal business on Labor Day, Haugen says that's when his business started, and he plans to spend evenings driving down side streets and into developments offering up his tasty treats until the snow flies.

"My mission was a success because the progression started with a paperclip," Haugen said. "Anybody can start a business just with entrepreneurial spirit."

If you'd like to learn more about Joel Haugen's crazy trades, or possibly book him to swing through your neighborhood or visit an event, click HERE and you'll be directed to his website.

Or, you can send him an email: paperclipsicecream@gmail.com