Son uses drone to record one of his bridge-loving dad's final runs, in a 41-year truck driving career that's covered over 3 million miles. 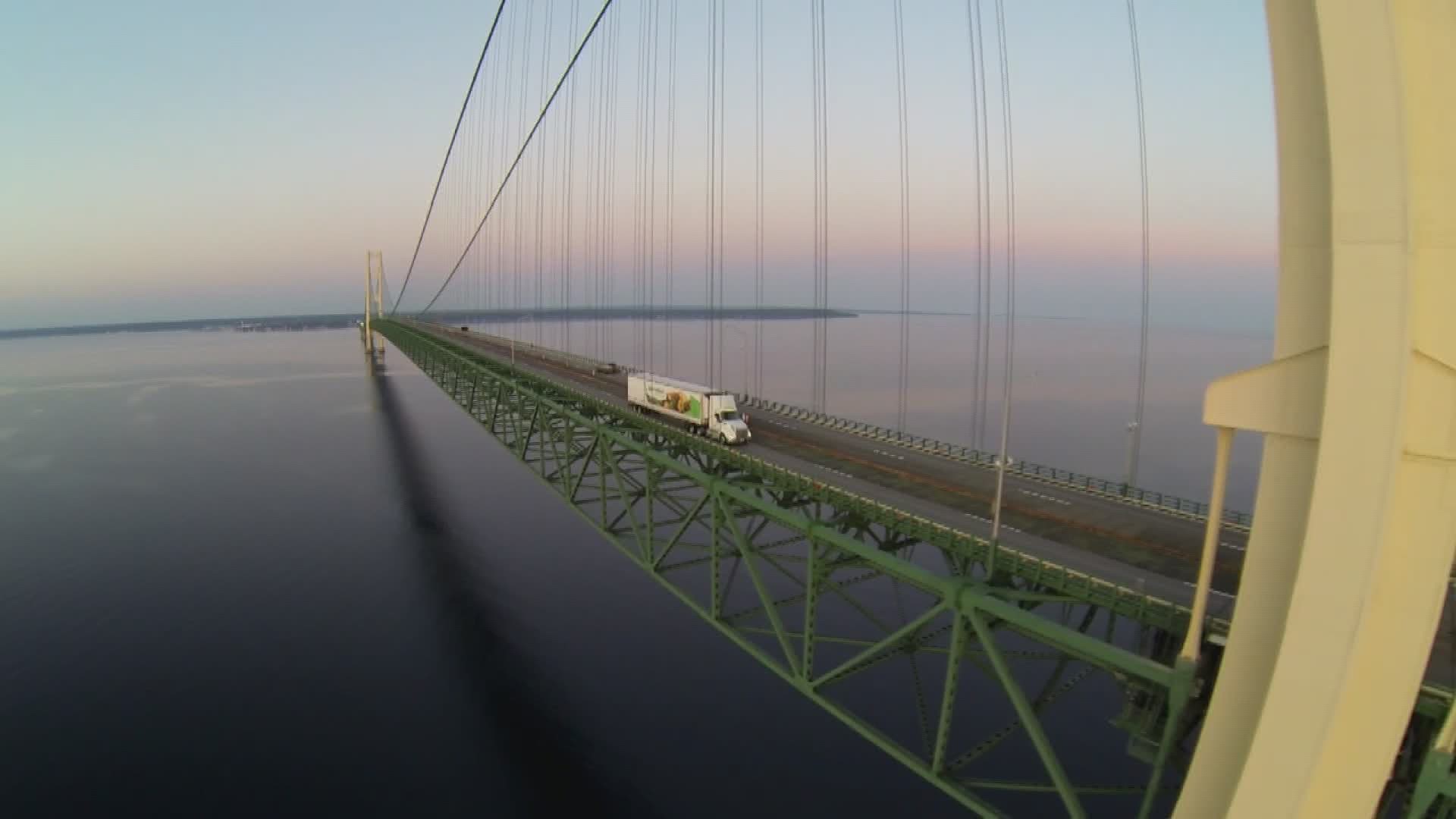 GRAND RAPIDS, Mich. — The best Father's Day gift often times is the one that's not only enjoyed on dad's big day, but on every day after that, too.

A West Michigan man recently did just that, using a drone, the Mackinac Bridge, his father behind the wheel of his semi truck and a huge assist from Mother Nature.

The result was Pure Michigan, and the perfect retirement present for dad.

Ivan Kuipers has been a truck driver for SpartanNash in Grand Rapids, Mi. since 1979. In his 41 years, he's driven over 3 million miles and made thousands of deliveries.

"I just stuck with it," said Ivan, 62, who plans to retire in September. "I have gotten to know Michigan well."

Ivan, who's father was also a truck driver, recently realized that his retirement is fast approaching and he wanted something memorable to look back on, so in early June, he approached his son, Eric, with a question.

"I said to him, 'How about filming me going across the Mackinac Bridge,'" said Ivan.

Eric, who is an adventurist and dabbles in photography on the side, said it didn't take him long to realize that he could honor his dad's request.

Eric owns a drone with a built-in camera, so that would serve as his eyes in the sky as dad drove across the bridge. Once he committed down the path, Eric realized there were many variables that had to all work positively together at the same time to pull this off.

"I first called the [Mackinac] Bridge Authority and they referred me to the Michigan State Police in St. Ignace," said Eric. "They got in touch with their drone operator to make sure it was okay.

"[The Michigan State Police] recommended I call the Coast Guard to make sure that they knew we would be below the bridge in a boat."

Eric also had to factor-in Mother Nature and his father's driving schedule.

"The forecast needed to be just right with no wind and calm water," said Eric, who has a Bachelor's Degree in Meteorology.

After getting all the necessary approvals, and checking the weather, Eric decided the morning to document dad's memorable drive was going to be June 19 - the Friday before Father's Day.

Eric, his mother and girlfriend hitched-up the family boat, and left for Mackinac City on June 18 and spent the night.

"We had to get up at 4 in the morning so we could get the boat in the water, get to the middle of the bridge so we could be in position to get the shot of dad crossing at 5," said Eric.

A little after 5 o'clock in the morning, Eric launched the drone, got it settled at a specific height and waited for Ivan's huge SpartanNash semi to come into sight.

Suddenly, he saw the white truck in his monitor.

Everything had come together exactly how Eric needed them to, including an unintended consequence - when Ivan started over the bridge, it looked like traffic had stopped and the whole bridge belonged to him.

"I looked in my mirrors and there was nobody behind me all the way to the middle of the bridge," said Ivan. "The coolest thing was when I was going northbound on the bridge, I could see the drone right alongside me."

Eric was able to keep the drone steady and capture dad's entire trip across.

"As soon as I saw the monitor of what the drone was seeing, I thought this is exactly what I came for," added Eric.

When the family was able to all gather again, they checked out the footage. Ivan was more than happy with what ended being one of the best Father's Day presents he's ever gotten.

Credit: WZZM
Ivan Kuipers (left) is retiring after 41 years as a truck driver. He asked his son, Eric to get drone video of him driving across the Mackinac Bridge.

"Driving across that bridge is a trucker's dream," said Ivan.

For a man who's driven over 3 million miles in his career, it'll be these 5 miles on a random June Friday morning, he'll remember the most.

"I wanted something to remember what I'd done for so long, and I will treasure this forever." 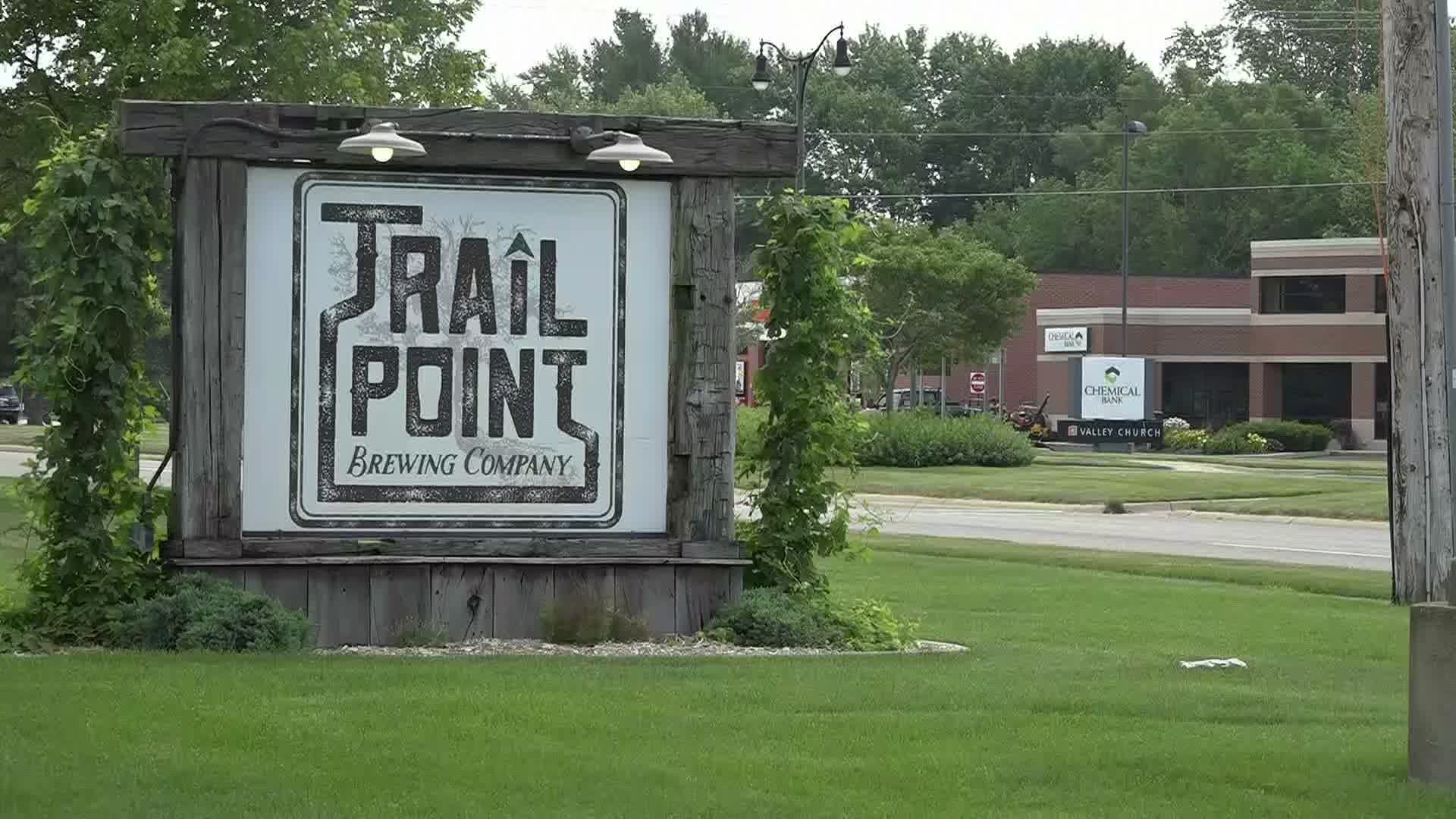