Liam Doyle was born with Down Syndrome, but the challenge hasn't stopped him from pursuing his passion. The 17 year old travels as an 'Elvis Tribute Artist.' 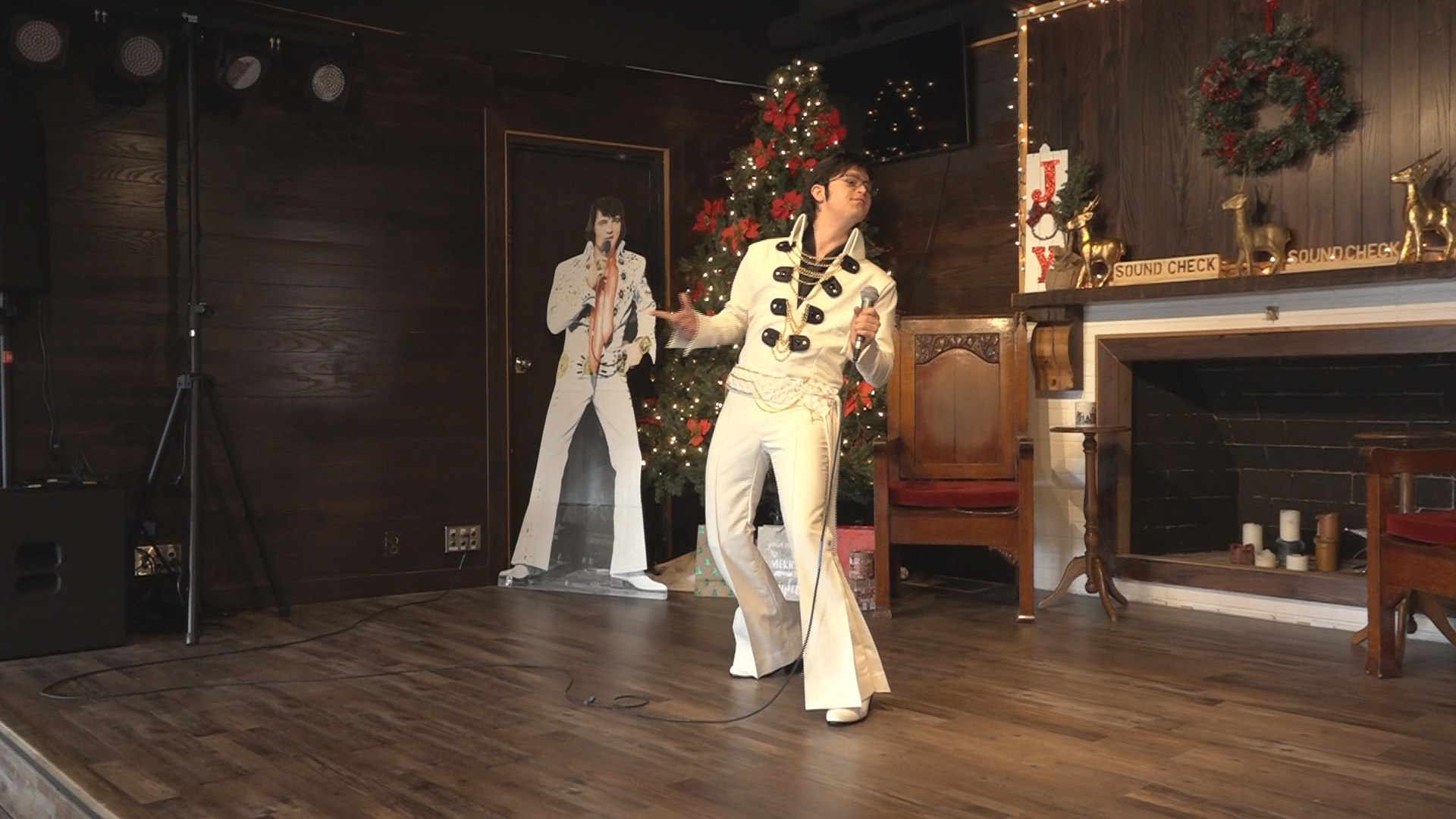 LOWELL, Mich. — Even though he's been gone for more than 40 years, Elvis Presley is still regarded as one of the most significant cultural icons of the 20th century. His music and movies are timeless.

Since Elvis' sudden passing in 1977, new generations have had a chance to truly learn about and listen to the impact 'The King' made on the world.

Elvis' music will forever live on, and many people have made careers out of trying to impersonate him, including a West Michigan teenager who is currently doing the same, despite having been born with Down Syndrome.

"This wasn't my encouragement at all," said Cheryl Doyle, Liam's mother. "This all started for him in 2016 and he's been hooked on Elvis ever since."

It was during that year Liam was watching an episode of the hit TV show 'Full House,' which occasionally featured the character Uncle Jesse - portrayed by actor John Stamos - dress up and perform like Elvis Presley.

"I remember the episode when [Stamos] sang 'Suspicious Minds,'" said Liam, 17. "I knew then what I was made for."

"I felt like Elvis had put his hand down and pulled me up by his belt," Liam Joked. "I think hw was so amazing."

Over the last four years, Liam has listened to and memorized almost every Elvis song, from all of his greatest Rock-n-Roll hits to all of his Church hymns and Christmas music.

"He would sing Elvis songs in the house all the time," said Cheryl. "My husband and I eventually got him a voice coach so he could sing the songs better.

"This was his passion and I didn't want turn him from it."

After Liam had all the songs burned into his brain, he started getting some 'Elvis Bling.' He has a collection of jumpsuits, colorful scarfs, gold-rimmed sunglasses and chain necklaces, which he wears when he performs.

Credit: 13 ON YOUR SIDE
Liam Doyle has traveled as far west as Las Vegas and as far east as Saint Maarten to perform as Elvis Presley, despite having Down Syndrome.

Liam Doyle has become an 'Elvis Tribute Artist,' joining around 30,000 other worldwide.

"We've been to Las Vegas and on cruises where Liam has performed as Elvis," added Cheryl. "He puts on quite a charming show."

Not only does Liam have all the lyrics memorized, he has all those patented Elvis Presley moves down, too, including but not limited to the arm waggle, the hip thrusts and that toe-tap.

"Elvis had everything," Cheryl said. "He had the looks; he had the voice; he had that performance charisma with the audience."

Liam hopes to make a career out of being an Elvis Tribute Artist.

"I just really like performing so much," Liam said.

Cheryl says she may have to hire an agent or a manager if Liam's career truly does take off.

"Liam may be the only Elvis Tribute Artist with Down Syndrome," said Cheryl. Sometimes I just have a feeling that Elvis is right there with us looking over our shoulder when Liam is performing.

"Liam just wants to help keep the legacy alive of Elvis and his music and all the good things Elvis brought to the world."

Liam Doyle will be performing close to 30 Elvis Presley songs, during a concert that will be streamed Friday, December 4, beginning at 7:30 p.m.

Liam will sing for an hour, covering many of Elvis' greatest hits as well as Christmas favorites.

The concert is free. 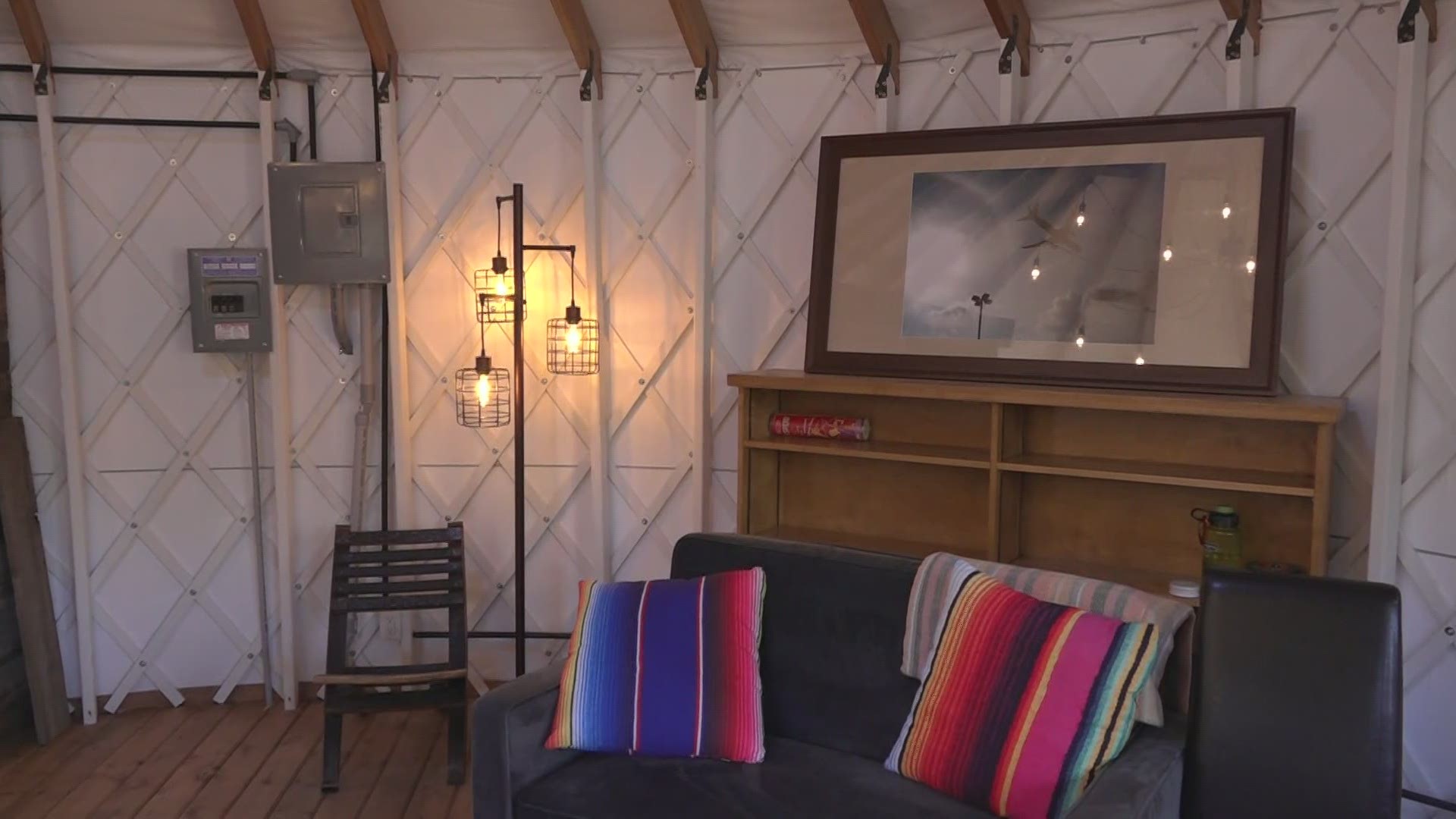