"We see homeless people in our area all cold and without hats and we wanted to solve that." - Crosby Taylor 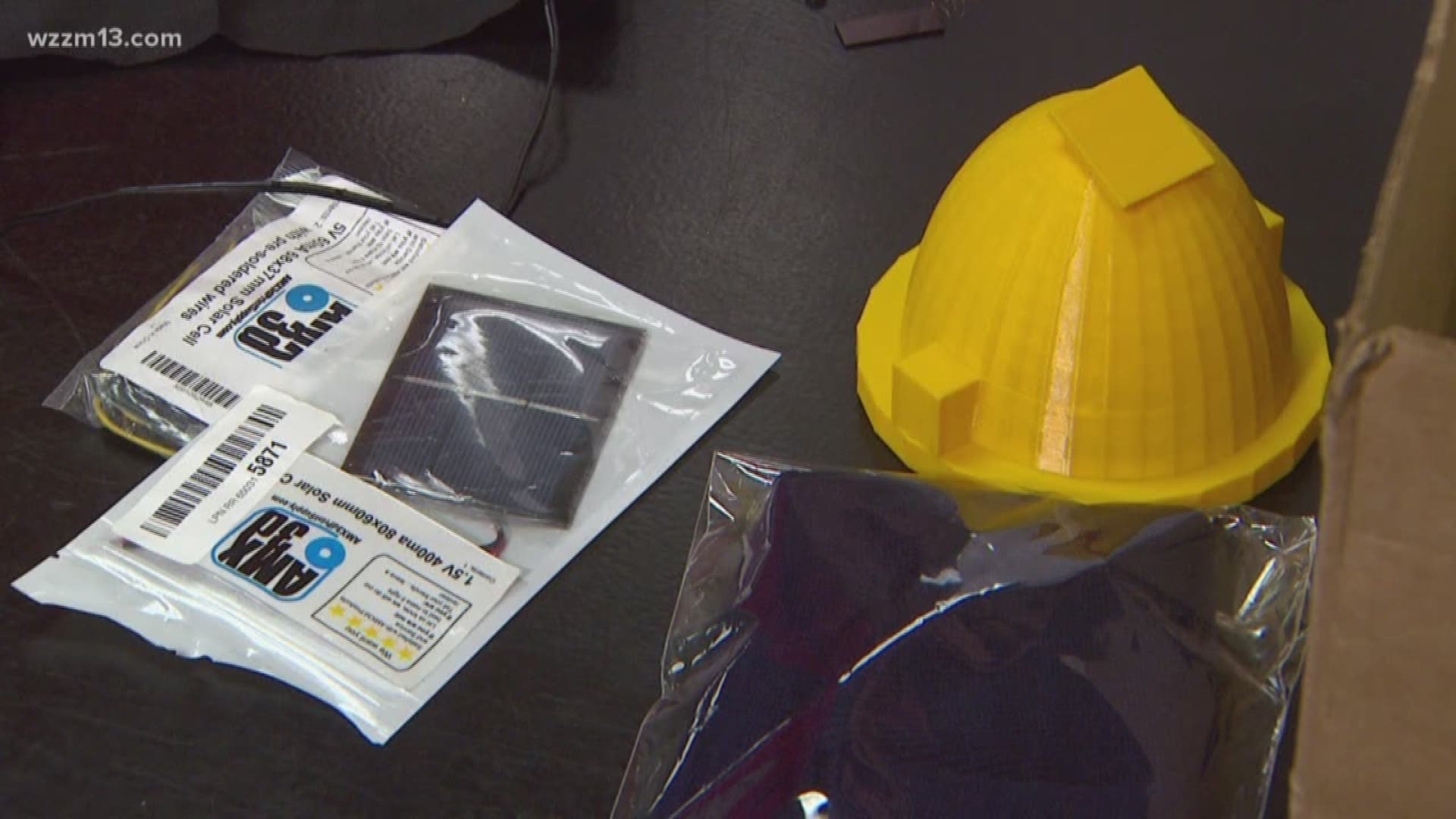 COMSTOCK, Mich. — Throughout history, new technology has always been meant to help transform society. Two sixth graders from Kalamazoo are doing just that, after their invention to help curb homelessness won a Michigan contest, and has catapulted into the national spotlight.

Crosby Taylor, 11, and Brady Caswell,12, are sixth graders at Comstock STEM Academy in Comstock, Mi. The pair developed a hat that could capture energy from the sun, using that energy to keep warm when the sun is behind the clouds or has gone down.

"We call it the Solar Sunroof," said Caswell. "It's a winter hat with solar panels on it and the solar panels will charge a heating pad which will keep your head warm."

The idea was initially developed for Western Michigan University's 'Innovation Day' which was held on December 7 of last year. Crosby Taylor and former Comstock STEM Academy student Aiden Wall presented the idea and it was very well received.

"I'm always thinking about how I can fuel the student's passion, creativity and interests," said Chris Chopp, principal at Comstock STEM Academy. "This is an awesome opportunity for these two students."

Aiden Wall recently transferred to a different school, which opened the door for Brady Caswell to join Taylor.

The pair have since continued to develop the invention, using inspiration they received from a recent visit to Bronson Park in downtown Kalamazoo.

"We see homeless people in our area all cold and without hats," said Taylor. "We wanted to solve that."

Through trial and error, the students have yet to get the Solar Sunroof to work, but they don't plan to stop trying anytime soon.

"We've contacted Western Michigan University and hope to interview some people who are studying solar panels on their solar panel racing team," added Taylor. "Talking to college students who are working with solar might help us."

Crosby and Brady have created a prototype using Tinkercad, which is computer software used for 3-D design. They've also gone online and purchased products they believe will help their invention eventually come to life.

While the kids continue to tweak their invention, the school recently decided to enter it into "Samsung's Solve for Tomorrow" contest.

"The competition is for anyone in 6th through 12 grade," added Chopp. "We're excited because the Solar Sunroof was selected as one of five finalists in the state of Michigan."

On January 3, 2019, Samsung unveiled the 50 state winners and the Solar Sunroof was chosen as the Michigan winner. It beat out efforts invented by middle and high school students around the state.

"Winning the state of Michigan has earned our school a $20,000 prize package for our school, including Samsung technology and other classroom resources," added Chopp. "These 6th graders are very excited that their invention beat 12th graders."

While Crosby and Brady continue to work toward and be hopeful for a fully-functioning Solar Sunroof product, they're now in position to compete for the national grand prize in the Samsung contest.

"We have a chance to make some money for our school and it's a product that will help homelessness," said Caswell. "I'm very excited to be a part of this."

The two students are currently working on a video which must be submitted in early February in order for them to move on to the next round of the competition. After that, online voters will select ten of the 50 state winners who will earn $50,000 prize package for their school as well as a trip to present their idea to judges in April.

The overall national winner will receive a $100,000 grand prize.

"The boys are not short on enthusiasm," said Chopp. "They're excited to see how this all plays out."

If you know of a story that should be featured on "Our Michigan Life," send a detailed email to 13 On Your Side's Brent Ashcroft: life@13OnYourSide.com.