For 24 years, the Milwaukee Clipper ship has been docked on Muskegon Lake. A local group wants to breath life back into the 117-year-old ship, but that's up to YOU! 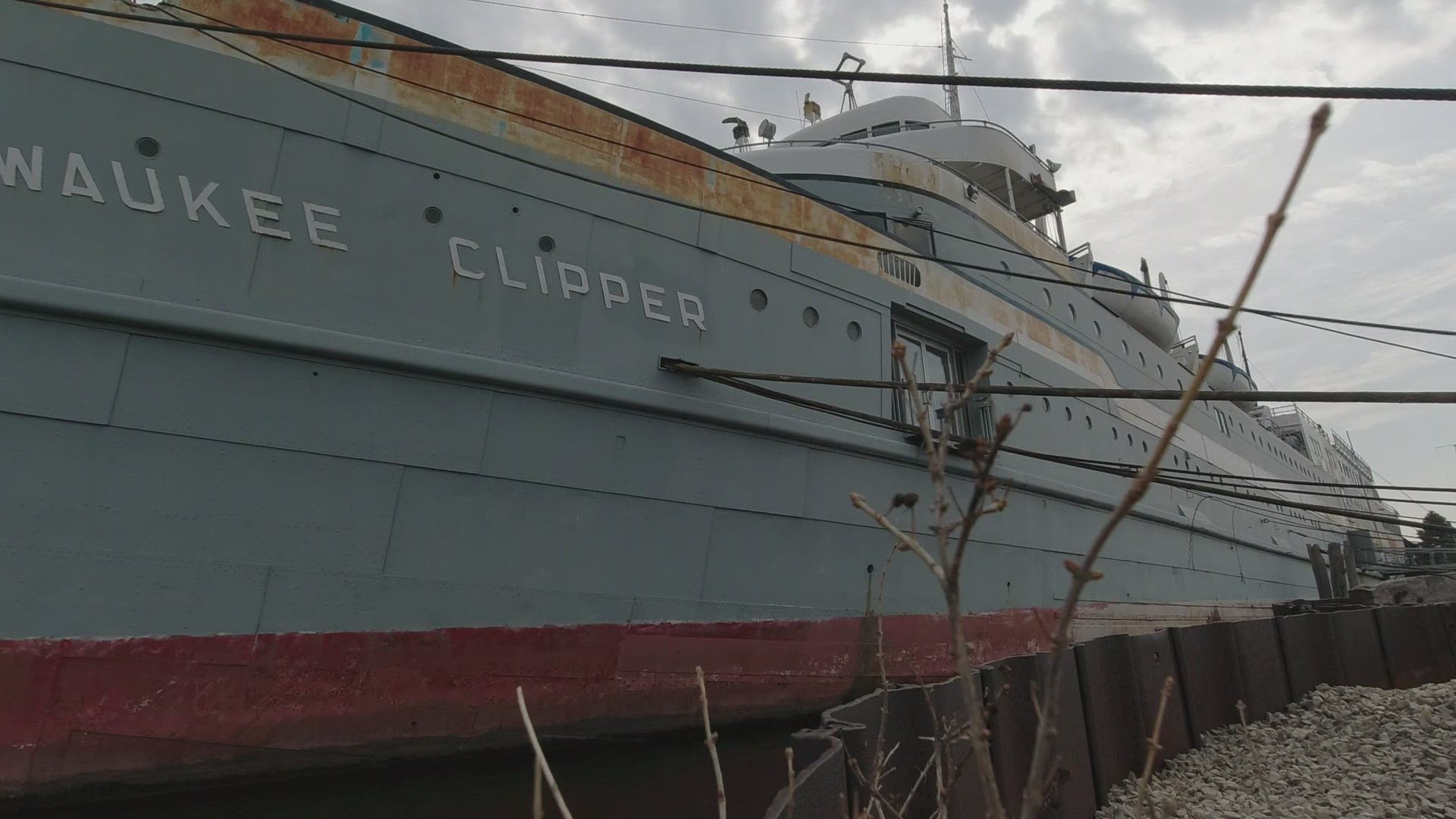 MUSKEGON, Mich. — Few things exist anymore that pre-date the RMS Titanic, which was a British passenger liner that sank in the North Atlantic Ocean on April 15, 1912, after colliding with an iceberg during her maiden voyage from Southhampton to New York City.

A docked ship in Muskegon, Mich. - the Milwaukee Clipper - does pre-date the Titanic, and a local group has galvanized, with hopes of renovating the historic passenger steamer back to how it looked in its hey-day.

For that to come to fruition, the group is hoping to recruit several volunteers whose skills can help make it happen.

"The ship first launched December 22, 1904," said Ray Hilt, 85, who is a board member of the 'S.S. Milwaukee Clipper Preservation Association,' which is a 501 (c)(3) tax-exempt non-profit organization. "Her name was 'Juniata' back then."

The 361-foot passenger steamer was the epitome of first class travel on the Great Lakes through the early to mid 1900s. Carrying 350 passengers in staterooms, the Juniata sailed between Buffalo, New York and Duluth, Minnesota.

"It has the last existing quadruple-expansion steam engine, which is original to the ship," Hilt said.

A year later, Sand Products Corp. of Muskegon came up with a plan of building a new steamer for cross lake service, so they purchased the Juniata. Late in the year of 1940, the Juniata was brought to the Manitowoc Shipbuilding Company in Wisconsin where her wooden superstructure was removed and replaced with all steel - the first design of its type in the world.

The new version of the ship featured air conditioned staterooms, a movie theater, live entertainment and a dance floor.

"There was a telephone booth onboard so passengers could make collect calls to shore," said Hilt. "That wasn't heard of in the 1930s and 1940s."

On June 2, 1941, the ship's name was changed to S.S. Milwaukee Clipper, and on the very next day, she made her maiden voyage to Muskegon.

"The Clipper carried thousands of passengers and cars between Muskegon and Milwaukee from 1941 until she was retired in 1970," Hilt said. "In 1977, the ship was sold to a Chicago businessman and was towed to Navy Pier in Chicago, before moving to Hammond, IN. in 1990."

"That's when things got interesting," Hilt said. "In 1996, the Clipper was moved to the Hammond Marina to make room for a new casino boat, and was offered for sale. "In 1997, we formed our Clipper Preservation Group and were able to purchase the steamer for 1 dollar."

That may have been the best buck ever spent in the history of mankind because when the Clipper returned to the Port City on December 2, 1997, not only was it in good shape, everything was still original, right down to the furniture that was on the steamer in 1941.

Hilt and the rest of the Clipper Preservation Group members decided they wanted to renovate the ship, try to return it to exactly how it looked in 1941, and hopefully turn it into a public destination for events.

"There's been a tremendous amount of work done," Hilt said. "The pilot house, main lounge, cafeteria, grand stairway and some of the state rooms have been renovated, but there's so much yet to finish."

The group was able to recruit volunteers back in 1997 to help with the renovations, but most of those volunteers have become too old and unable to climb up and down the stairs on the ship.

Others have passed away.

"Our volunteers are dwindling," said Brock Johnson, 17, who is the youngest member of the Clipper Preservation Group. "We need more help."

The group says they need painters, welders, tile layers, electricians and skilled carpenters who are willing and able to donate their time and skills to bring the Clipper back to life.

Hilt and Johnson are asking West Michigan community members far and wide to offer their skills, because all of the plans and ideas the preservation group had for the Clipper can't happen until the ship passes muster with the City of Muskegon's building codes.

"We are not considered a ship; we're a building," said Hilt. "All along, we've wanted to turn the Clipper into an event destination for weddings, class reunions and proms, but that can't happen until we meet code."

One of the biggest issues is that the Clipper is not handicapped accessible. It wasn't built to be because that wasn't a consideration in 1904.

"We have to comply with ramping," Hilt said. "That requires volunteers willing to help build ramps."

"Because of COVID-19, we had no income last year," Hilt said. "We had a few volunteers help, but we need many, many more."

The Clipper restoration volunteer season is fast approaching. The main work is done each year between the months of May and September, Thursdays through Sundays, from 10:00 a.m. to 5:00 p.m. each day.

"Come down to the ship," Johnson said. "We would love the help."

If you're not able to physically help aboard the ship, the Clipper Preservation Group is accepting donations, which can be mailed to: The S.S. Milwaukee Clipper. P.O. Box 1370, Muskegon 49443 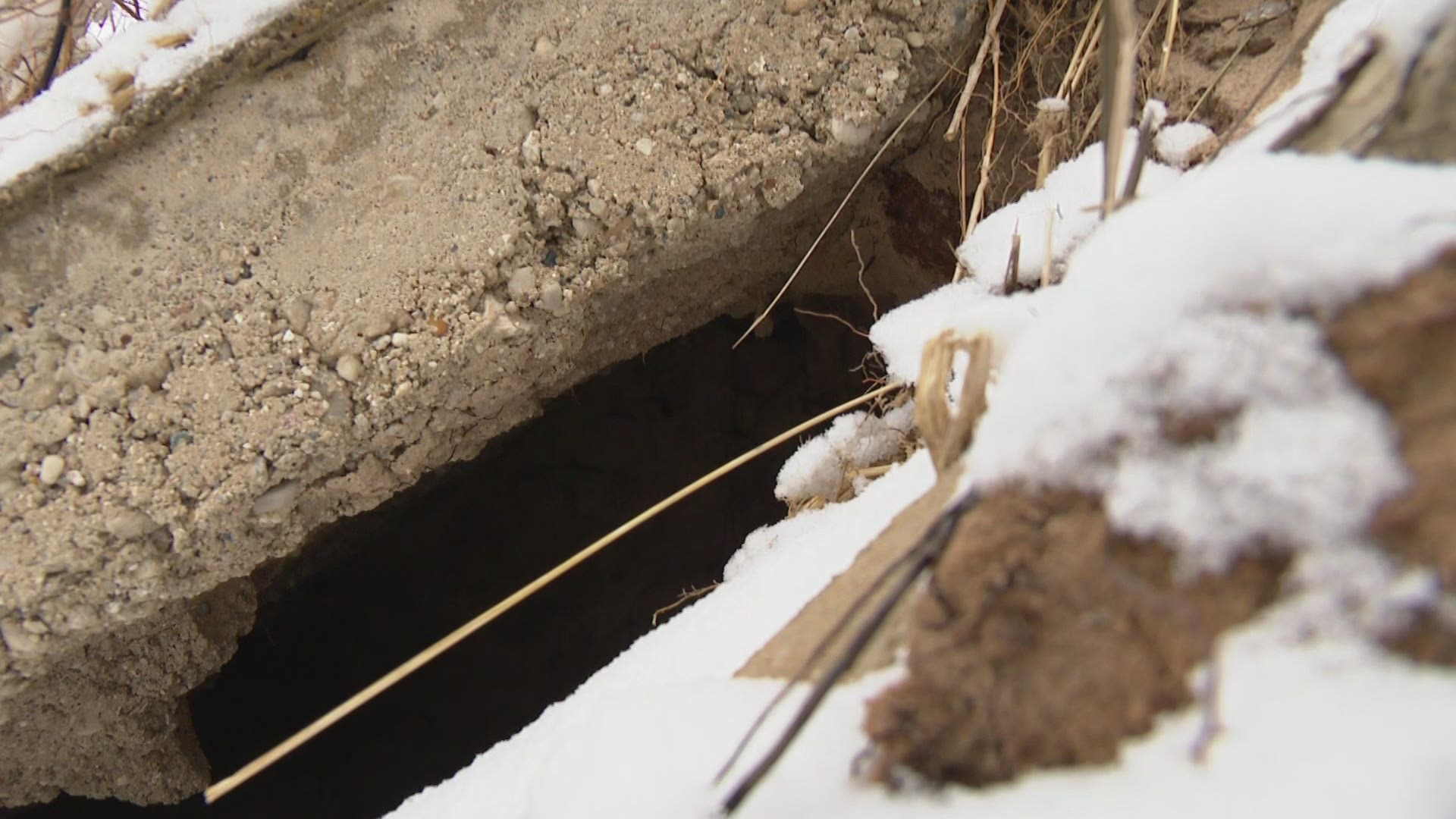