Robert Priefer, 99, captained the Milwaukee Clipper from 1960-1969. He can recall the ship's hay-day like it was yesterday, including his unique rise to the top. 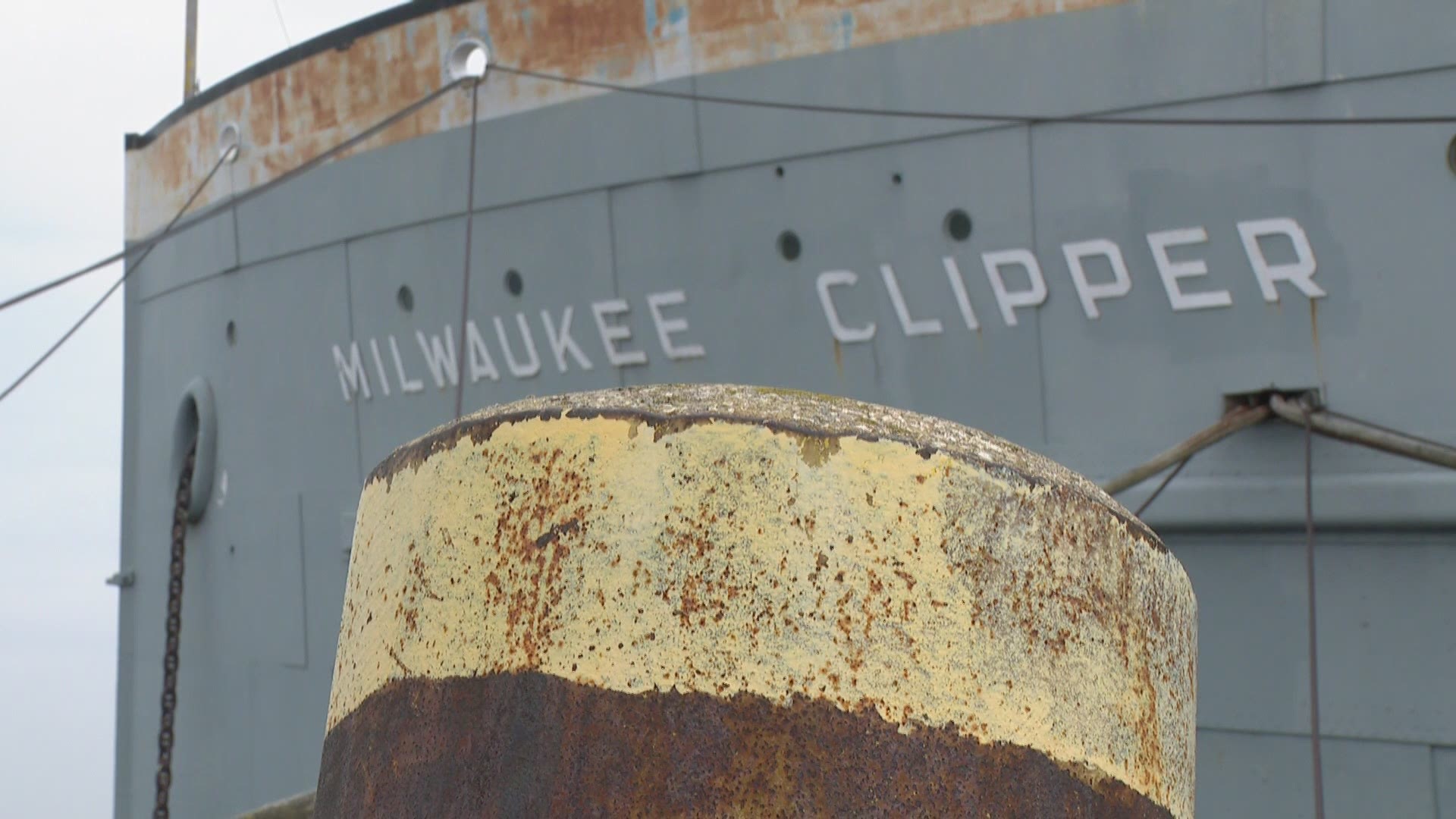 MUSKEGON, Mich. — Built before the RMS Titanic, the S.S. Milwaukee Clipper was at one time the most popular passenger steamship on the Great Lakes. Even though the ship hasn't operated in 51 years, stepping on board today is like taking a trip back in time, and if you're lucky, the last captain may be on board to great you with story after story of the liner's hay-day.

In 1941, Robert Priefer got a job working aboard the S.S. Milwaukee Clipper, and he didn't truly get off the historic vessel for nearly 30 years.

Priefer's assent during his sailing career as quite unique, and in many ways, impossible. His first job aboard the Clipper was as a dishwasher.

"I was a Pearl Diver," Priefer joked. "That's what the ship's dishwashers were called back then."

Every single year Priefer came back to work on the Clipper, he got a promotion.

"I never wanted to be a sailor, but my father and brothers were in the shipping industry so it became my calling, too."

Priefer worked his way up the ranks, obtained his pilot's license, and 19 years after first stepping foot on the Clipper, he became its skipper.

"It was a long distance for a lot of people."

Priefer was the ship's captain during its last decade of operation. As one might imagine, he has many memorable stories to share.

"There were times when bad weather arose," Priefer recalled. "I remember one time there was something coming out of the northeast, the sea was getting rougher, and [the Clipper] dug her nose into a big swell and we took on a couple tons of water.

"When you have that much water coming down a confined space, it's a problem. It poured into the portholes and flooded the club lounge."

With a smirk, Captain Priefer then said, "You don't want to be a heavy weatherman; they're all on the bottom of the lake."

The captain also remembers a couple times when he had to get on the Clipper's speaker system and yell, "Overboard."

"We had a gal onboard who jumped over the side," Priefer recalls. "I remember turning the Clipper around and having crewmembers have to go fish her out of the water."

Priefer adds that they managed to rescue her with a lifeboat, got her back onboard, then got back underway to the destination.

Credit: Robert Priefer
Robert Priefer, 99, was the captain of the S.S. Milwaukee Clipper from 1960-1969, which was it's final year of full service on the Great Lakes.

Another anecdotal story Captain Priefer likes to share is about when the Clipper's owner's dog jumped over the side and into the lake.

"One of my crew notified me that something went overboard," Priefer said. "We didn't know what it was, but protocol requires us to turn around and check it out."

They'd eventually see something splashing in the water and realized it was a dog.

Once again, Captain Priefer had to deploy crewmembers aboard a lifeboat.

"The lifeboat was so high out of the water, they couldn't reach the dog to get him into the boat, so the third mate had to jump into the water, and that allowed the dog to climb right up his back and into the lifeboat.

"So, we saved the dog but almost drowned the third mate."

For the past 20 years, the S.S. Milwaukee Clipper Preservation Association, which is a 501 (c)(3) tax-exempt non-profit organization, has been working hard to renovate the ship, which is currently docked near Lakeside in Muskegon.

"I think what they're doing has the potential," said Priefer. "This is what we need to do is bring this thing [back to life], so people can appreciate what their grandparents went through and experienced to get to where we are today."

While the S.S. Milwaukee Clipper continues getting renovated, the ship is open to the public and hosting events:

* July 30th and August 13th, documentaries will be shown in the ships onboard theater.

* September 6 (Labor Day), there will be a 'Members Only' party onboard the Clipper. 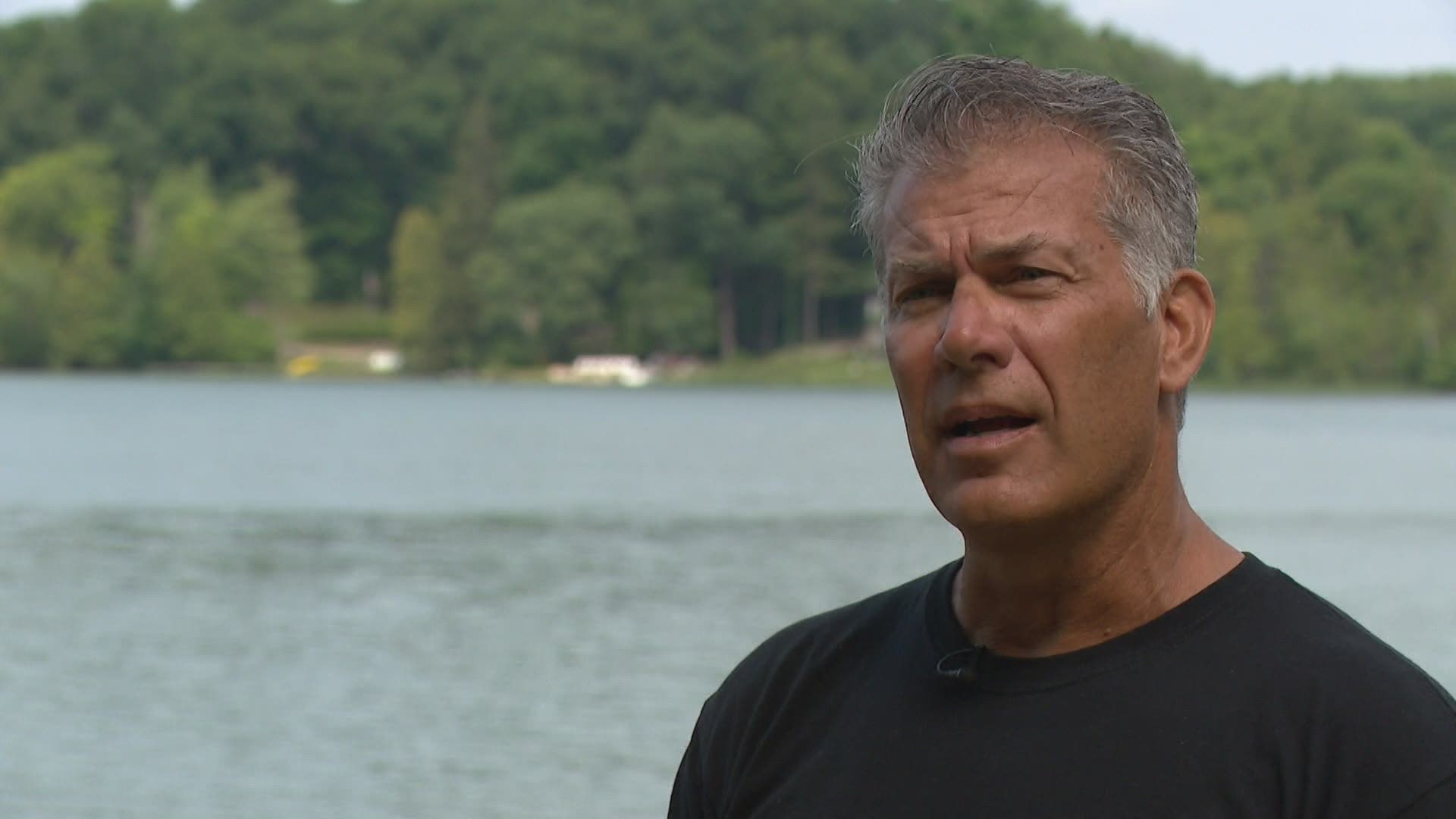