Classic cars can be pricey, with some rare vehicles ranging from tens of thousands to a million dollars, or more. 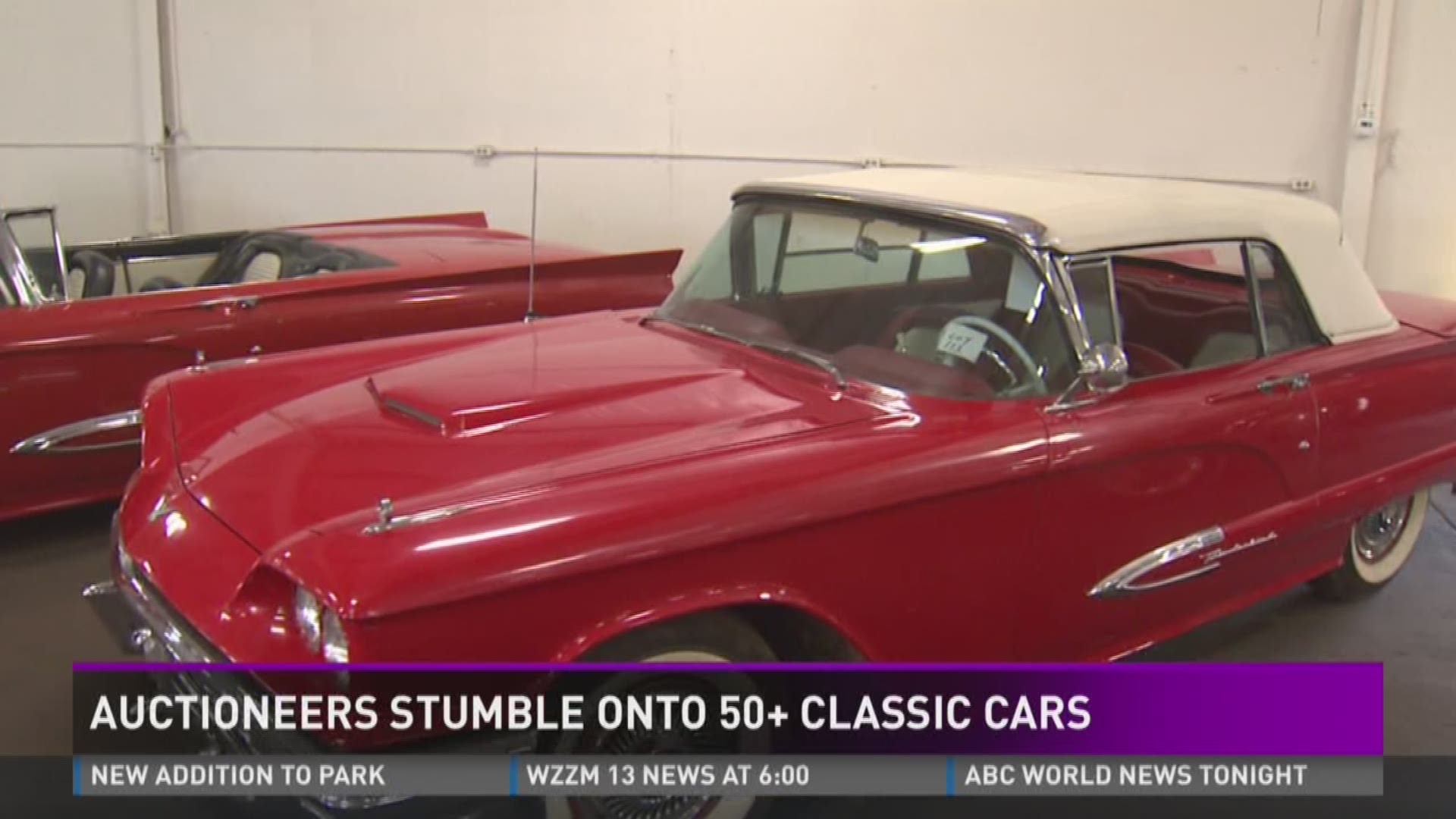 Classic cars can be pricey, with some rare vehicles ranging from tens of thousands to a million dollars, or more.

So, finding them isn't easy -- especially classic Ford Thunderbirds. But operators of a West Michigan auction house say they answered a call from a family asking them to sell off an unusual collection.

The sellers, who are choosing to remain anonymous, wanted to meet and show them their northern Kent County barn -- full of cars.

It was truly an amazing find for Scott Miedema, who is the COO of repocast.com, an auction website run out of Wayland, Mich.

"We met with the family at an offsite restaurant, and they escorted us to their property," Miedema sad. "Once we got there, we opened the doors to the barn and inside was a plethora of classic cars."

More than 50 cars, with the majority being Ford Thunderbirds, ranging from the early 1950s to the 1970s. There's even a rare 1932 Ford Model B and a 1947 Pontiac Convertible in the collection.

"Many of the vehicles are rare and are still in great condition," Miedema said. "None of the cars have been driven in over 30 years.

"It was like a scene out of one of those reality TV shows like 'American Pickers' or 'Hoarders.'"

Miedema hauled every car from the northern Kent County location to his Repocast.com showroom in Wayland, where they've been sitting on display, and being individually prepared before they go to auction, which is scheduled for Wednesday, Aug 10.

"The auction is open to the public and will be online only," said Miedema. "It will go from 8 o'clock in the morning until 7 o'clock at night.

"If people want to come to our showroom and see the cars in person, they can do that between the hours of 9 a.m and 4 p.m."

The Repocast.com showroom is located at 3450 12th St. in Wayland.

"People interested in placing online bids will need a credit card to register," Miedema added. "Pre-bids can be placed now on our website, but nothing goes public until 8 a.m. on Wednesday."

Miedema says if all the cars move at auction, he estimates they could bring in close to a half-million dollars.