"Maybe somebody who sees the picture can tell us, 'Hey, I know what that is,'" said Norma Patterson. 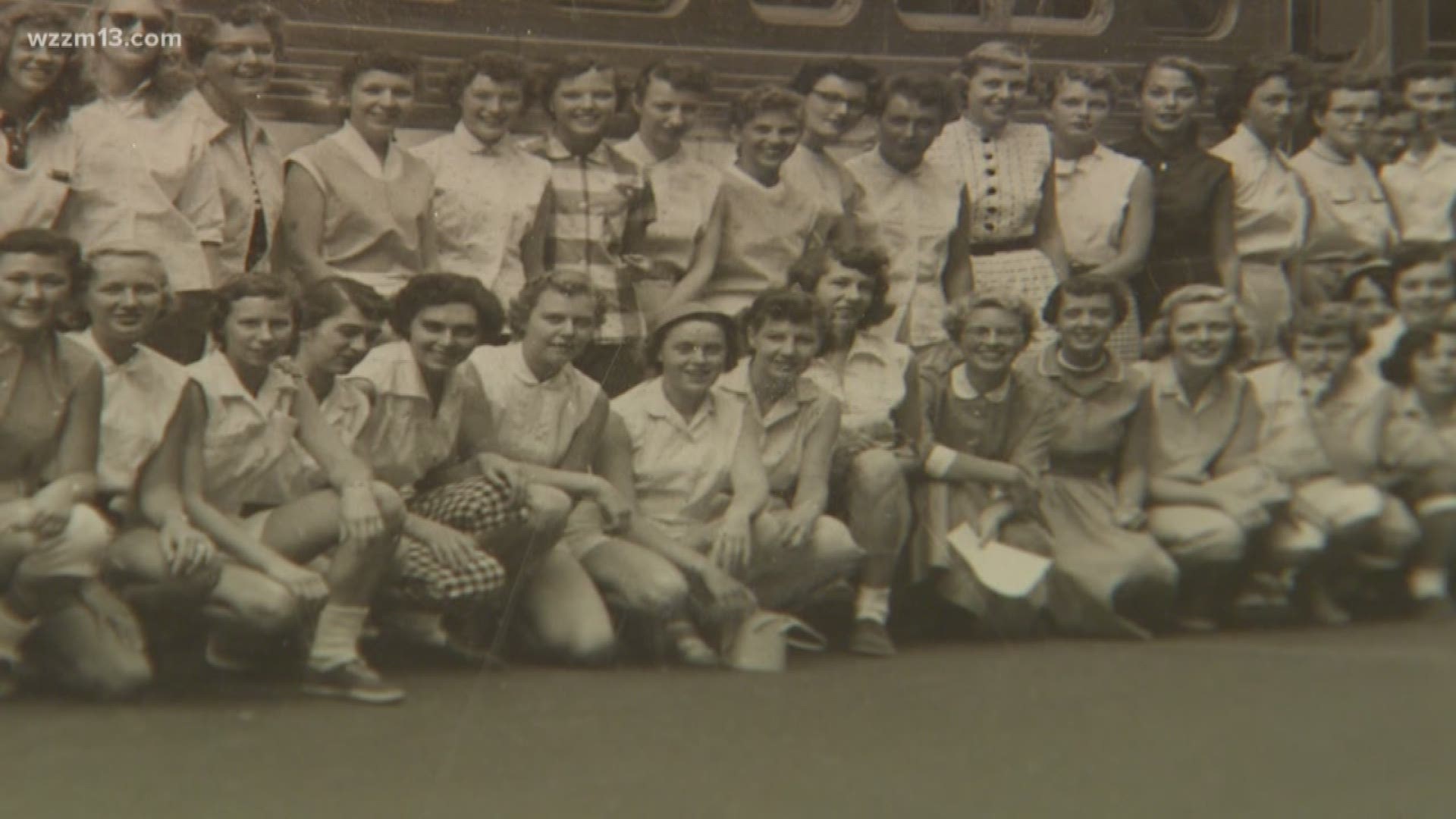 A mysterious photograph that was taken in downtown Grand Rapids, Mich., continues to pique the interest of the West Michigan woman who discovered it eleven years ago.

Soon after Norma Patterson's mother, Lucille French, passed away in 2007, Patterson was tasked with sifting through her possessions to decide what should be kept.

"I found a box and inside the box was this old photo," said Norma, who lives in Comstock Park. "The photo shows 69 women posing with a couple of buses in front of the Michigan Trust Building which is located at the corner of Pearl and Ottawa.

Few clues exist about the picture, said Norma. The image has some writing on the back, which includes the date July 21, 1954, a few scribbled names, and the words, "preferred picnic" and "at Grand Haven."

"The words on the back probably make sense with the photo, but I haven't been able to figure it out," said Norma."My mother was a nurse at Butterworth Hospital, and she's one of the women in the picture, so I wonder if this was some sort of gathering of nurses."

Credit: Chris Patterson
With the hopes of helping his mother solve the mystery of the photo, Chris Patterson (Norma's son) sketched the photo and entered it into ArtPrize. While the art drew a bunch of interest, nobody recognized the image or the people in it.

After she wasn't able to solve the mystery of the photo ten years ago, Patterson says she put it in a drawer and forgot about it.

In early 2018, she got the photo out again and showed it to her son, Chris Patterson, who decided to see if his artistic talent might help get the image in front of some different eyeballs and generate some answers.

Credit: Chris Patterson
Norma Patterson's son, Chris Patterson, decided he wanted to help his mother solve the mystery behind the photo, by sketching it for ArtPrize 10. While many people were drawn to the art, nobody knew anything about the photo or could identify the women depicted in it.

"Chris took the picture and sketched it and entered it into ArtPrize this past September," Norma said. "People were drawn to Chris' interpretation of the photo, but nobody ever contacted us." 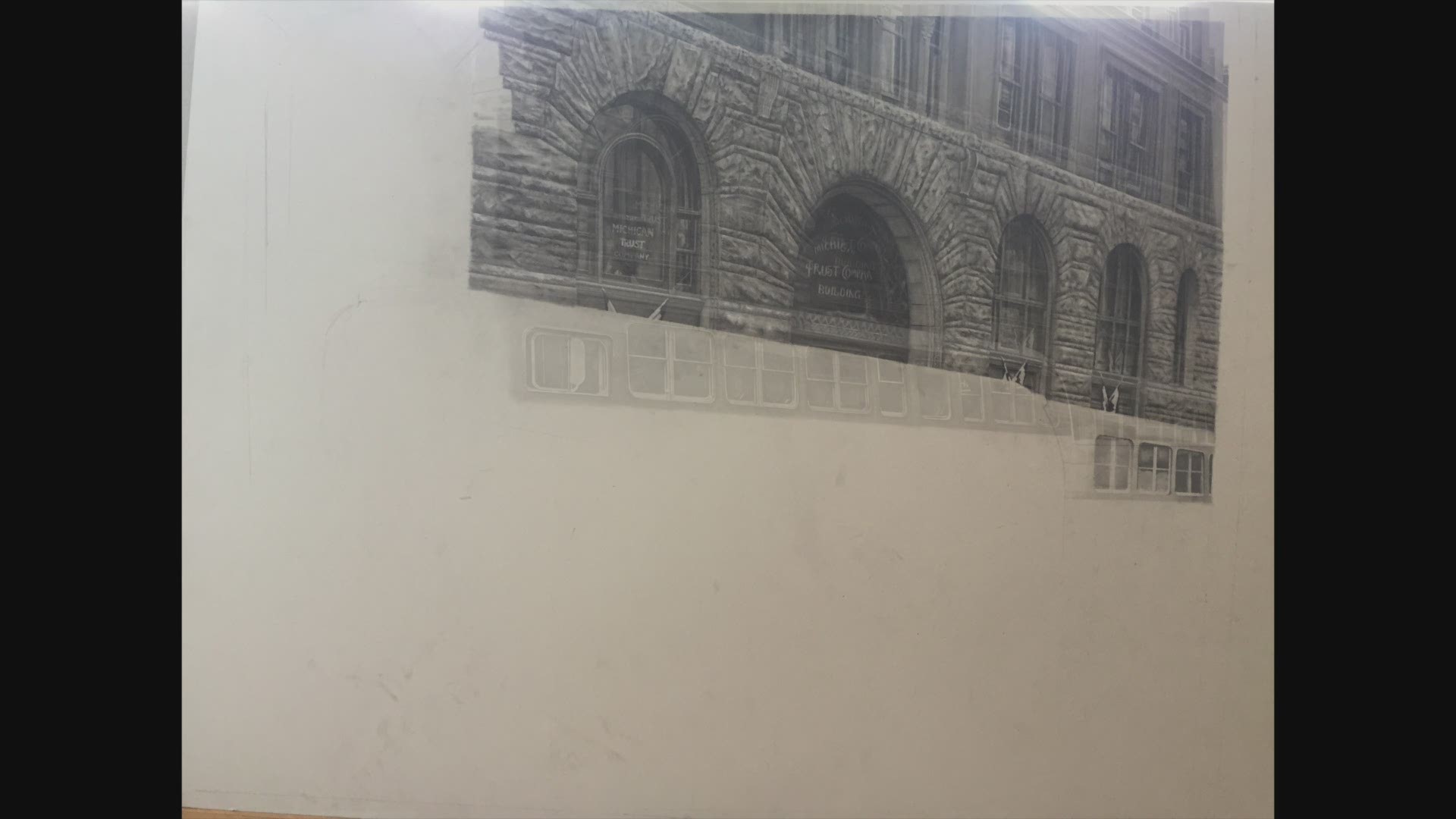 Norma contacted 13 On Your Side's Our Michigan Life with the hopes that getting it on a different medium, and exposed to a different set of eyeballs, they mystery behind the photo can be solved.

"We'll figure out out," Norma said confidently. "If this doesn't work, my next step will be to take the photo to the Grand Rapids Public Library and hopefully show it to an archivist.

If you know of a story that should be featured on "Our Michigan Life," we'd love to hear from you. Please send a detailed email to: life@13OnYourSide.com. We'll be sure to follow-up.